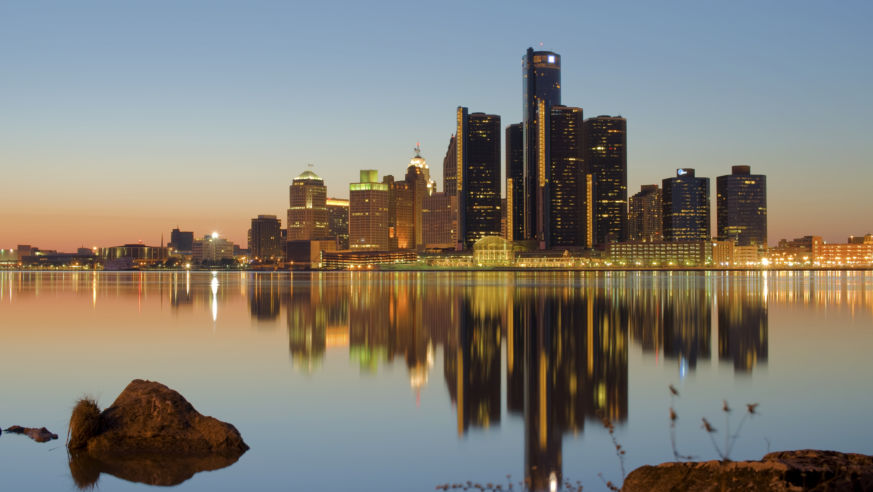 Detroit may be called America's Comeback City, but there are other words to describe its recent revitalization: cultural, culinary, and community. The Motor City has welcomed in some new additions alongside long-time favorites to further bring back its vitality. Here's how to make the most of your trip.

Learn from the locals

Detroit natives know their city best, so of course they should show you around. Started by a long-time resident to give visitors an insider's perspective,The Detroit Experience Factory holds guided walking and bus tours to areas from downtown to midtown that cover everything from architecture to food tastings.

View colorful murals on each floor of "The Z"

City parking garages are usually not very visually appealing, but "The Z" certainly has a lot of color. Opened in early 2014, this 10-floor garage near the corner of Library and Gratiot actually doubles as a gallery space—walls on each level have been turned into canvases featuring murals or street art that have been designed by 27 artists from around the world.

Opened in the summer of 2015 near the Detroit Riverfront, the DNR Outdoor Nature Center features replicas of natural settings, hands-on exhibits, and educational displays designed to show local families all that Michigan's outdoor recreation scene has to offer. Visitors will encounter everything from a giant oak tree to a waterfall area and even a yurt where youngsters can play while their parents learn where to go camping.

See what's made in Michigan

By turning a foreclosed warehouse in Detroit's Corktown into an inexpensive rental property, Ponyride has become a co-working space for a mix of organizations, businesses, and entrepreneurs—it's open to the public Wednesday afternoons at 2 p.m. and you can quietly observe the tenants at work. In the Midtown area, the Cass Corridor Design District has stores with localyl or regionally handcrafted merchandise that any shopper would crave. City Bird, a brother and sister owned shop, also carries their own line of Detroit and Great Lakes-themed pieces. And though Shinola is more on the high end, you'll marvel at watches, bikes, and leather goods—plus moderately priced journals.

As with manufacturing, I'm happy to report that Detroit's restaurants are also thriving. Newcomer Chartreuse Kitchen & Cocktails supports local farmers with seasonal menus and serves its namesake botanical liquor straight or in cocktails. Fellow newbie Selden Standard is a hot spot with its small plates and craft cocktails. Long-timer Traffic Jam and Snug has an onsite dairy and a rooftop garden with fun interior décor made up of antique shop treasures and other pieces donated by customers. At the historic Eastern Market, find vegetable, fruit, and specialty vendors and grab breakfast or lunch at Russell Street Deli. Back Downtown, try a Coney Island dog, a local favorite, and weigh in on which place serves it up better: American Coney Island or Lafayette Coney Island.

Go for a stroll in Belle Isle Park

Designed by Frederick Olmstead, known for his work with NYC's Central Park, Belle Isle Park is a 985-acred island park with a number of attractions along the Detroit River. It contains the oldest aquarium in the United States, a conservatory, a fountain, athletic fields, and Dossin Great Lakes Museum, where you can learn all about the area's nautical history. You'll also find nice views of neighboring Ontario.

Do a day trip to Dearborn

About 15 minutes from Detroit Metropolitan Airport, Dearborn is home to a number of sites linked to the Detroit's motor legacy. The Henry Ford Museum and accompanying Greenfield Village offer insights into the man who modernized the auto industry. The museum contains significant objects symbolizing American innovation and history, like Abraham Lincoln's chair from Ford's Theatre. Greenfield Village takes you back in time with places from Ford's youth mixed in with structures belonging to fellow innovators like Thomas Edison. Along with seeing Ford's past, learn more about his company at the nearby Ford Rouge Factory Tour—visitors can watch the assembly line for the Ford F-150 truck plus two videos on the plant's legacy.

If you're seeking some time by the lake, head to Ludington and Grand Haven in Western Michigan for outdoor exploration and small-town finds.

Visit the lighthouses in Ludington

Once home to a major lumber industry, Ludington keeps vacationers coming back with natural attractions. Take a ride on theSilver Lakes Sand Dunes—let Mac Wood's Dune Rides do the driving and take a spin on one of their 40-minute excursions. Do your own exploring in the massive Ludington State Park by boating, hiking, or relazing on the beach. Michigan has the most lighthouses in the U.S. Pay a visit to Big Sable Point Lighthouse within the park and nearby Little Sable Point Lighthouse, which opened to the public in 2006. For a small admission fee, you can climb up the staircase and spend some time on the lookout area.

At House of Flavors, expect a line out the door at this diner and ice cream institution with classic flavors and in-house creations like the Blue Moon. The Jamesport Brewing Company offers good meal options with beer choices extending to German lagers and American ales.

Called Coast Guard City USA due to lengthy ties to this military branch, Grand Haven is based at the mouth of the Grand River and graced with beaches, bike trails, and a boardwalk. Though summertime brings out attractions like a majestic Musical Fountain, Grand Haven offers activities year-round. Plus, there's more to do beyond the water. For a nice nature walk, head to Rosy Mound, a system of dunes with wooded hiking trails and a beach area. Shoppers will find a lot of choices in the downtown area and you can hop on a historic trolley tours to see more of Grand Haven. Don't miss the annual Grand Haven Coast Guard Festival, a 10-day celebration that honors these U.S. servicemen and women with various family-friendly events.

Get a meal atKirby Grill, an American restaurant with nice deck views and a selection of salads, sandwiches, and pizzas. Beer connoisseurs should head to Odd Side Ales, a brewery inside a former piano factory with an inventive list ranging from light Citra Pale Ale to dark Mayan Mocha Stout.

This article was written by Michele Herrmann, a travel and lifestyle writer/editor who contributes destination features and travel advice pieces to various media outlets. To date, the farthest she's ventured to is Fiji, along with much of Europe and a good deal within the U.S. For more travel stories, check out her blog, She Is Going Places.