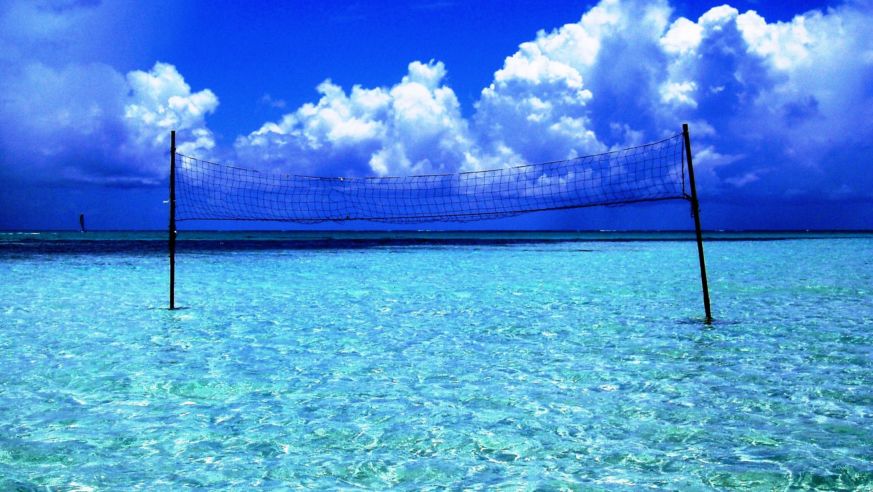 This article was written by Sarah Greaves-Gabbadon and originally appeared on Yahoo Travel.

You’ve soaked up the sun on Seven Mile Beach; swum with the rays at Stingray City; and dived the island’s famous North Wall. So now you think know Grand Cayman. Think again. Beyond George Town’s duty-free shops and the swanky resorts of the Seven Mile strip, there’s a side of this 75-square-mile territory that islanders have been keeping to themselves. Until now. Here are eight fun and unexpected ways to experience Grand Cayman like a local, no snorkel gear required.

Flip out with the flip flop tree

A flip-flop tree grows in Grand Cayman. And it has more than 2,600 followers on Facebook. Really. So peel yourself off that chaise and hop in a cab to see the (dead) casuarina tree along the South Sound coast road that’s embellished with hundreds of sandals, shoes, sneakers, and thongs nailed to its trunk. The ever-evolving installation was started back in 2008 by two residents who wanted to draw attention to the garbage discarded on the island’s shores by displaying stray sandals they found on the sand. Now islanders are memorializing their own flip-flops on the tree, and the footwear fiesta has reached heights of more than 15 feet and has begun migrating to a neighboring trunk. Bring your worn-out skimmers and add a shoe to the collection. Just remember to dispose of the other foot responsibly.

See the stars—starfish that is

Let the cruise-ship hordes head for Stingray City; Caymanians cruise instead to Starfish Point, on the northeast tip of the island, where, depending on the season and tide, scores of red cushion starfish sit in gin-clear, knee-deep water. They gather here to feed on micro-organisms found on the white-sand seabed, presenting the perfect opportunity for you to snap a photo with the sea stars. Just don’t lift them out of the water; they can’t breathe properly unless submerged. And don’t even think about taking one home as a souvenir—that’ll get you a $500,000 fine or 10 years in the slammer.

Related: Cayman Islands to Build Cruise Port That Could Destroy the Environment

You’ll never go hungry on an island with more than 200 restaurants. But you might just go broke. Grand Cayman is one of the Caribbean’s priciest destinations (its currency is worth even more than the U.S. dollar) and dining out is no exception. But if you’re in town on a Wednesday night you can save as you savor by joining local foodies on the Flavour Tour at Camana Bay. For just $89 a person you’ll enjoy a tasty four-course progressive dinner (each course served at a different restaurant in the retail village) as well as pre- and post-dinner drinks at West Indies Wine Company. Four not-so-small plates plus six cocktails for less than 100 bucks? Sold.

Relax on a gem of a beach

Stroll the Seven Mile Beach strip on any given day and you’ll see conventioneers escaping air-conditioned conference rooms and well-oiled tourists basking in curtained cabanas. What you won’t see is hotel employees hanging out on their day off. That’s because they’re all soaking up the rays at Smith Cove, a petite beach that’s just 10 minutes’ drive away yet feels a world apart. This South Sound gem has absolutely no “scene,” so you can really relax. Restrooms and a few picnic tables are the only amenities, so bring your own beach chair, umbrella, and refreshments. Visit on a weekday and apart from a few locals, your only company will be a flock of vocal chickens pecking their way across the sugary sands.

Sure, you can pick up a shot glass, T-shirt, or baseball cap as souvenir but wouldn’t you rather buy something lovingly handcrafted and unique to the islands? The only answer to that question is yes, and the only choice for one-stop local shopping is Pure Art Gallery & Gifts, a South Sound souvenir store that features Caymanian and Caribbean art and craft items. Must-buys include: straw hats and baskets woven from the dried fronds of the national tree, the Silver Thatch palm, and jewelry made from Caymanite, a semi-precious stone only found here.

Recreational diving got its start in the Cayman Islands, but you don’t have to be a diver or snorkeler to explore its fish- and coral-filled depths. Atlantis Submarines takes adventurers 100 feet below the surface, no breathing apparatus required, and Grand Cayman is the only Caribbean island where you can take a nighttime tour. During 45-minute dives you’ll witness all the ocean’s after-dark attractions, including silvery tarpon, which hunt for prey using the sub’s high-wattage lights. And with excursions timed for pre- and post-dinner hours, you won’t even have to miss a meal.

Related: Crazy Cool Night Activities at Hotels Around the World

Maybe it’s raining. Maybe you’re sunburned. Or maybe you just love air-conditioning. Either way, here’s an indoor idea: Take a cooking class at the Ritz-Carlton Grand Cayman’s culinary studio (launching this month), where resort chefs lead one- to two-hour classes that range from traditional island cuisine to macaron-making and tutorials on carving a cake in the shape of your favorite designer handbag. Kids from four to 12-years-old can get in on the foodie fun at Bon Vivant, a cookware showroom at Camana Bay, where little ones join hour-long cooking demos and leave with a recipe and their own culinary creations.

Have a Funday Sunday

On Sundays Caymanian boaters (and their friends) navigate north to Rum Point, the island’s quintessential Funday spot. There, the day is well spent anchored off the famous Wreck Bar & Grill. Take a dip in the warm waters; swim ashore for a Mudslide (the vodka-, Kahlua- and Bailey’s-laced Mudslide invented here back in the ‘70s); and get to know the locals as you stand in the shallows and chat over a frosty Caybrew beer (or three). See your hotel’s tour desk for boat rental info or hop one of Cayman Luxury Charters’ yachts.