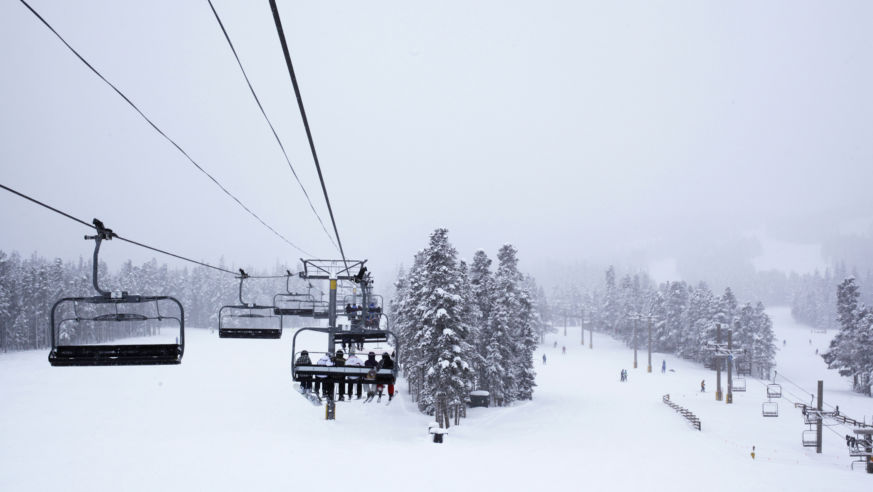 Skiing and snowboarding have always been sports that reward those who plan ahead. The best deals on ski gear can always be found before the season starts, away from the mountains, and not at the base lodge during snow day. Not only that, fresh tracks are always found by those who wake up early enough to catch the first lift.

When it comes to planning your next ski vacation, now is the best time to make your plans, before the first snow falls and the prices spike. By booking early and following a few tips, you can save hundreds of dollars on your next family trip to the mountains. Here's how to book an affordable family ski and snowboarding trip this season.

There are lots of big-named ski areas that you can visit when your goal is to impress your friends, but they don't necessarily offer the most affordable experience. I spoke with Steve Hurlbert from Winter Park Resort, who points out that visitors will find both food and lodging to be less expensive in Grand County Colorado, where the ski area is located, than they will in more expensive parts of the state such as Vail or Aspen. Winter Park Resort is also a shorter drive from Denver, and I've found it to be generally less crowded than most major Colorado resorts.

Skiing is not an inexpensive sport and many of the larger resorts now charge more than $100 per day for lift tickets. Thankfully, many ski areas now sell discounted tickets, but only in the fall. These tickets range from season passes to 4-packs that lock you into discounted prices, but also restrict you to visiting a particular resort. For example, Winter Park sells a 4-pack for $199 and an adult season pass online for just $409 (it's even less for children and seniors), offering substantial savings for anyone skiing four days or more.

Use the right credit card for award flights

If you are thinking about redeeming frequent flier miles to fly your family to a small mountain airport for the holidays, you probably won't have much luck, as most airlines severely restrict award availability during peak travel times. On the other hand, other frequent flier programs don't impose such restrictions on award tickets. The Southwest Airlines Rapid Rewards card from Chase, for example, offers points that can be redeemed for any flight. So you could even apply for a card now and still earn enough points by the end of the year to book an award trip this ski season. Southwest doesn't fly to small airports, but serves cities in the mountain west that are convenient for skiing such as Denver, Salt Lake City, and Reno/Tahoe. In addition, cards like the Capital One Venture Rewards and Barclaycard Arrival Plus World Elite MasterCard offer miles that can be used as statement credits towards any travel expense.

Use your credit card benefits to save on baggage fees

Packing light is a great way to save money when you are visiting the beach, but it doesn't work too well when you are going skiing for a week in the winter. Instead, you can avoid paying a $50 fee per bag each way by having the right credit card. For example, the United MileagePlus Explorer card from Chase offers a free checked bag for the cardholder and a single companion, while the American Airlines AAdvantage Platinum Select MasterCard from Citi offers this benefit to the cardholder and up to four companions. And if you are skiing with a big family or group, the Delta Gold SkyMiles card from American Express offers cardholders a free checked bag for themselves as well as up to eight others traveling on the same reservation.

This article was written by Jason Steele, Credit Card Expert at CompareCards.com.