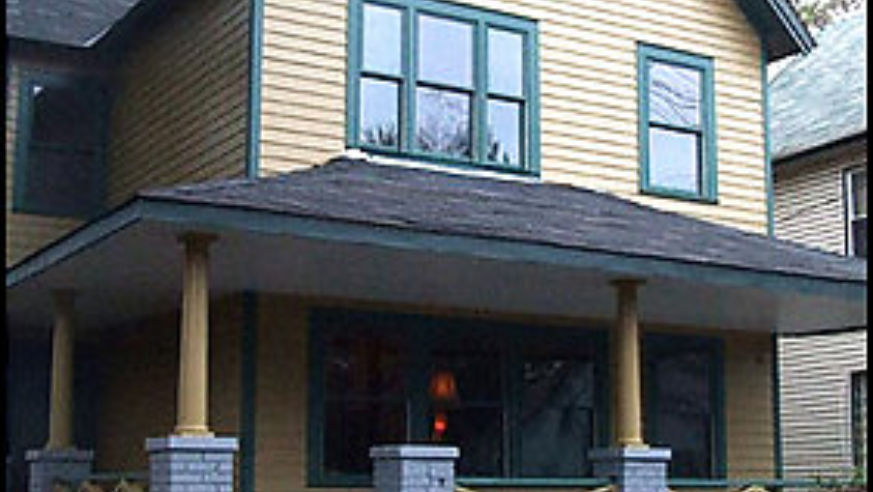 The infamous Christmas Story house is now a museum. Stop by for a visit--and purchase your very own leg lamp!

When San Diego-based entrepreneur Brian Jones spotted a Cleveland duplex up for sale on eBay, he bought it in 24 hours for $150,000—without ever setting foot in Ohio. He didn't need to. He'd seen the house countless times in his favorite holiday movie, A Christmas Story, which features shots of the exterior as the Parker family home. Jones spent $369,000 more to transform the interior into a replica of the movie set and to convert a building across the street into a museum and gift shop.

A Christmas Story House, which opened on November 25, 2006, welcomed more than 10,000 visitors in its first few weeks. Guides lead a quick tour, explaining the house's history and which scenes took place where. Fans can wander out back to the shed, where Ralphie (who wants a Red Ryder BB gun for Christmas) nearly shoots his eye out in the film.

At the museum, there are behind-the-scenes photos donated by the cast, movie posters from France and Australia, and props such as Randy's "I can't put my arms down!" snowsuit and the toy Zeppelin he receives for Christmas. It also stocks various incarnations of the movie's lamp shaped like a woman's leg—tree ornaments, night lights, chocolates, printed T-shirts, and actual lamps, which Jones manufactures and sells for around $139.

The attraction has been a boon for Cleveland, one of America's poorest major cities, and local businesses are looking to reap the tourism profits. Servers at the C&Y Chinese Restaurant will bring a roasted Peking duck to the table and chop off its head with a cleaver, an imitation of the scene in A Christmas Story. (Show your ticket stub from the house and receive 20 percent off your restaurant bill; show your restaurant bill at the house and receive 50 percent off admission.)

The Renaissance Cleveland Hotel has even pulled together a package offering lodging for two, an in-room screening of the movie, tickets to A Christmas Story House, parking, and buffet breakfast, from $165, Thurs.-Sun. nights through Feb. 3, 2008.

More on the Midwest: