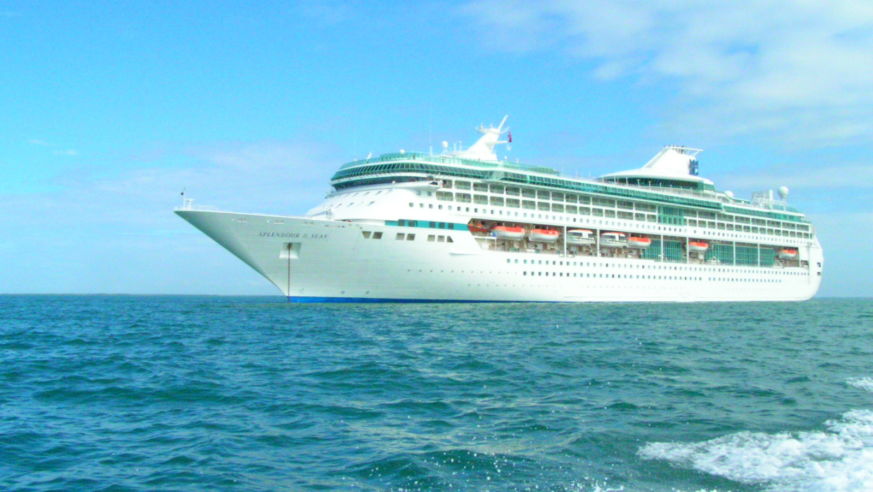 It's not all Salty Dogs and sunsets for the folks working your favorite boat—take it from a former drummer in an on-board band.

Setting off for a summer job on an Alaskan cruise ship in 2007, Mike Minarcek had modest expectations: to meet a fewnice people, make a few bucks, and put his university music degree to work. He had no idea what he was in for.

For the Love of Disco
As a drummer for the main theater's scripted show, I played the same 10 songs nearly every night, one terrible medley after the next. Occasionally, though, I'd work one of the clubs, where we had more say in the set list. The passengers' preferred dance numbers—"Shout," "The Electric Slide"—would have been annoying under any other circumstance, but we were so happy to get a break from the theater show's monotony that we'd gladly take any old request.

A Boatful of Nudists Is Not as Sexy as You Might Think
For two weeks every summer, our cruise line hosted a nudists-only sail. Employees were offered the option to skip it and stay over at a hotel in Seattle instead. My curiosity got the better of me, so I agreed to stay on the ship. Almost immediately, I regretted it—especially after one guy bumped into me. Not pleasant. It's just plain bizarre seeing people do ordinary things in the buff: playing shuffleboard, scoping out the dinner buffet, doing the "Y.M.C.A." But eventually, I got so used to all the nudity that it seemed weird when clothed passengers arrived.

Double-duty Blues
"All hands on deck" is more than a figure of speech. You can fit only so many employees on a ship, so we musicians often had to pitch in on random tasks. During safety demonstrations, we had to stand out on deck for hours wearing life jackets, pointing at exits, and smiling like chimps. Not surprisingly, the clothing-optional cruise came with even more unpleasant chores. I respect people's right to go nude if they want, but not when it means I have to Saran-wrap an entire theater full of seats to protect their bare bums. (I pity the late shift that had to remove it after the show.)

The Drum Set Takes the Cake
At the end of each cruise, passengers filed into the ship's ballroom for a fancy final dinner. The meal itself was wonderful, but for some reason, the powers that be decided to have the theater band "perform" during a portion of the dinner. Not play music, mind you—perform. In place of actual instruments, we were handed very large, cumbersome, fake instruments made of food. The trumpet was a strawberry on the end of a celery stalk (with gumdrop valves!), and my drum kit included a large wooden cake atop a tripod of bread sticks. Every week, we had to dance with these things on stage like idiots to a song so cheesy that I've blocked it from memory. That was always the night we musicians did our hardest drinking.

Cabin Fever
There's a reason the quality of cruise-ship entertainment has dwindled in recent years. Quite frankly, the schedule stinks. You work every day, mostly all day. Your living quarters are like matchboxes, and there's only one tiny room where employees are allowed to socialize. It's called the Officers' Bar, and it's perpetually filled with smoke and sticky with spilled booze. There are always loud parties going on in there because, honestly, you start to lose it a bit when you’ve been at sea a while. At least I did. —Interview by Andrea Minarcek (Mike’s sister)

How Well Do You Know Our National Parks?