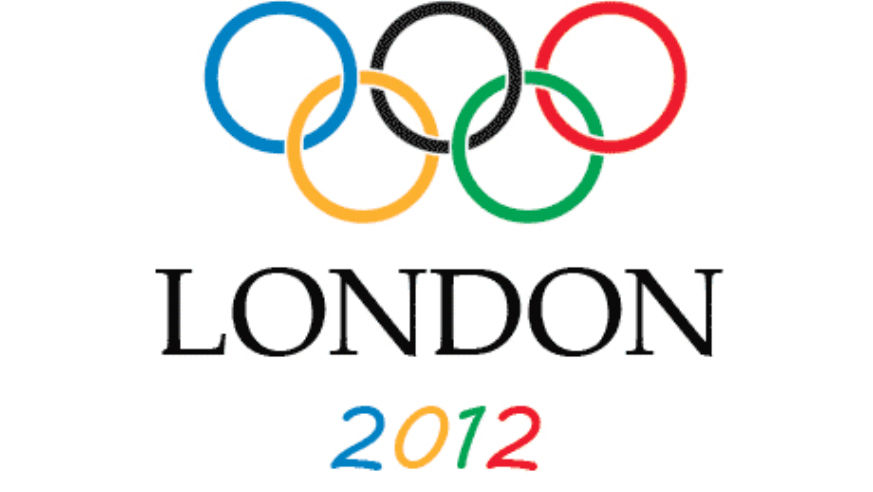 An artist's rendering of Horse Guards Parade as it might look during the London 2012 beach volleyball competition.

All the inside tips you need to snap up affordable event tickets, book a well-chosen place to stay, and make your way around the host city.

The London Olympic Games don't kick off until July 27th, 2012, but this spring is the time to start your trip planning. Here, we answer the six most frequently asked questions about attending the Games, on everything from purchasing tickets for Olympic events to finding the most convenient and affordable accommodations, booking airfare, and navigating London's public transportation system. The best surprise? Catching all the action in person is a lot more affordable—and a lot less stressful—than you might think. On your marks...

Can I afford to go to the Olympics?

Let's face it—the Olympics aren't cheap. The Games only occur every four years and demand is high. That said, with some careful planning you can keep costs down. To give you an idea of how much to budget, here are the ticket costs for some sample events at their face-value starting prices. Opening and closing ceremony tickets start at $32 and go all the way up to $3,200. Prices vary widely depending on the event—and, more importantly, on when you go.

You can find $32 tickets to all sports during their qualifying or preliminary rounds, but once the events progress to medal rounds, prices start climbing. The cheapest seats to medal-round events run between $48 and $104 each, depending on the sport. Prices for the medal rounds in gymnastics and swimming, for instance, start at $80, while the starting price for medal rounds in tennis are $56 for bronze and $104 for the gold and silver rounds. (Download this PDF for the lowdown on events and prices.)

The good news is that spectators will receive free passes to London's public transportation system, including the Tube and all buses, to use on the day of their ticketed Olympic event. As for flight and accommodation costs, airlines don't release plane ticket prices until about a year before the event, so wait until this summer to check for ballpark costs. Hotel rates are easier to predict: A recent study by the market research firm Rubicon predicts that accommodation prices in London "will more than double" during the Games. That news may not sound promising, but it's good to know up front, so you can factor it into your budget.

How hard is it, exactly, to get tickets?

In a word, it's complicated. There are essentially three different options: You can book them as part of a travel package, enter an official ticket lottery, or buy them from a broker. Read on for details on each option.

(1) Book them as part of a hotel package
Within the U.S., only one company is authorized to sell hotel packages that include guaranteed tickets: CoSport. Rates for its hospitality packages have not yet been announced, but it's expected that the packages will run between two and six nights and include accommodations, breakfasts, management, and other services. Register online now for detailed information on sample hospitality itineraries and costs. CoSport's packages will go on sale on March 30, 2011 (877/457-4647).

(2) Enter a lottery to win individual tickets at face value prices
CoSport, again, is the official ticket source for Americans. Tickets sold through the CoSport website include a small handling fee of 20 percent or less, so keep in mind that they will be more expensive than the prices listed on the official London 2012 website.

You can enter the ticket-request lottery, which will start on March 15, 2011, through CoSport. Applications close by April 22, 2011. Your chances of receiving tickets are just as strong whether you apply early or late during this period.

On your application, you select the sporting events you're interested in attending and designate the specific price you want to pay. If tickets to the price category you select are unavailable, then CoSport will next attempt to give you tickets to a lower-priced category; if tickets in that category are also sold out, CoSport will check for tickets in higher-priced categories and then contact you to gauge your interest in buying them.

The lowest-priced tickets for the highest-profile events will be the most sought after, so you can boost your odds of triumphing in the lottery by requesting tickets to a lower-profile event—or by being willing to splurge. The maximum number of tickets you can apply for in each request is 48, though you can submit multiple requests.

Applicants will receive an e-mail from CoSport in mid-May to remind them to check their CoSport account online to see if their ticket requests were successful. At that time, applicants will be obligated to purchase any tickets that have been set aside for them. Only Visa credit and debit cards, electronic checks, and wire transfers can be used to purchase Olympic tickets.

If you are unsuccessful in this lottery round, don't give up: An additional lottery round may very well be announced at a later date.

(3) Purchase individual tickets at marked-up prices
Plan B is to use a broker, such as Ticket City (800/880-8886), which announced plans on its website to obtain London Olympic tickets and resell them in advance of the Games, likely at significantly marked-up prices. These tickets will probably become available for purchase sometime in June 2011.

A note of caution, however: While buying tickets through brokers is not illegal, it is not always a safe bet. A number of Olympic scams have popped up in recent years with third-party organizations trying to pass themselves off as licensed ticket brokers. The International Olympic Committee has been trying to crack down on these operations—but not always successfully. A warning on the official Team USA website, for instance, points out that CoSport is "the only authorized ticket reseller to sell individual event tickets" and cautions spectators to "please be aware that other, unauthorized entities or bogus websites may purport to have Olympic tickets for sale; however, you can only be certain that Olympic tickets are authentic if they are purchased through CoSport."

What events should I go to?

There are 39 categories of sports to choose from, such as gymnastics and wrestling. (You can download a PDF for details on all the events and prices by clicking this link.) The most popular events are the opening and closing ceremonies, swimming, diving, and women's gymnastics.

Boost your chances at nabbing tickets even more by requesting them for the early rounds of competition, instead of the sessions when medals will be awarded. Even watching a less glamorous round of preliminary contests live in London (starting at $32 a seat, depending on the sport) will still be more thrilling than watching an Olympic sports event on TV at home.

How on earth am I going to get around London? Will it be a madhouse?

Don't stress: Navigating London is less intimidating than you might expect. Even though the city's transportation system will be faced with shuttling hundreds of thousands of additional passengers, the bulk of events will take place adjacent to rail and subway stations. There's no need to shell out for expensive taxis when you can take the well-connected public transit options.

Spectators with tickets for sporting events in London will receive a complimentary Games Travelcard, which will entitle them to utilize the city's rail and bus networks on the day of events for no extra charge.

Finally, to disperse crowds, many events will take place outside of the confines of the Olympic Park, which is in Stratford, East London, about six miles east of Buckingham Palace. Wembley Stadium, in Northwest London, for instance, will host many of the soccer events, while Earls Court will host volleyball competitions. Not only does this strategy help to control traffic, but it'll also give spectators the chance to explore different parts of London. After all, the Olympics may be the main draw, but the host city's got a lot to offer, too.

What's your best advice for booking a hotel?

Most of the Games will be held in greater London. The International Olympics Committee has reportedly called dibs on 40,000 of the city's 120,000 hotel rooms, so rooms will likely be scarce.

That said, it's best to start searching for hotels as soon as possible. Your favorite online travel agency may not be set up to accept reservations that far in the future, so you should contact hotel chains directly onceyou have your confirmed tickets; by calling directly, you will be able to make reservations at many hotels.

Buying a hotel package will typically be easier, though more expensive, than booking lodging on your own. For Americans, the broadest inventory for packages is offered by Cartan Tours (800/818-1998). Packages are already available for booking and include accommodations, breakfasts, public transportation, and other services. There are seven-day packages, from $4,395 per person, and 10-day packages, from $6,095 per person.

You can cut your costs by staying outside of the pricey downtown in a neighborhood linked by public transportation—which you can ride for free on the day of your ticketed event with your complimentary Games Travelcard. Consider finding a hotel, an inn, a B&B, or an apartment in a suburb such as Wimbledon or Wembley, which are near Olympic venues. For a greater list of serviced suburbs, check London's official public transport site.

The least expensive option is to skip London altogether and instead visit a cohost city that isn't drawing as many visitors, such as Manchester (for soccer matches); Hadleigh Farm, Essex (for mountain biking); and Weymouth and Portland, Dorset (for sailing).

At generally cheaper rates than hotels, some private homes will be offered for rent through traditional travel agents, while others will be rented out via online sites like Homeaway and VBRO (before you book, check out our guide to vacation rentals).

I have my tickets and my hotel. Now what about booking a flight?

Most airlines generally release ticket availability about 330 days in advance of departure, so set your calendar to book a seat in summer 2011. The early bird will likely get the best fares.