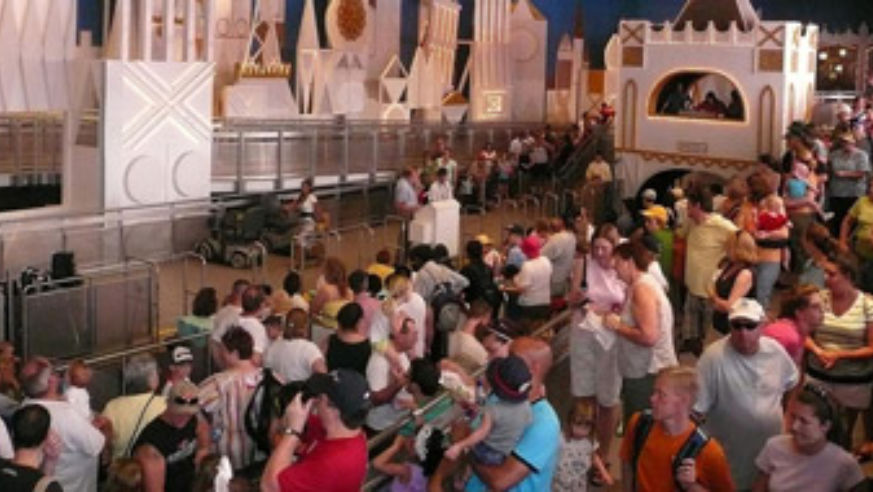 Courtesy mrkathika/Flickr
It's a long line, after all

After the New York Times published a story titled "With Attendance Off, Disney Is Dealing (Discounts)," a reader wrote a letter to the editor, making this important point:

Having just come back from Disney World for the third time since November, I can tell you the decrease in attendance is a myth. On each of my trips, wait times reached 150 minutes on the popular rides with all the "fast passes" gone shortly after the park's opening. Given the large influx of South Americans I noted, me thinks the mouse is crying "wolf." — Stan Pruszynski

We've been hearing the same thing anecdotally: Disney theme parks remain crowded. So don't go taking the family there and expect that the recession will mean shorter lines, especially for the most desirable rides. Discounts will draw visitors from both here and abroad.

I suspect the same thing will be said about Cedar Point and other theme parks nationwide as they ramp up business later this year.

Disney: Free admission on your birthday