Don't miss the sunsets this weekend in the American Southeast! 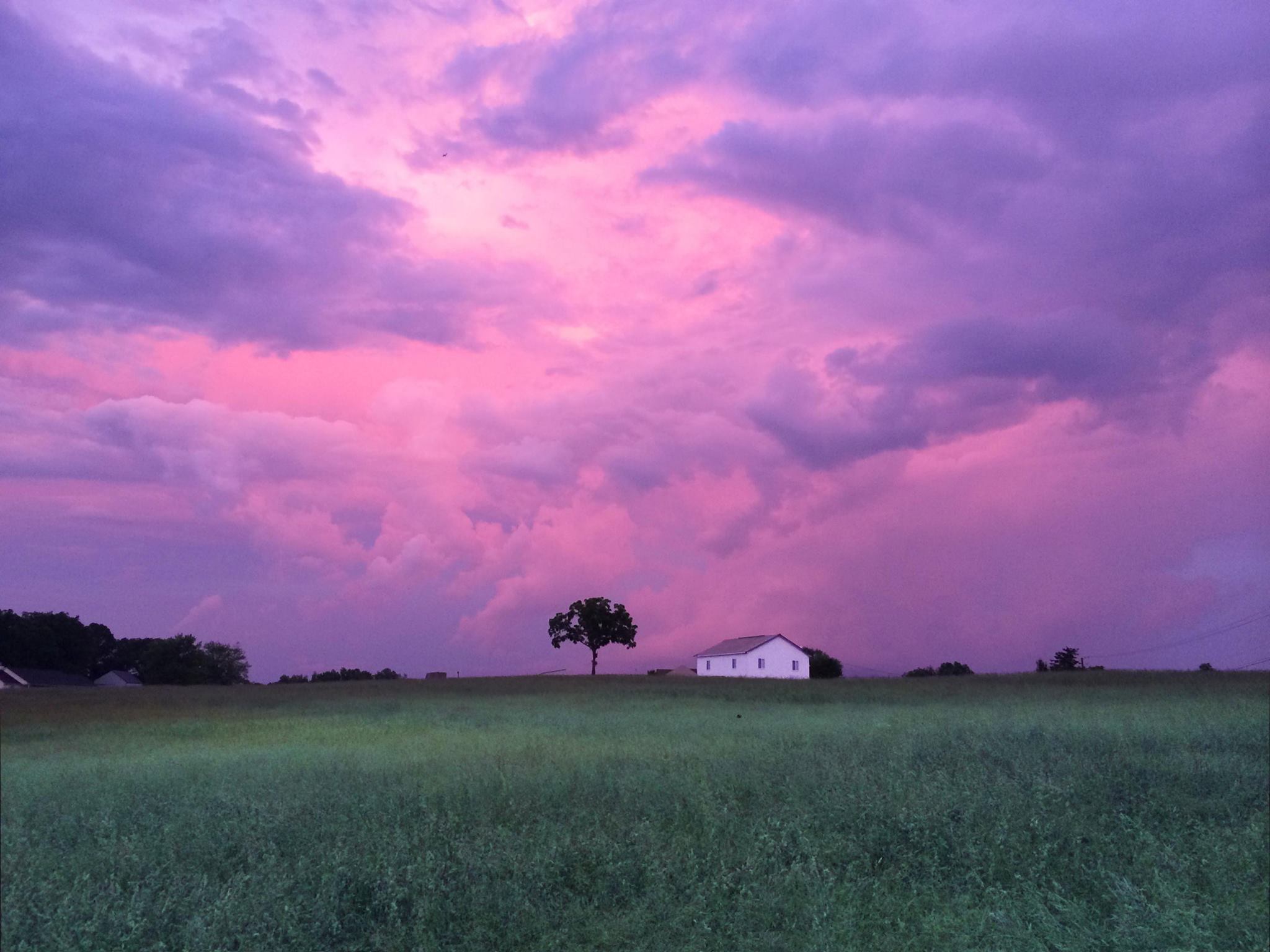 The Gorilla Dust Cloud is bringing brilliant sunsets for the rest of this week.

Starting on June 24 through June 30, a huge cloud of dust from the Sahara desert called a Gorilla Dust Cloud will arrive from across the Atlantic ocean and mix in as particles in the air above the American Southeast. While this is expected to decrease air quality across the area, it's also expected to bring about some beautiful circumstances: the dust will make for extremely bright, vibrant sunsets.

You can check out the sunset forecast in your area by going to https://sunsetwx.com/ 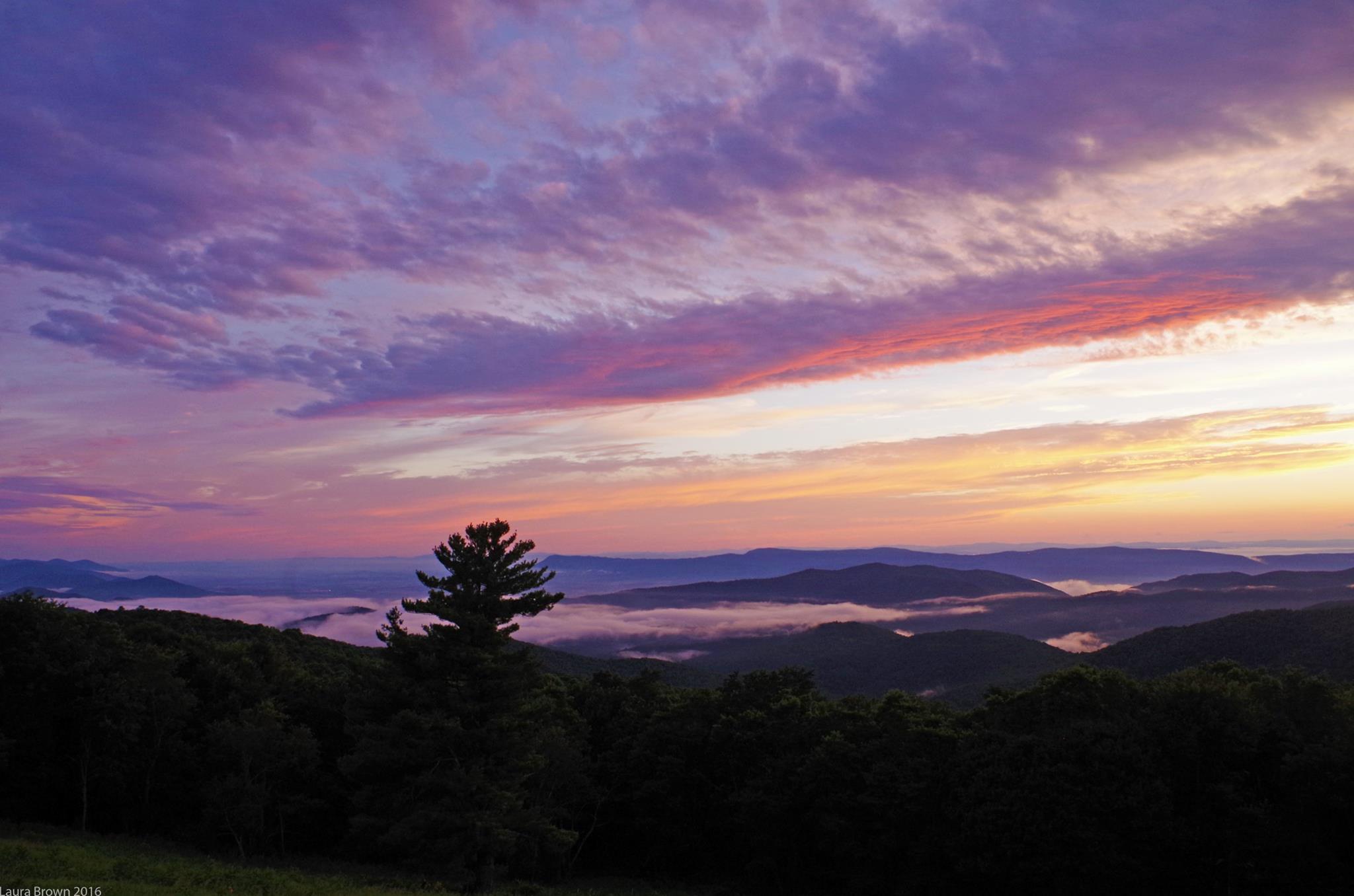 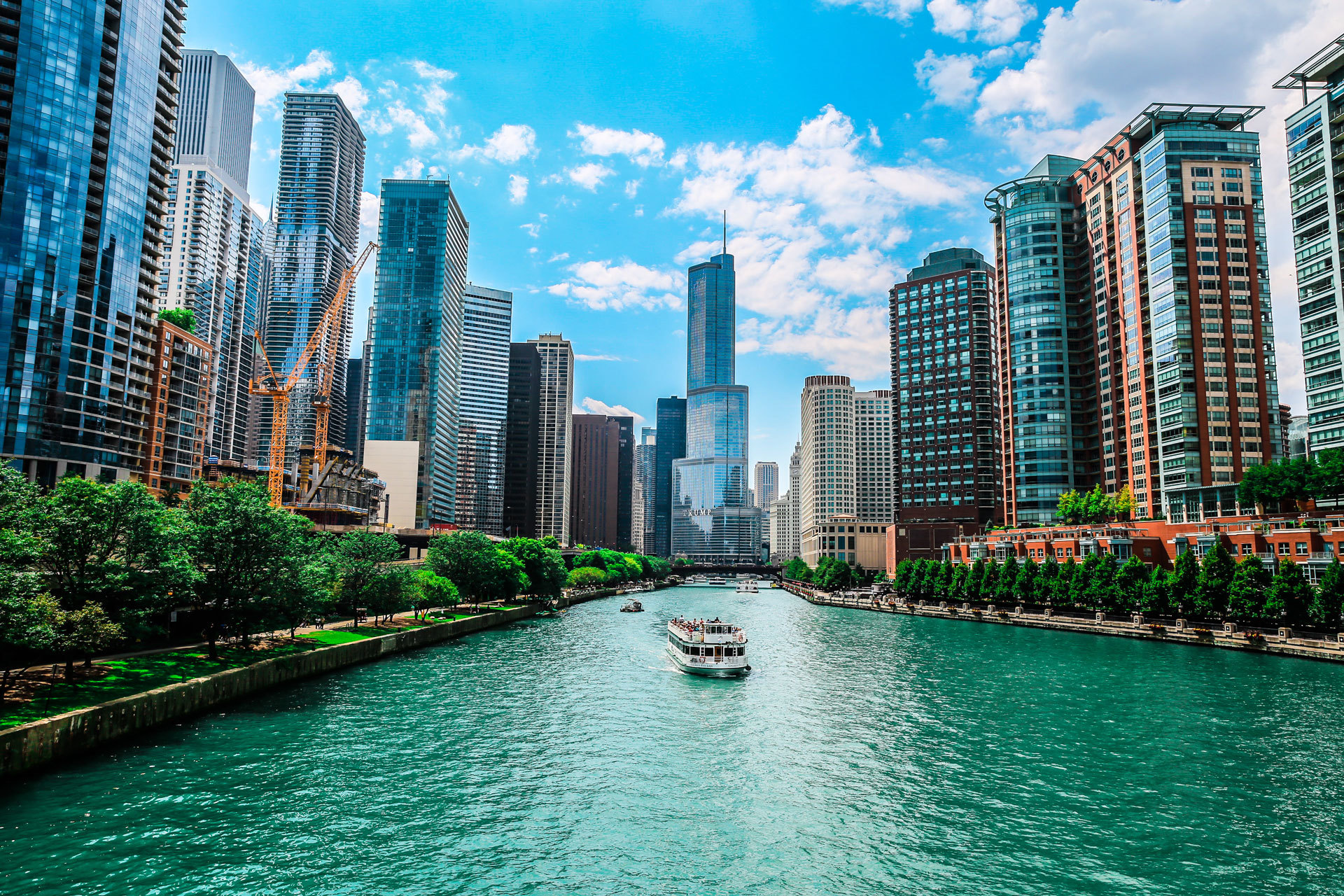 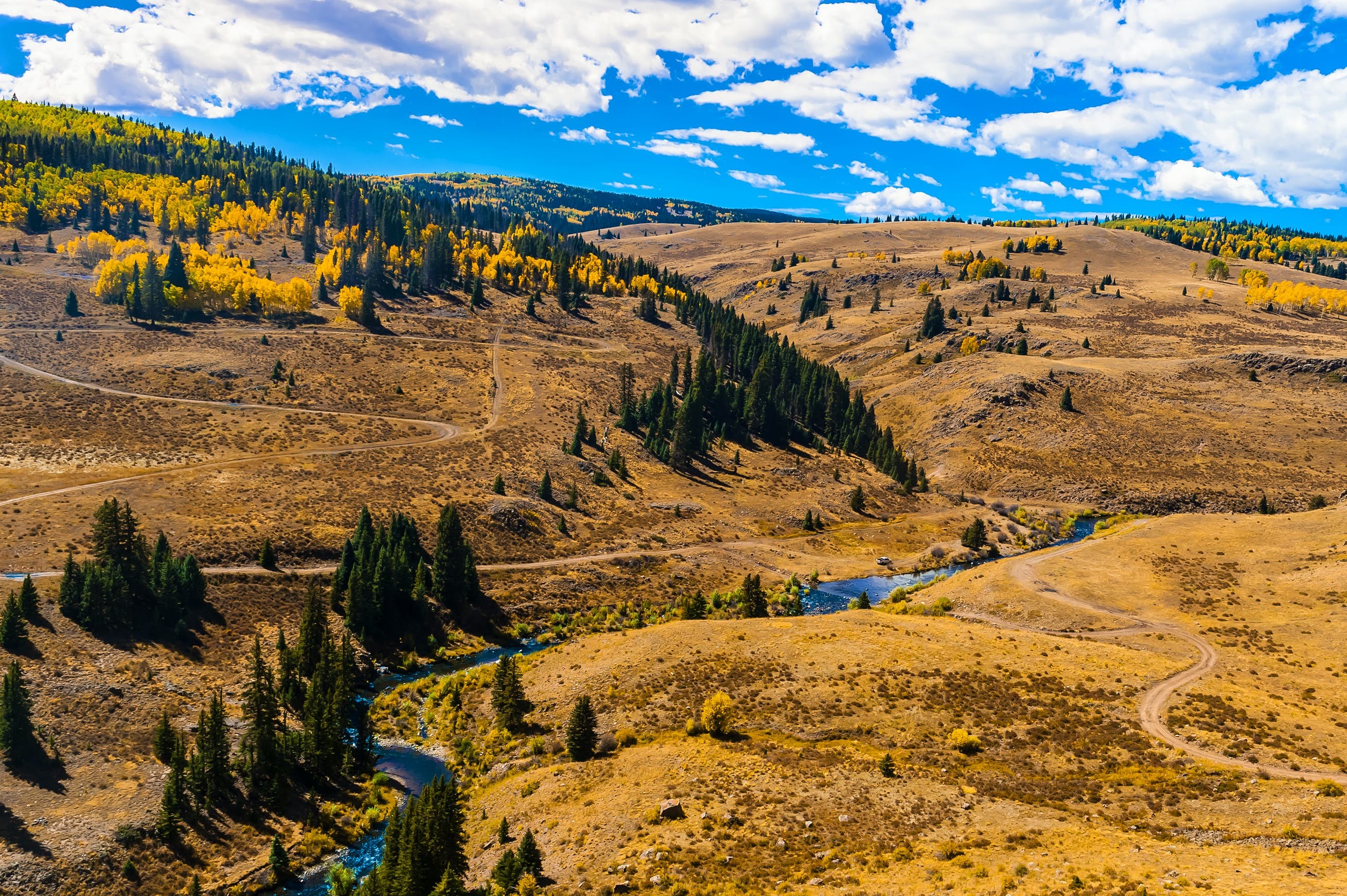 The famed millionaire art and antiques collector, Forrest Fenn, kicked off a popular treasure hunt ten years ago by hiding a bronze chest filled with gold, rubies, diamonds and prehistoric jewels in a secret spot in the Rocky Mountains. And after teasing out cryptic clues to its whereabouts over the years Mr Fenn revealed in a surprise statement on Sunday that the search is finally over: the treasure has been discovered. "It was under a canopy of stars in the lush, forested vegetation of the Rocky Mountains and had not moved from the spot where I hid it more than ten years ago," Fenn said in a statement to a blog run by treasure hunter Dal Neitzel. "I do not know the person who found it, but the poem in my book led him to the precise spot." Mr Fenn never revealed exactly where it was hidden but he did post clues to its whereabouts online and within the stanzas of a poem he published in his 2010 memoir The Thrill of the Chase, which included the lines: Begin it where warm waters haltAnd take it in the canyon down,Not far, but too far to walk.Put in below the home of Brown. The popular quest had drawn droves of people to the New Mexico Rocky Mountains over the past decade, eager to make the discovery. It even inspired an annual gathering known as Fennboree, where treasure hunters and their families camped out, celebrated and swapped maps and clues. Even though the riddle of the lost treasure been solved, one mystery remains: the identity of the person who discovered the bounty. Mr Fenn told the Santa Fe New Mexican that the man did not want to be named but claimed that he had confirmed his success in the quest by sending Mr Fenn photographs of the chest's contents. This article originally ran on our sister site, Lonely Planet. 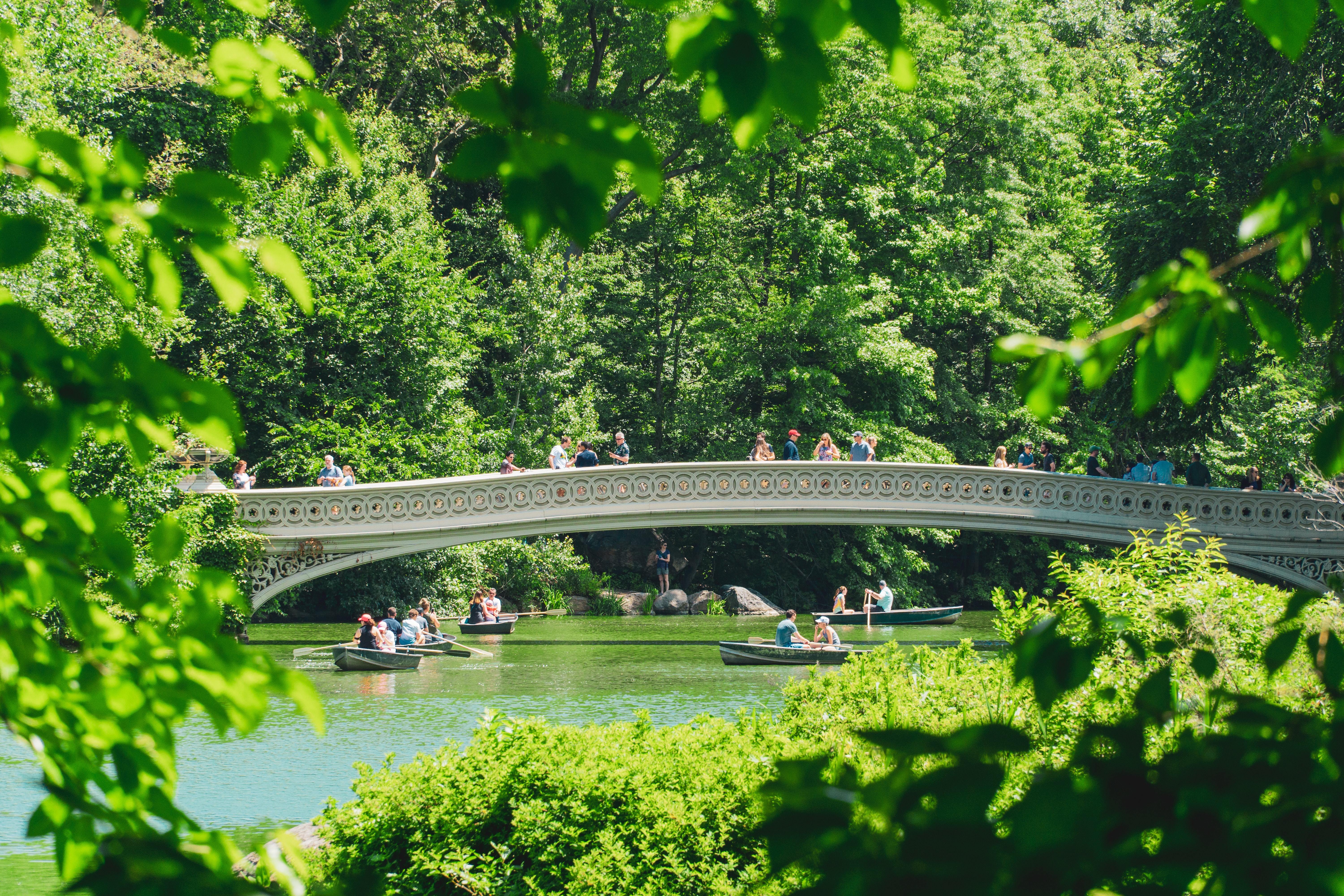 Revealed: The Destinations People Are Itching to Get Back to ASAP

Instagram isn’t just about sharing the moment. It’s also about nostalgia for the past. And among hashtags such as #ThrowbackThursday and #FlashbackFriday, you’ll find a very specific trend: the cry to #TakeMeBack! The #TakeMeBack hashtag is a bittersweet celebration of past vacations. Nothing satisfies those wanderlust cravings quite like re-posting a forgotten holiday snap and breathing fresh digital life into a place that holds special memories. With the travel industry currently paused around the world, these moments are more precious than ever. SavingSpot used Instagram data to identify the destinations that travelers miss the most. To do this, the team extracted location data from Instagram posts with the #TakeMeBack hashtag and organized it by location. 10 U.S. cities travelers miss the most: 1. New York, New York2. Orlando, Florida3. Los Angeles, California4. Las Vegas, Nevada5. Honolulu, Hawaii6. San Francisco, California7. Miami Beach, Florida8. Miami, Florida9. Lake Buena Vista, Florida10. San Diego, California10 U.S states travelers miss the most:1. California2. Florida3. New York4. Hawaii5. Nevada6. Arizona7. Colorado8. Texas9. Utah10. Washington 10 National Parks travelers miss the most: 1. Yosemite (California)2. Grand Canyon (Arizona)3. Zion (Utah)4. Rocky Mountain (Colorado)5. Glacier (Montana)6. Sequoia (California)7. Death Valley (California)8. Yellowstone (Wyoming)9. Bryce Canyon (Utah)10. Joshua Tree (California)This project is part of a series of content campaigns commissioned by frugal living blog SavingSpot (managed by the CashNetUSA team). As travelers around the globe anxiously wait for when they can safely go on trips again, the team tapped into Instagram to create the ultimate source of armchair travel inspiration that any reader can lose themselves in. If you want to dig into the data yourself, the dataset is available on https://bit.ly/TakeMeBackData 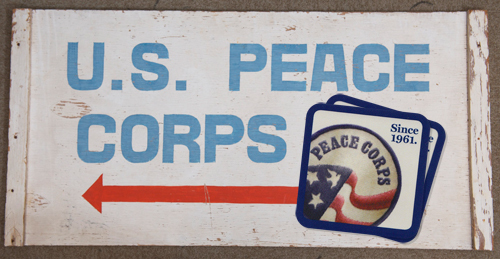 The call for American citizens to return to the United States came about suddenly and urgently at the beginning of March, 2020. Americans who were working, studying, and volunteering abroad had to improvise logistics to return to the U.S. One notable organization that had a complex issue of safely returning members from more than 60 countries is the Peace Corps. Their struggle and circumstances Many volunteers were evacuated very suddenly with no opportunity to secure stable accommodations or health care upon their arrival home. They were forced to leave the local communities they’d integrated into and grown to love, many in the middle of long term initiatives. Returning home from an extended period of time can always bring feelings of reverse culture shock, especially when serving poverty-stricken or remote communities that many serve in. But especially for these recently evacuated volunteers, returning home to rising COVID-19 rates, vast unemployment, and a sense of instability that resonated from the general public through our political leaders. What are they doing now? Stephanie Erestera, a 23-year-old who had plans to continue her Peace Corps service in the Philippines until September 2020, immediately started searching for work. For the past year or so she’s been an educator and mentor to local teachers, and now faces uncertainty on many levels, though she’s happy she’s able to move back in with her parents for the time being. While she says she knows that it’s not an ideal job market to come back to, especially in her home town of Boise, Idaho, she “feels like it’s like that for a lot of Americans right now”. Unexpected and involuntarily evacuated from Bicaj, Albania, Pawnee Maiden, a 24-year-old volunteer teacher, says she left behind a host family, students, friends, and coworkers that she’d expected to engage with for another year. She’s found the transition experience to be extremely hard and painful but has high hopes that she’ll be able to return and finish her service. Having returned to the DMV area, she’s now focusing her giving heart and love of service to her foster dog, Sherwin. However, not all Peace Corps volunteers are in their 20’s. Adam Greenberg, 34, was volunteering in Zambia with his partner working on sustainable food sources. They had actually considered staying in Zambia instead of returning to the U.S., even if that meant no financial or logistical support from the Peace Corps. However, they ultimately decided that the better decision for Zambia’s infrastructure was for them to return home. Luckily, Greenberg says, they have enough savings to temporarily get by, though he will have to begin looking for work to pay the bills, another hurdle in itself as more than 26.5 million Americans have filed for unemployment since March. Many returned service-people have also found themselves in Tim Feng’s complex situation. Feng, 23, returned to the U.S. from Nakhon Ratchasima, Thailand where he served as an educator, but had to consider his high-risk parents in his last-minute planning. For their safety he ultimately decided to quarantine himself in a short-term rental apartment that he paid for out of pocket. Feng would also love to return to his service, but for now he is doing what he can to find stability here at home. He’s spent his time revamping his resume, seeking job opportunities, looking into higher education options, and the like. How Peace Corps volunteers might continue to serve their community The good news for Peace Corps volunteers is that they might be just the perfect people to continue to serve by supporting their fellow Americans. From their international experiences, Peace Corps volunteers are adept at “creating order out of chaos”, as the Women of Color Advancing Peace and Security so eloquently put in their recent returned Peace Corps volunteer study. Returned volunteers have real-world experience in establishing a routine, adapting to drastic change, and have experience coping with isolated/distanced from loved ones for extended time periods. As returned volunteers continue to look toward the future, every day brings news and renewed hope—the Peace Corps recently announced that there will be an expedited application for recently evacuated volunteers who are interested in returning to service that will be announced in early June. Peace Corps Comment When asked to comment, a Peace Corps spokesperson gave the following statement: “The Peace Corps continues to support evacuated Volunteers—providing evacuation and readjustment allowances, a wellness stipend, extended health insurance, health and quarantine instructions and resources, information and webinars for federal government job opportunities, job postings for other private sector positions, and graduate school options. Importantly, Volunteers who were evacuated will qualify for Non-Competitive Eligibility (or NCE), which makes it easier from them to join the federal workforce. They will also qualify for Coverdell Fellowships available for graduate school study. Volunteers who seek to return to their host countries or seek a new assignment will be given expedited consideration over the next year. For more information, please go to https://www.peacecorps.gov/coronavirus/.”