Explore all the places and natural spaces in the Chattanooga region of Southeast Tennessee and find the best hiking, biking, cycling and water adventures, as well as food
stops, festivals, music, and historic sites.

Locals and travelers find Southeast Tennessee to be one big outdoor adventure. The region is home to one of the premier whitewater rivers in the United States, the Ocoee River, and has become a capital for rock climbing in the South. You'll find more than 50 waterfalls, and rivers with significant for aquatic life and diversity. All this, within one of the most beautiful settings on earth.

While here, you’ll find that the spirit of the people in Southeast Tennessee is warm and welcoming, and there are plenty of opportunities for shopping and culinary adventures at locally owned food stops. Our communities invite you to visit and enjoy country cooking, small-town charm, music and a rich cultural heritage that set the stage for who we’ve become today. We hope this guide will help you find your adventure in the region – and be sure to check out our website at SoutheastTennessee.com.

Find more things to do, itinerary ideas, updated news and events, and plan your perfect trip to Southeast Tennnessee
ADVERTISEMENT 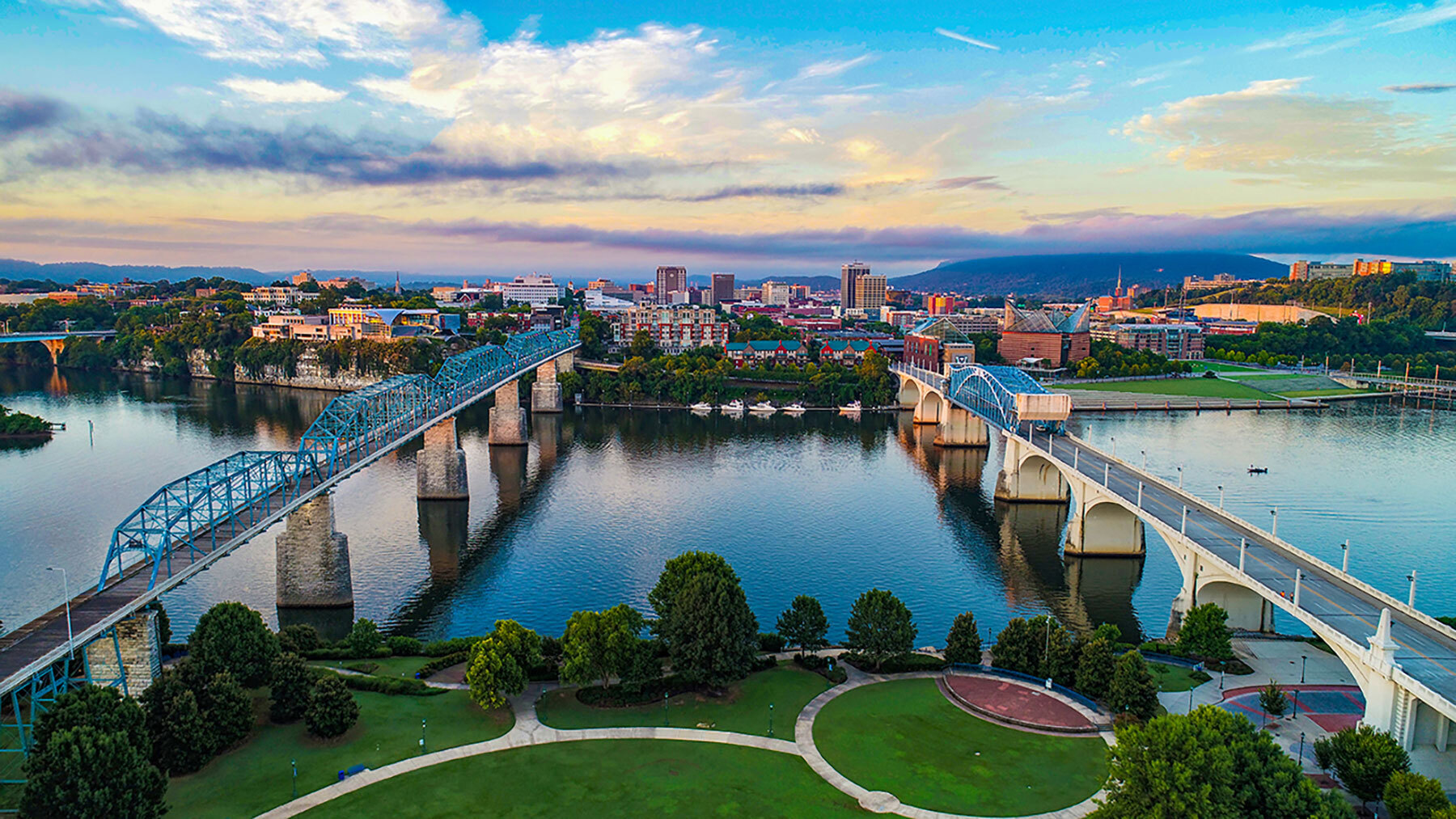 Chattanooga is a city in and the county seat of Hamilton County, Tennessee, along the Tennessee River bordering Georgia. The city also extends into Marion County on its western end. With a population of 181,099 in 2020, it is Tennessee's fourth-largest city and one of the two principal cities of East Tennessee, along with Knoxville. The city anchors the Chattanooga metropolitan area, Tennessee's fourth-largest metropolitan statistical area, as well as a larger three-state area that includes Southeast Tennessee, Northwest Georgia, and Northeast Alabama. Served by multiple railroads and Interstate highways, Chattanooga is a transit hub. It is 118 miles (190 km) northwest of Atlanta, Georgia, 112 miles (180 km) southwest of Knoxville, Tennessee, 134 miles (216 km) southeast of Nashville, Tennessee, 102 miles (164 km) east-northeast of Huntsville, Alabama, and 147 miles (237 km) northeast of Birmingham, Alabama. Chattanooga was a crucial city during the American Civil War, due to the multiple railroads that converge there. After the war, the railroads allowed for the city to grow into one of the Southeastern United States' largest heavy industrial hubs. Today, major industry that drives the economy includes automotive, advanced manufacturing, food and beverage production, healthcare, insurance, tourism, and back office and corporate headquarters.With a downtown elevation of about 680 feet (210 m), Chattanooga is at the transition between the ridge-and-valley portion of the Appalachian Mountains and the Cumberland Plateau. Its official nickname is "Scenic City", alluding to the surrounding by mountains and ridges. Unofficial nicknames include "River City", "Chatt", "Nooga", "Chattown", and "Gig City", the latter a reference to Chattanooga's claims that it has the fastest internet service in the Western Hemisphere.Chattanooga is internationally known for the 1941 hit song "Chattanooga Choo Choo" by Glenn Miller and his orchestra. It is home to the University of Tennessee at Chattanooga (UTC) and Chattanooga State Community College.

Fort Oglethorpe is a city predominantly in Catoosa County with some portions in Walker County in the U.S. state of Georgia. As of the 2010 census, the city had a population of 9,263. It is part of the Chattanooga, TN–GA Metropolitan Statistical Area. It is home to Lakeview – Fort Oglethorpe High School. 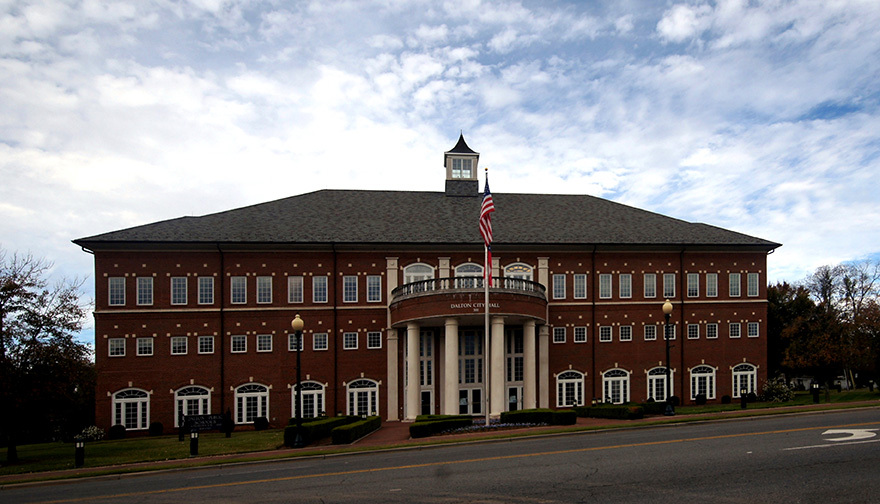 Dalton is a city and the county seat of Whitfield County, Georgia, United States. It is also the principal city of the Dalton Metropolitan Statistical Area, which encompasses all of Murray and Whitfield counties. As of the 2010 census, the city had a population of 33,128 people, with the total metropolitan area having a population of 142,227. Dalton is located just off Interstate 75 in the foothills of the Blue Ridge Mountains in northwest Georgia and is the second-largest city in northwest Georgia, after Rome. Dalton is home to many of the nation's floor-covering manufacturers, primarily those producing carpet, rugs, and vinyl flooring. It is home to the Dalton Convention Center, which showcases the Georgia Athletic Coaches' Hall of Fame and hosts a variety of events.

The Cumberland Gap is a pass through the long ridge of the Cumberland Mountains, within the Appalachian Mountains, near the junction of the U.S. states of Kentucky, Virginia, and Tennessee. It is famous in American colonial history for its role as a key passageway through the lower central Appalachians. Long used by Native American nations, the Cumberland Gap was brought to the attention of settlers in 1750 by Thomas Walker, a Virginia physician and explorer. The path was used by a team of frontiersmen led by Daniel Boone, making it accessible to pioneers who used it to journey into the western frontiers of Kentucky and Tennessee. It was an important part of the Wilderness Road and is now part of the Cumberland Gap National Historical Park.