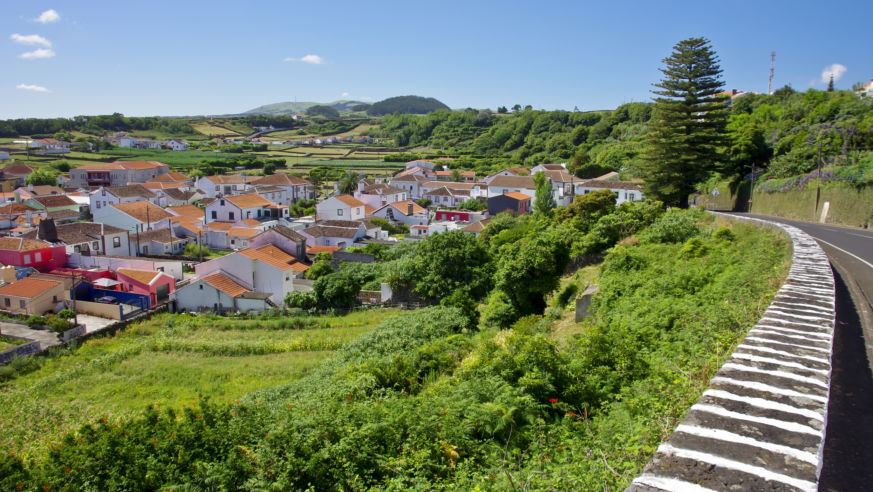 You won't find fast food or chain restaurants in the nine Portuguese islands that make up the Azores. So, eating like an Azorean is pretty much mandatory. It's also incredibly delicious!

The Azores have climbed to the top of my bucket list lately. On a trip to New Bedford, MA, last summer, my family and I learned about the importance of the North Atlantic islands, part of Portugal, to the maritime history of New England. We also noticed that if you put your finger on a globe and trace a straight path from Massachusetts to the Azores, you'll be surprised at how close the islands are to the U.S.

Now, imagine a four-hour flight from the East Coast to nine volcanic islands with extraordinary lakes, craters, mountains, and thermal pools. And with a mild, moist climate and a number of centuries-old European influences (most notably Dutch and Portuguese), the Azores have a food scene that will make it difficult to head back home.

It's no surprise that nine islands in the Atlantic would have a serious seafood scene. In fact, the Azores boast Europe's biggest sea zone, and sustainable fishing methods such as live bait and single poles have always been in style here. Some seafood we'd like you to try when visiting include:

Grilled limpets (drop by Beira-Mar Restaurant in Sao Mateus on Terceira, among other great local restaurants).

Clams grown in the lagoon of the Faja de Santa Cristo on Sao Jorge.

With acres of green pastures and a mild climate, the Azores support a thriving cattle industry, and meat eaters will enjoy the resulting beef dishes, including:

Steak, simply seasoned with local red pepper, the high-quality meat speaks for itself.

Azoreans enjoy a relatively undiscovered wine scene. There's a wine museum on Terceira, and Pico Island Vineyard Culture Landscape is a UNESCO World Heritage site. You MUST try the local favorite, Verdelho, and you can indulge in a wine tasting adventure at Pico Island Cooperative Wine Cellar or Buraca Wine Cellar.

The pastures that provide the Azores with a home for its cattle industry also help sustain a thriving dairy business. Semi-hard Sao Jorge cheese is aged for three to seven months, in the tradition of Dutch cheesemaking brought to the island of Sao Jorge by settlers from the Netherlands centuries ago. You can taste the cheese, often enjoyed with a local wine, at the beginning of a meal, or in a local dish, at Cooperative de Lacticinios dos Lourais cheese factory. Other Azorean island offer their own distinctive cheeses as well.

In addition to traditional Portuguese sweet bread (which is a minimalist wonder!), the islands are known for an array of pastries:

Dona Amelia on Terceira, made with eggs, molasses, cinnamon, and corn flour, topped with powdered sugar.