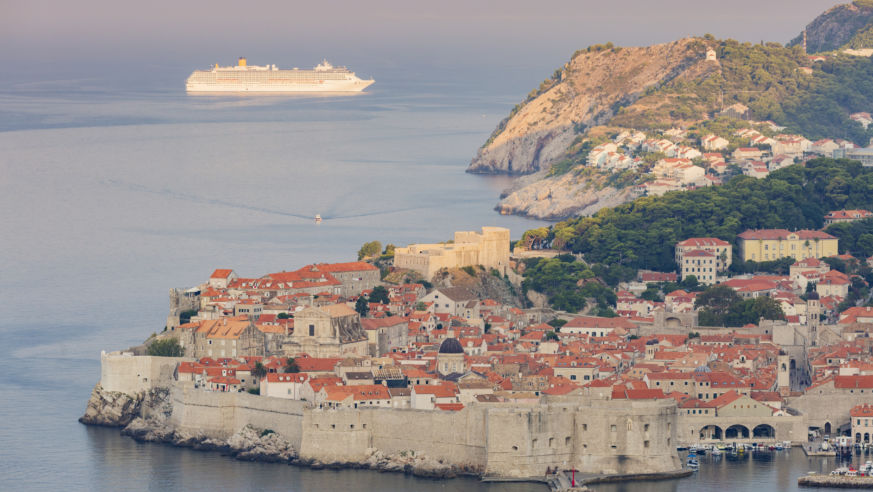 Two of Europe's busiest port cities are struggling to cope with tourist numbers from cruise ships.

In response to overtourism issues, two of the Mediterranean’s busiest ports may change how they manage cruise ship arrivals.

Palma de Mallorca in Spain and Dubrovnik in Croatia receive thousands of international cruise ship passengers daily but they’re struggling to cope with what most of its citizens see as an excess of tourist numbers, as well as the air pollution produced by cruise ships. The port of Palma, in south-west Mallorca, is the third busiest in Europe for cruise ships (receiving 1.75 million passengers annually) and the second most polluted (behind Barcelona).

Now residents, activists and organizations have come together to sign a petition for the number of cruise ships to be curbed to just one per day, with a maximum of 4000 passengers disembarking daily. The petition states that “megacruises at Palma has increased in unsustainable and undesirable ways for our city, causing a serious environmental and territorial impact, as well as growing social protests.” It has so far received 11,000 signatures and will be presented at a conference in Palma on Friday.

Marta Ferriol, coordinator of the NGO Tramuntana XXI, one of the organizations that signed the petition, told the Guardian: “The problem is cruise ship tourists arrive all at once and they saturate the historic part of the city. They don’t spend money in the city. We’ve recently seen a report from Venice that says this type of tourism brings few benefits to residents.”

While city authorities have yet to respond to the petition, Dubrovnik is already moving ahead with its plans to improve how the city manages a high volume of cruise ships. In order to “preserve and protect” its cultural heritage, the city and Cruise Lines International Association (CLIA) recently signed a Memorandum of Understanding (MOU) to establish best practices for long-term destination management.

The MOU sets out plans to implement the 2020 cruise ship berthing policy to cap the number of cruise ship arrivals and will introduce the previously developed Respect the City visitor campaign, which aims to promote Dubrovnik as a more sustainable tourist destination, as well as limit the number of daily visitors to the UNESCO-protected Old Town.

Mayor Mato Franković said: “This commitment is just a beginning of a joint systematic, integrated and participative approach that will target some of the most important tourism issues locally and globally.”