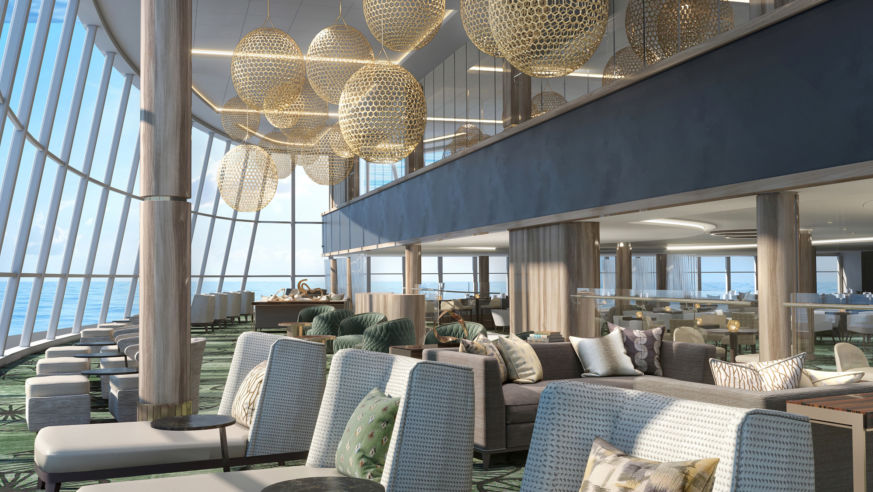 From Broadway blockbusters to augmented-reality gaming to gourmet fare from Michelin-starred chefs, this year's cruise ships are bigger and better than ever.

Just when you thought cruise lines couldn’t get any bolder, 2019 and 2020 bring more onboard innovations. Here are our top picks for affordable new cruises to the Caribberan, Mexico, the Mediterranean, and beyond, all starting at less than $200 a night. 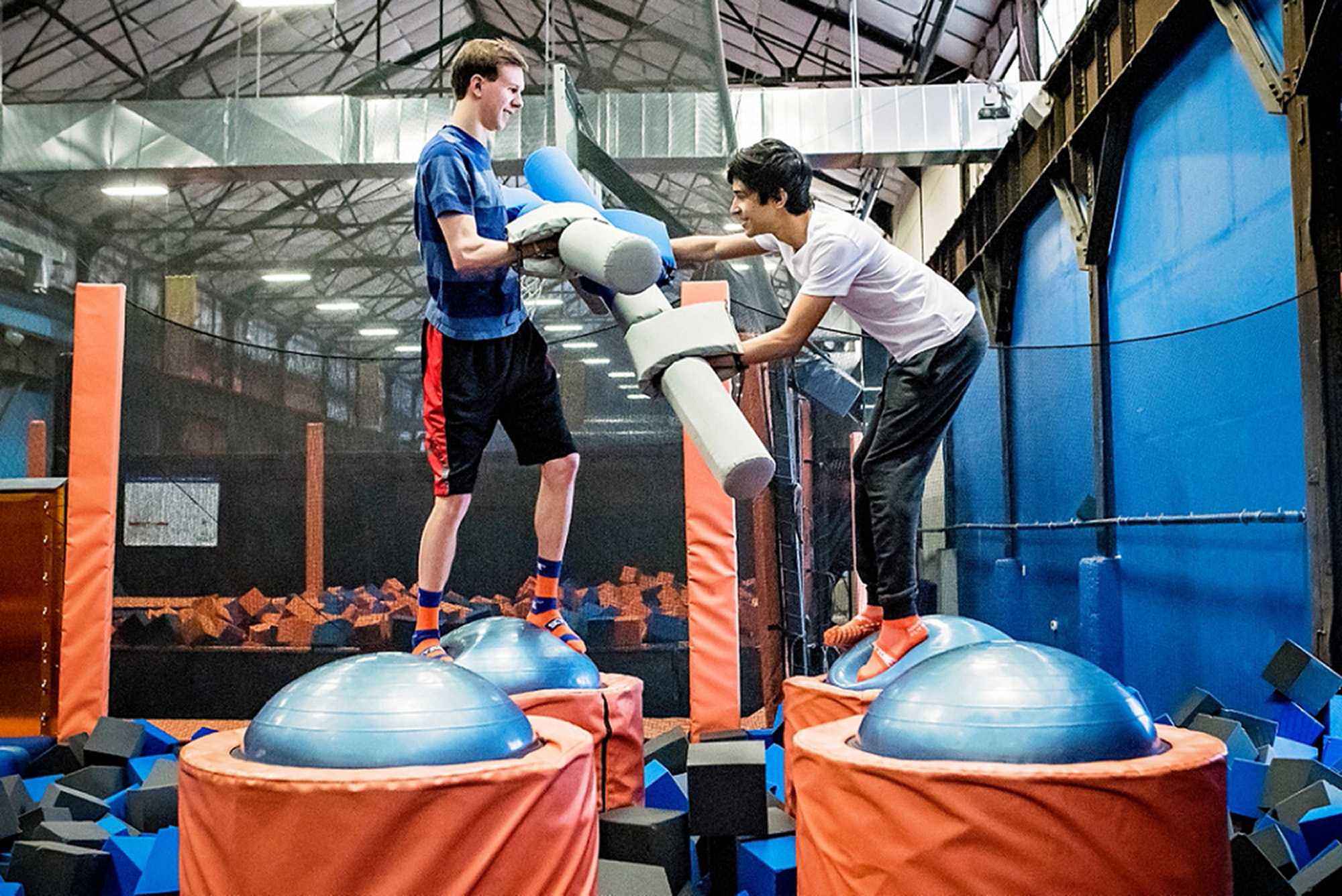 Launching in late 2019, this shiny new vessel combines California cool and Carnival’s signature amenities—on a fun and fiesta-filled itinerary along the Mexican Riviera. Sailing out of Long Beach, California, and exploring ports such as Cabo Los Cabos and Puerto Vallarta, guests can enjoy the coastal scenery from both indoor and alfresco spaces. Aside from a new massive trampoline court with a recreation area (a climbing wall, a balance/jousting beam), some passenger favorites are making an encore: Guy’s Pig and Anchor barbecue joint (slow-smoked beef and molasses-baked beans, anyone?), the top-deck bike-in-the-sky ride, and a sports arena with dodgeball, basketball, and black-light glow parties. The most posh accommodations include the exclusive Havana staterooms, with tropical-inspired decor and a private pool area, and the key-carded Harbor staterooms designed specifically for families.
Seven-day cruises from $539 per person; carnival.com. 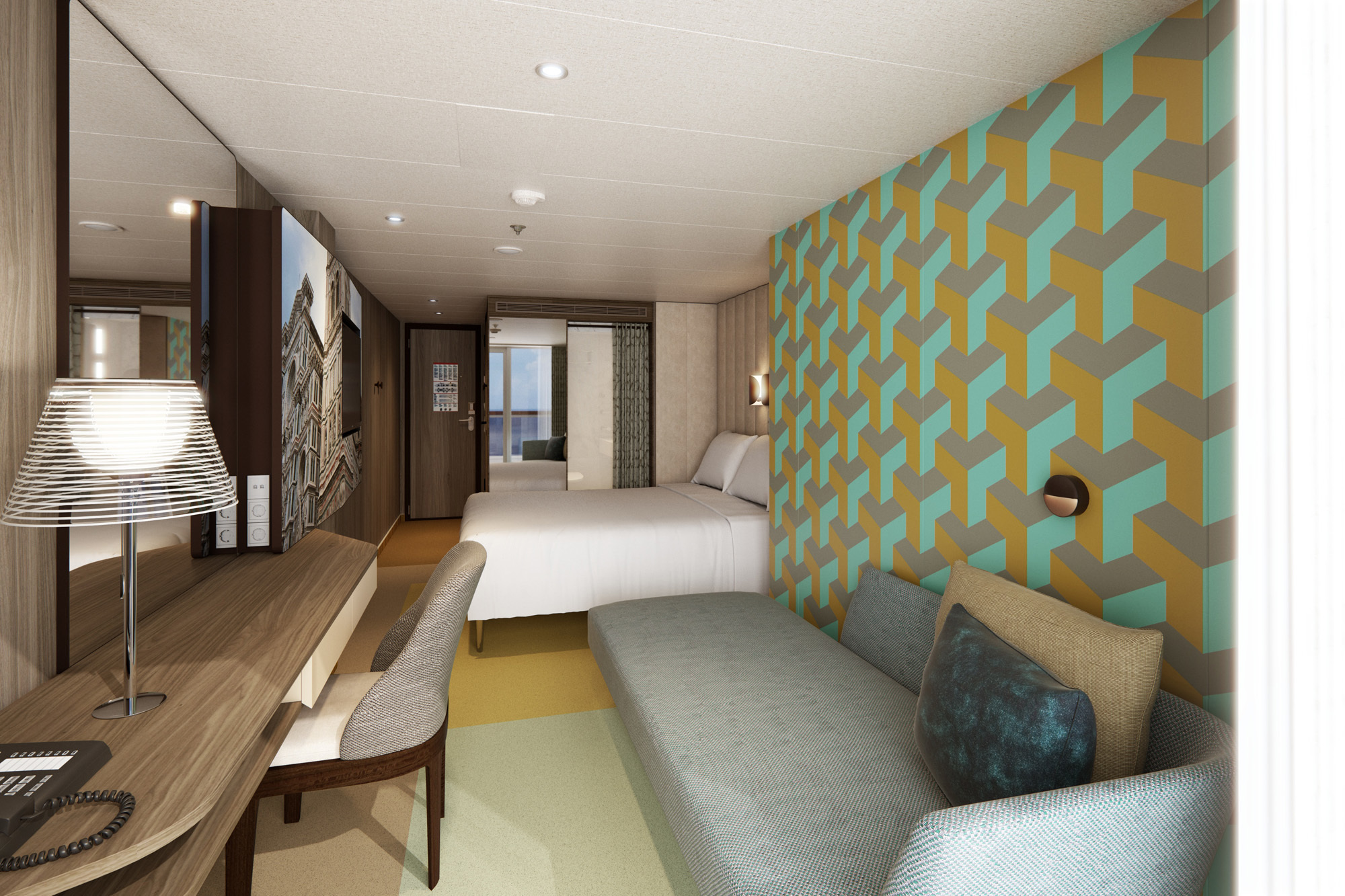 Named after Sardinia’s Emerald Coast, this 6,518-passenger ship (launching in October 2019) is a tribute to all things Italian. Start with a Campari cocktail toast at the three-level, domed Colossea, before heading to one of two piazzas to soak in the panoramic views. Then choose from the 11 on-board restaurants, from a family-style pizzeria to the Laboratoria del Gusto (translation: Taste Lab), where guests can devour their own creations. The cabins are decorated with custom-designed furniture (made in Italy, of course) and photographic murals and graphics inspired by cities such as Milan, Florence, and Rome.
Six-day Mediterranean sailings from $444 per person; costacruises.com. 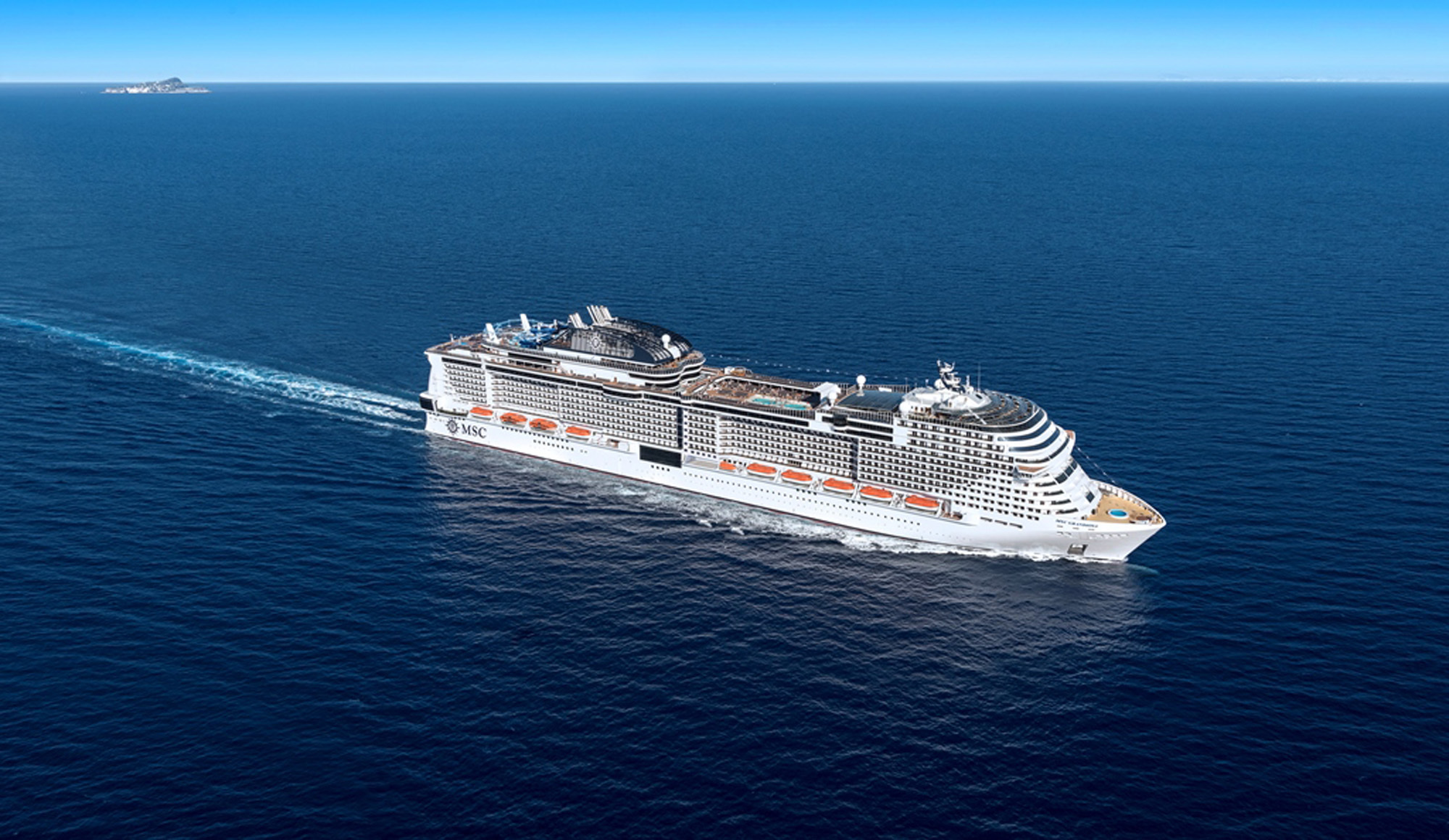 For some sun and style, MSC Cruises is introducing a pair of ships where passengers can relax and enjoy, just as they do in the sun-soaked Mediterranean. Highlights on the 4,500-passenger MSC Bellissima, debuting in March, include a new voice-enabled artificial intelligence device that acts as a customer-service portal, a magic-themed children’s program, and the HOLA! Tapas bar, in partnership with Michelin-starred Spanish chef Ramon Freixa. Meanwhile, the Grandiosa, much larger at 6,300 passengers, makes her inaugural voyage in October, with a set of never-before-seen Cirque du Soleil shows, a two-deck promenade with a massive LED Skyscreen, and the French-inspired L’Atelier Bistrot lounge.
MSC Bellissima’s seven-night cruises from $1,199 per person; seven-night sailings on MSC Grandiosa from $799 per person; msccruisesusa.com. 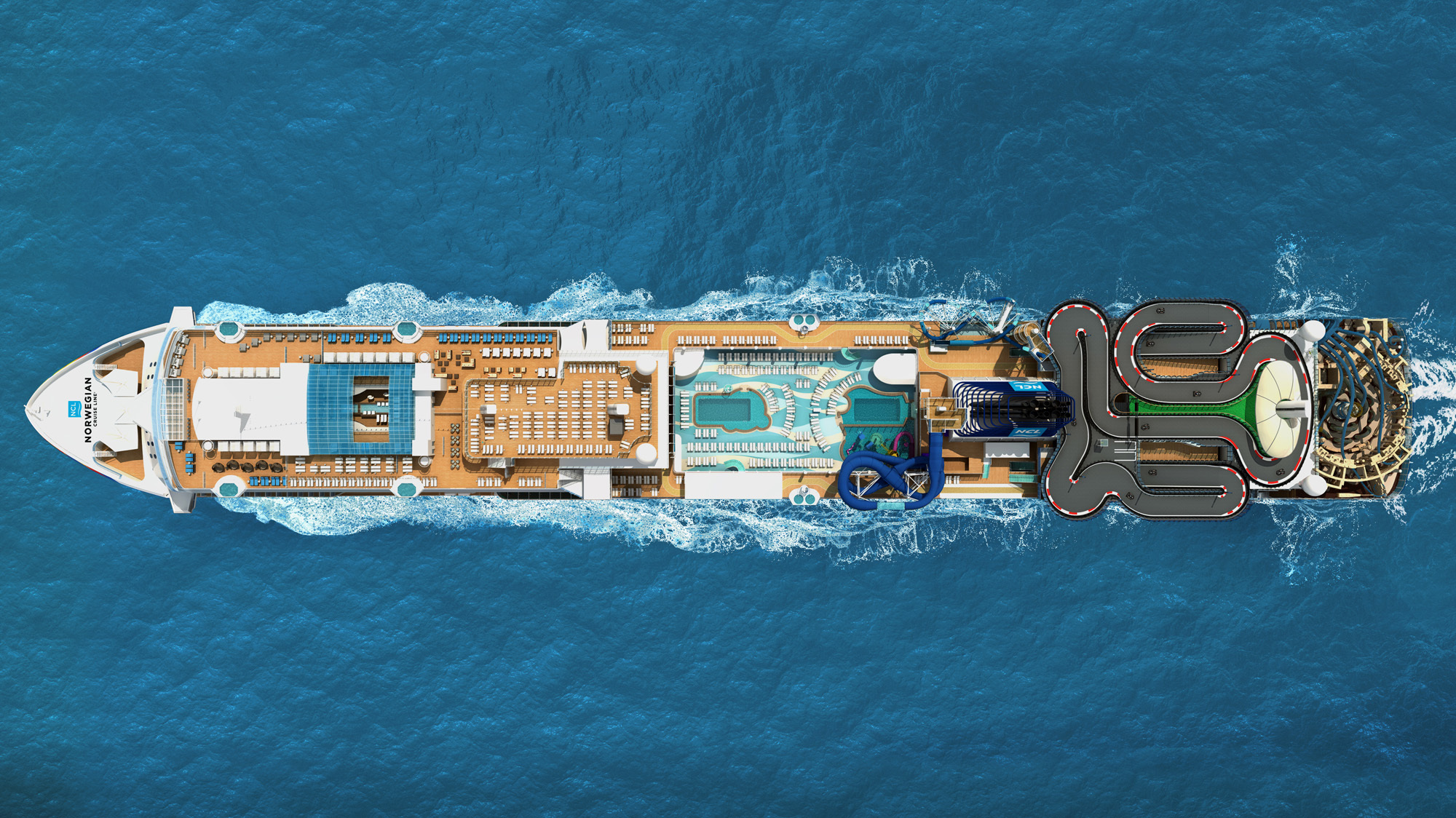 The fourth and final ship of the Norwegian Breakaway-Plus class, Norwegian Encore (launching in autumn 2019) offers features similar to those of her sisters—except a notch above on the wow factors. For starters, the race track is larger, and part of it even loops over the side of the ship—not to mention there’s a viewing area for spectators who can shoot laser guns to turbo-boost their favorite drivers. The laser tag course, which spans a good portion of the sun deck, resembles a resurrection of the city of Atlantis, complete with sea creatures and hidden treasures. Meanwhile, the 10,000 square-foot augmented reality complex, Galaxy Pavilion, combines interactive gaming and cutting edge technology. Last but not least, the entertainment roster does nothing short of dazzle: Cyndi Lauper’s Tony Award-winning Kinky Boots takes a lively tour at sea, while UK-based group the Choir of Man performs a variety of genres, from pub tunes to classic rock to folk music, and the Happy Hour Prohibition recreates a New Orleans speakeasy with rip-roaring tales of bootleggers and retro cocktails with a modern bend.
Seven-day Eastern Caribbean cruise from Miami from $849; ncl.com. 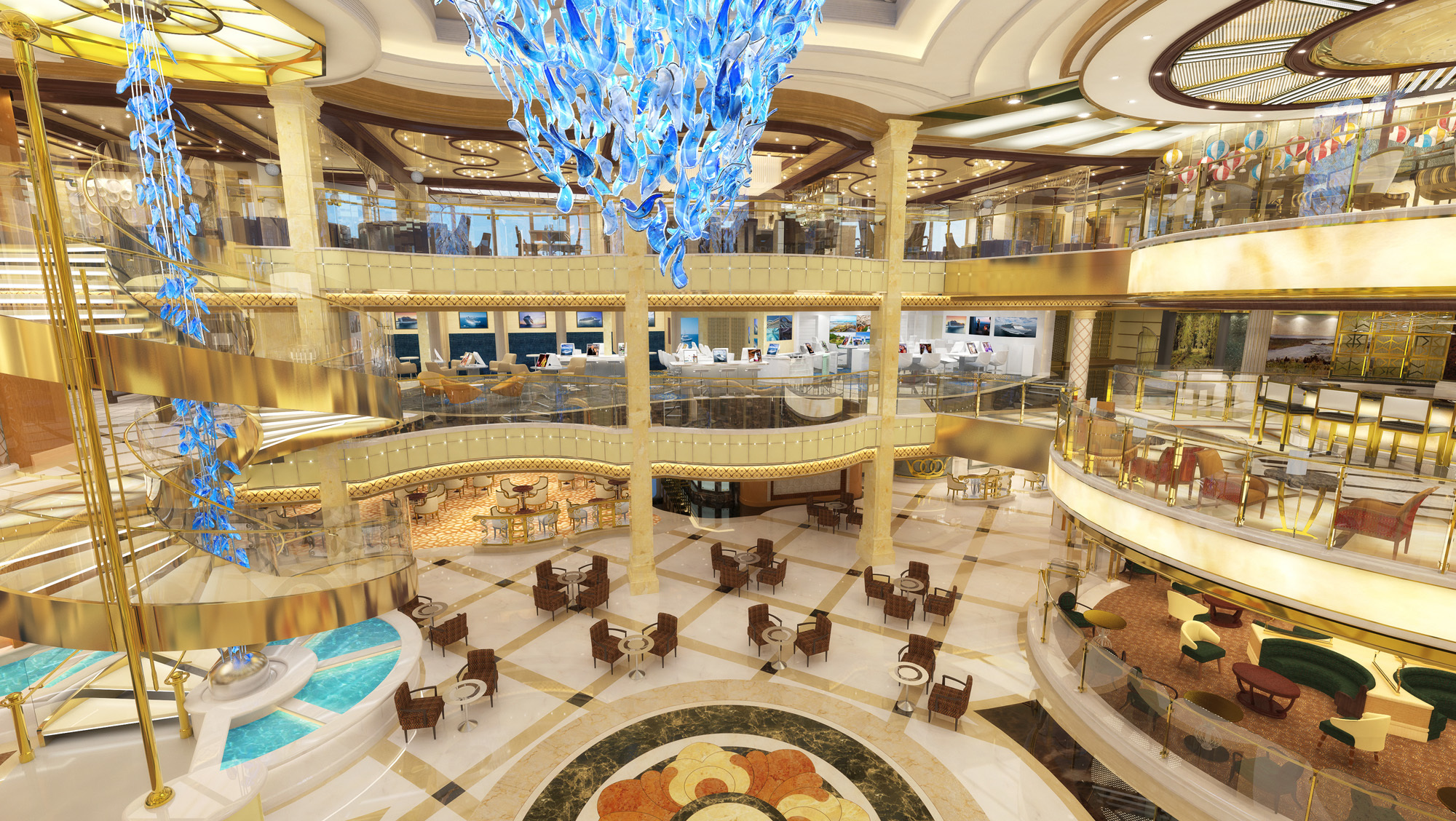 The 3,660-passenger Sky Princess (on the sea starting October 2019) reinvents of some of the brands’ signature experiences, bringing fresh and modern spaces and elevating the line's popular venues such as Sabatini’s Italian Trattoria, the classic Crown Grill, and the Salty Dog Pub, known for its Ernesto Burger (a rib-eye and short-rib patty with pork belly, Gruyere, caramelized kimchi, and beer-battered jalapeño). Plus this ship will debut a French bistro with an exclusive menu from Chef Emmanuel Renaut, who runs the three-Michelin-star Flocons de Sel in the French Alps. Stay tuned for more details on a cool jazz lounge featuring music from New Orleans, and the breathtaking Sky Suites, whose 1,102 square-foot balconies are the most spacious at sea—and where you can watch movies on the big screen under the stars.
Seven-night Caribbean cruises from $859 per person; Mediterranean cruises from $1,289 per person; princess.com. 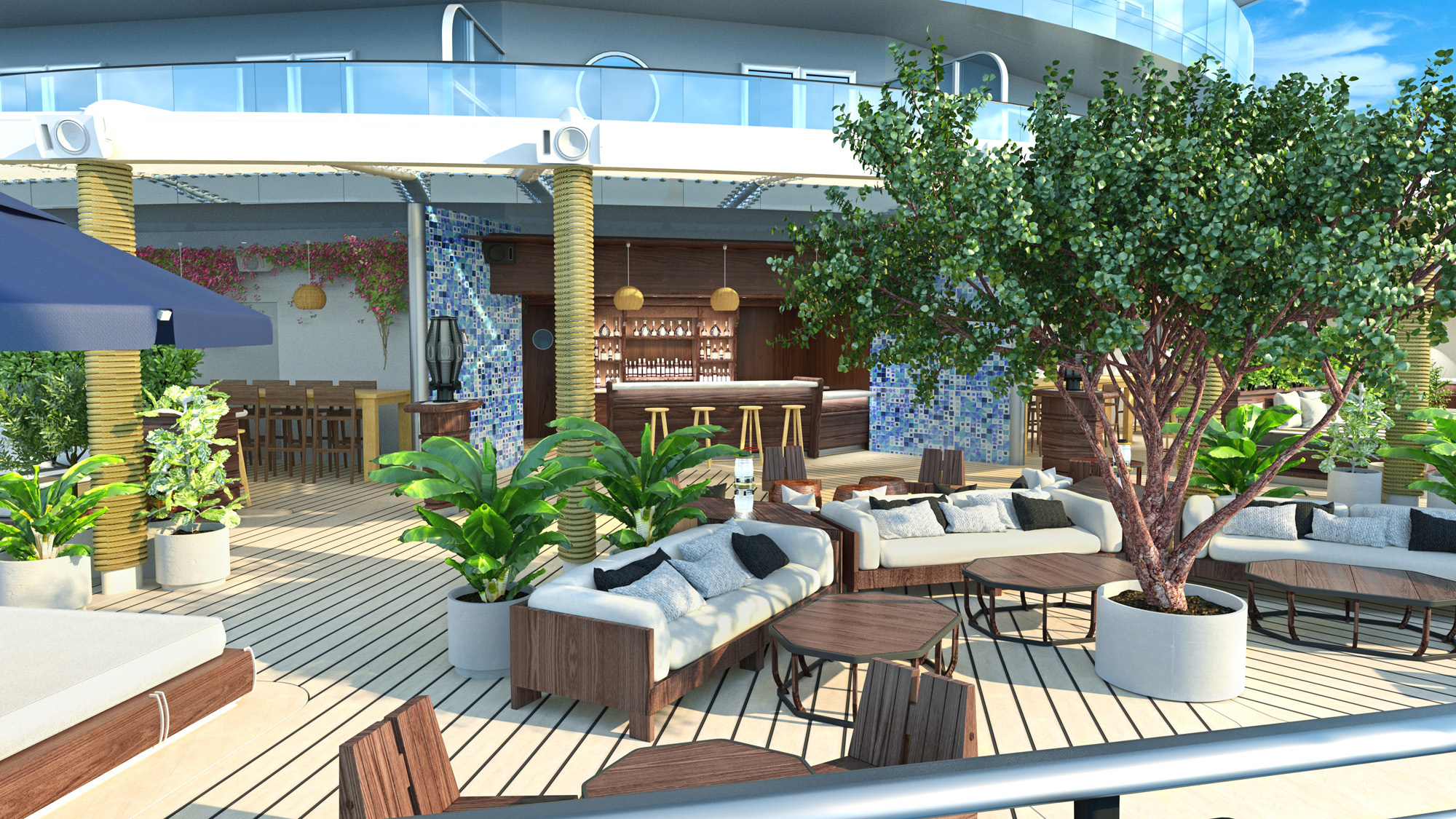 There’s already been a lot of buzz about Virgin Voyages’ Scarlet Lady, even though the launch is more than a year way. That’s probably because Virgin mogul Richard Branson is behind the adults-only ground-breaking vessel—and he’s brought some big-name designers on board (Tom Dixon, Roman and Williams, Concrete Amsterdam, among others) to create thought-provoking, imaginative spaces: retro-futuristic Rockstar Suites, a Korean barbecue restaurant with drinking games, a vegan bar with bold black and white stripes, and terraces with handwoven hammocks. Cabins have mood-lighting and beds that convert to loungers—should you ever find the time to sleep.
The Scarlet Lady will sail four- and five-night Havana After Dark itineraries featuring an overnight stay in Havana, Cuba; five-night Mayan Sol voyages to Costa Maya, Mexico; and five-night Dominican Daze voyages to Puerto Plata, Dominican Republic. No prices yet; virginvoyages.com.