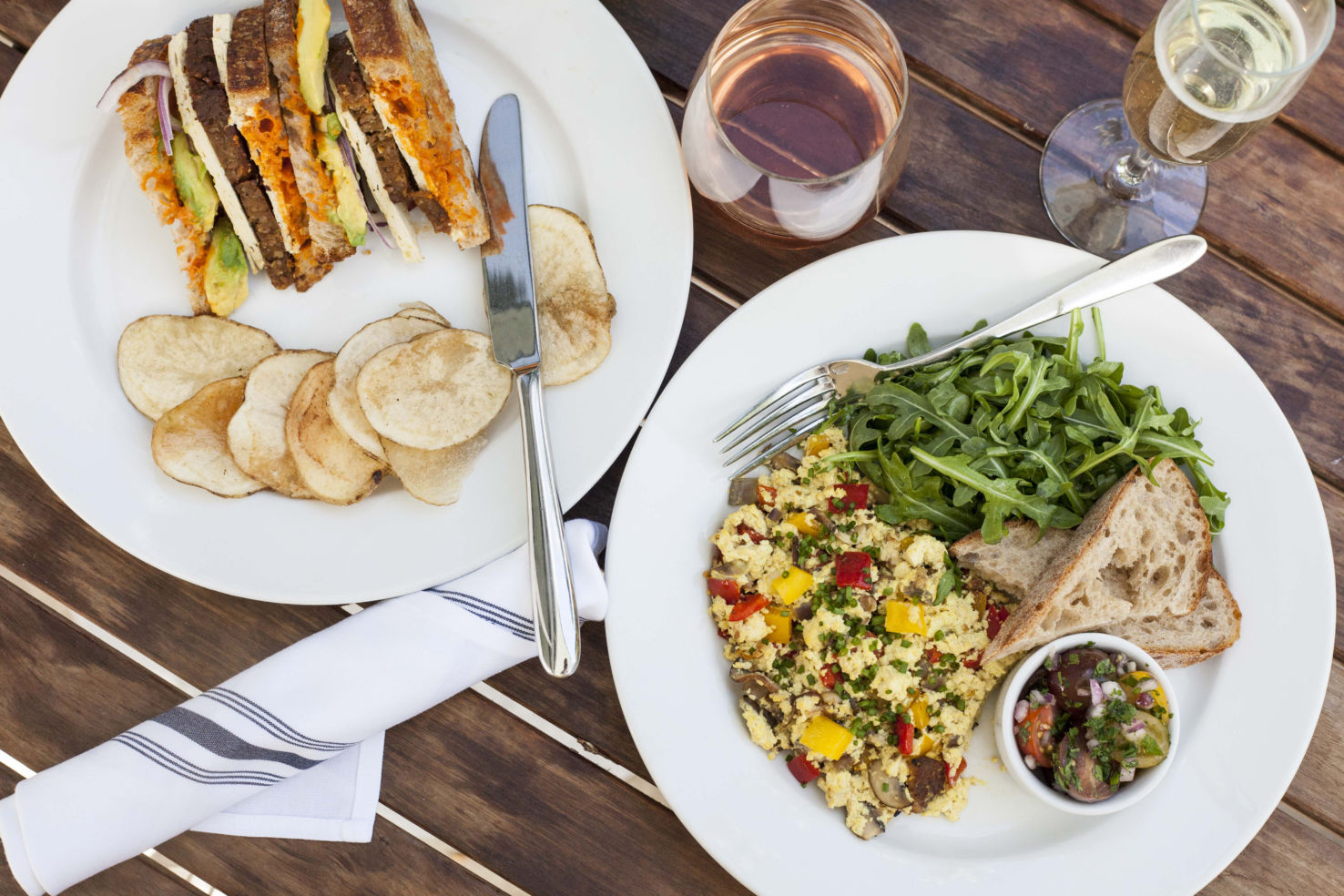 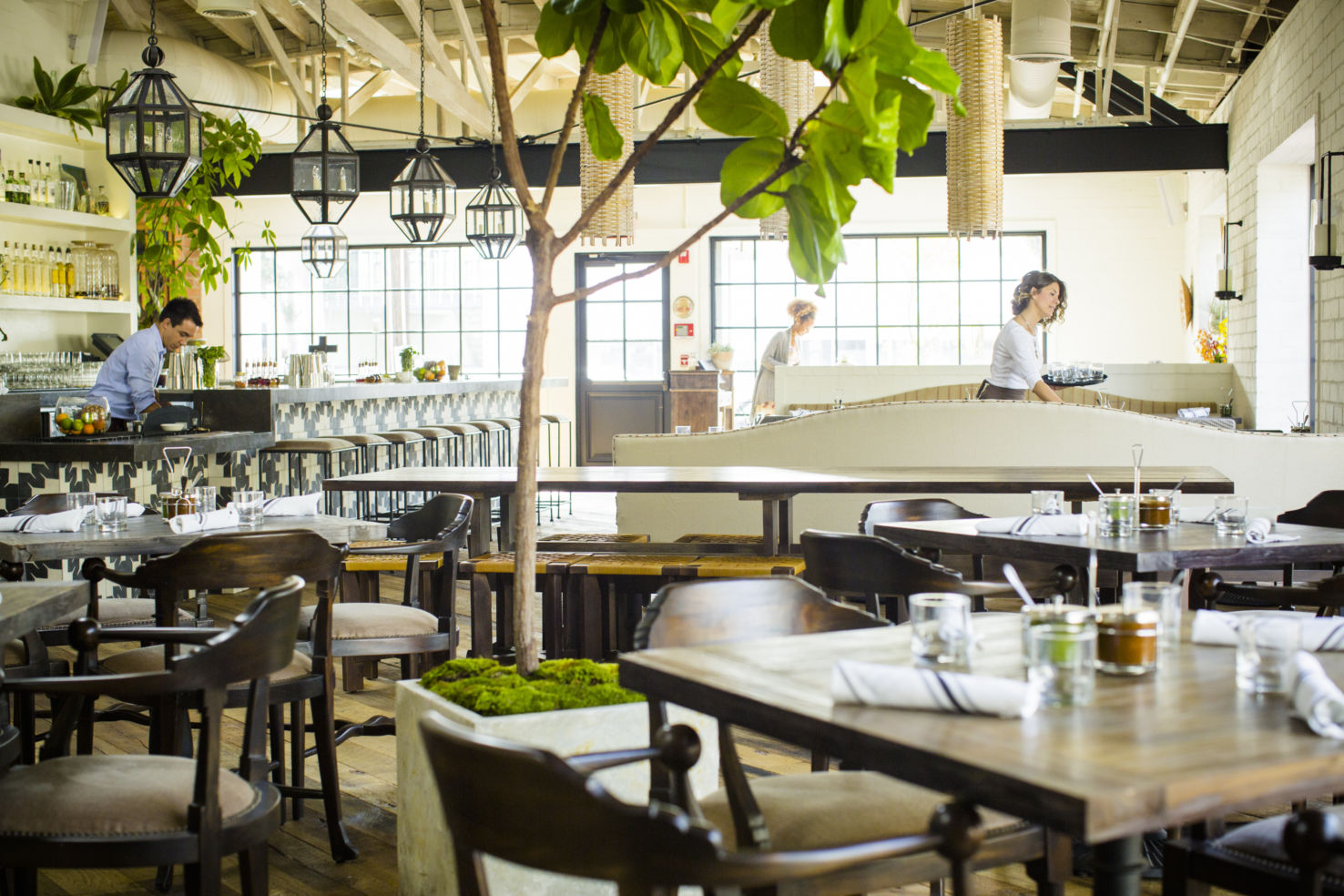 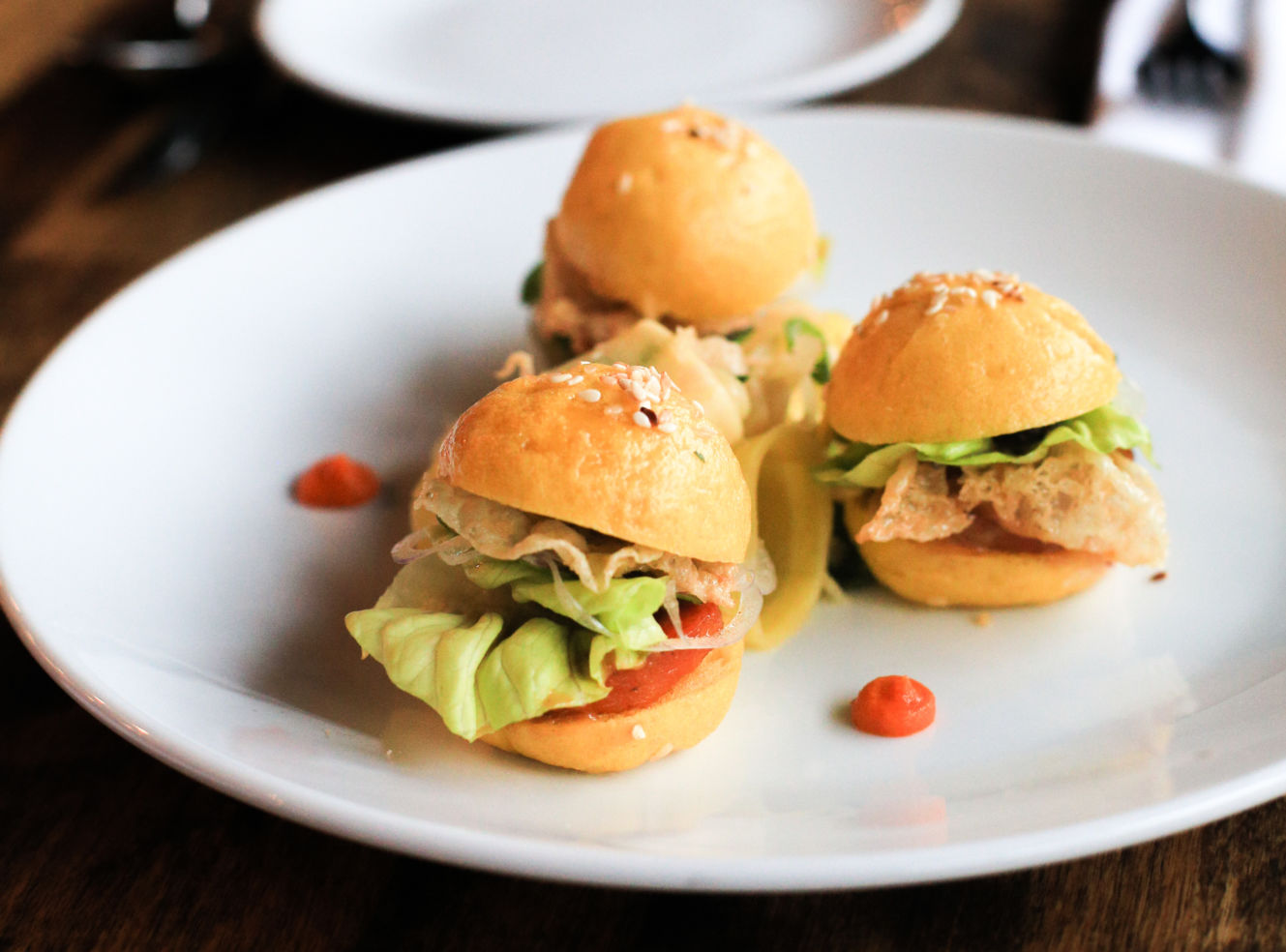 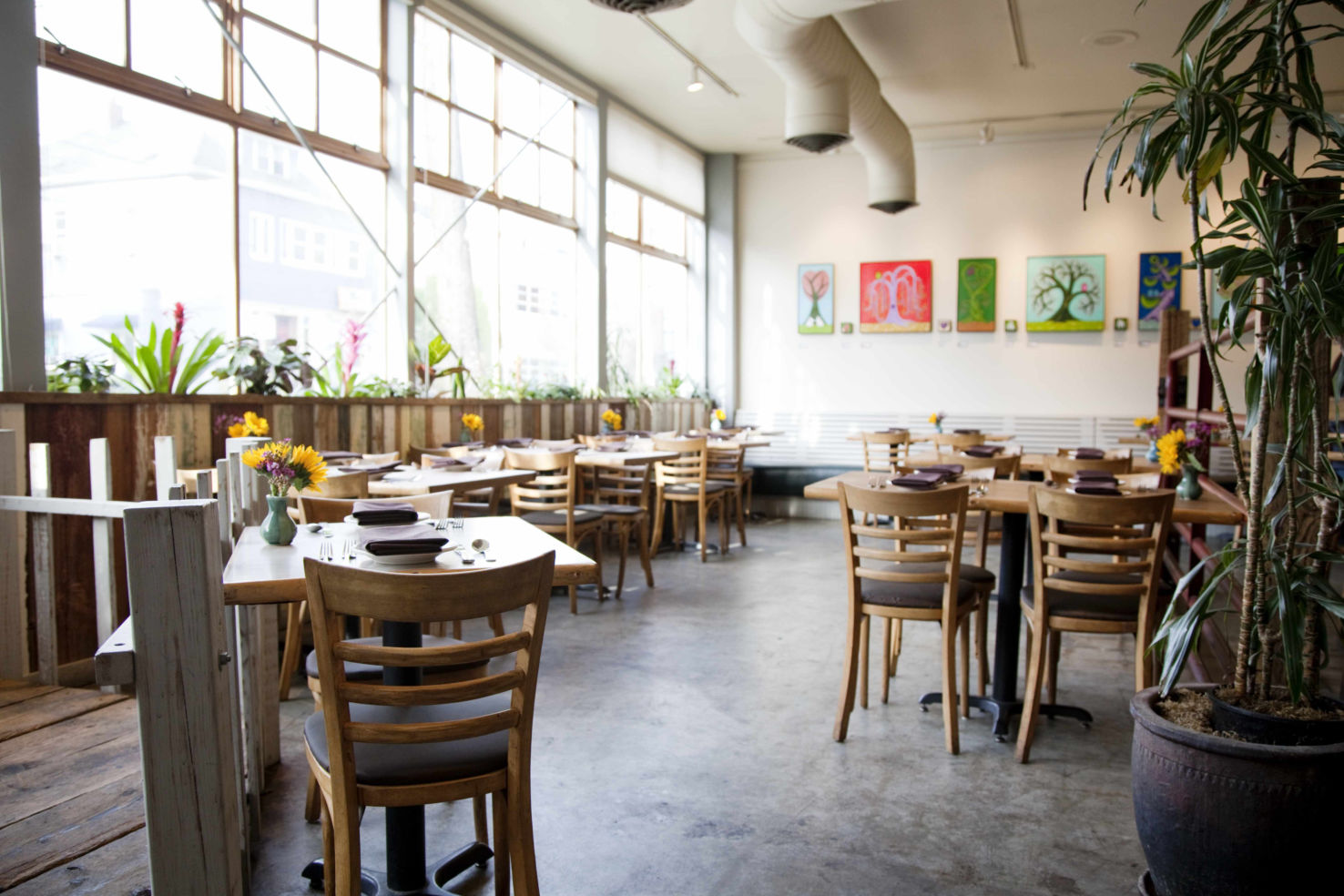 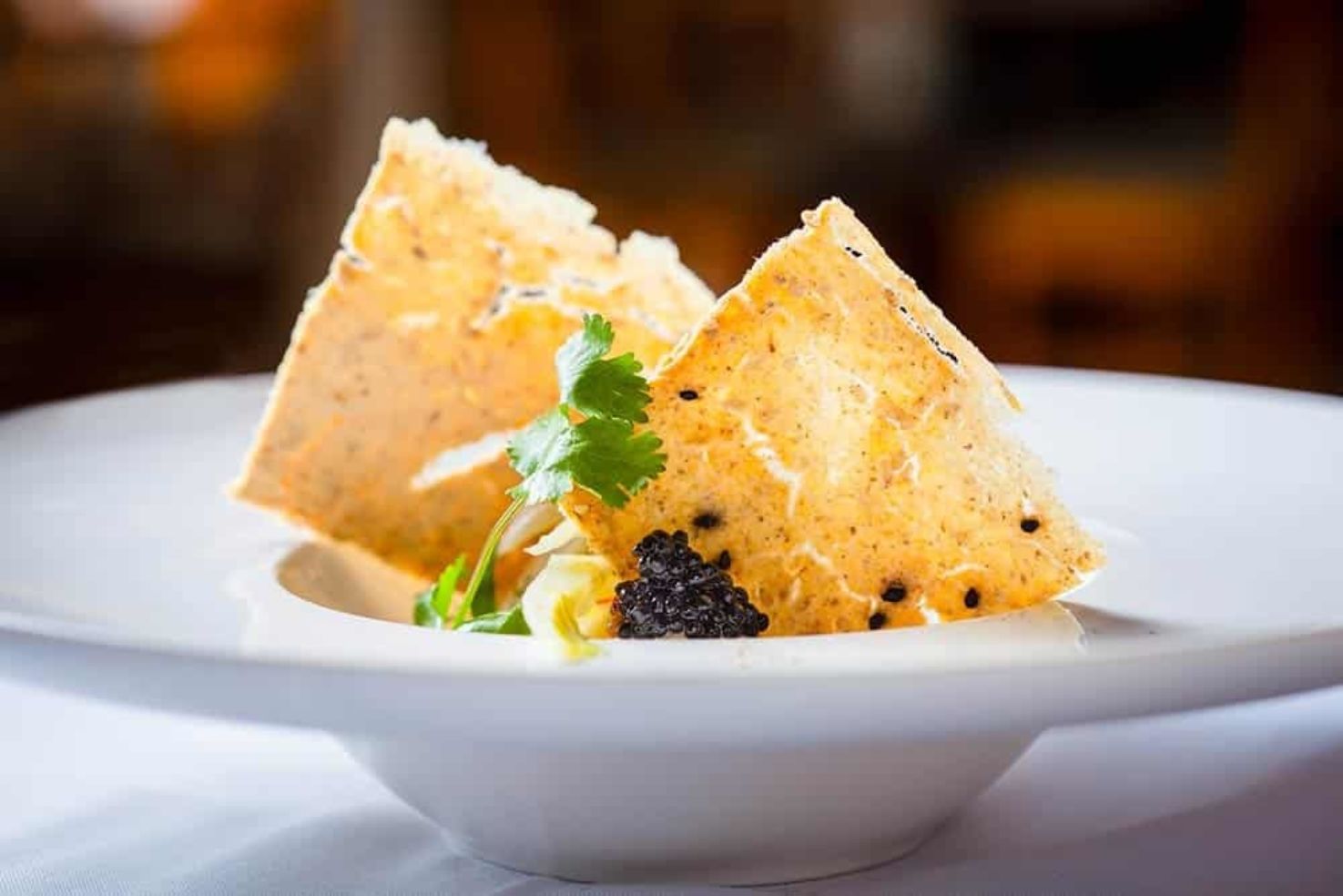 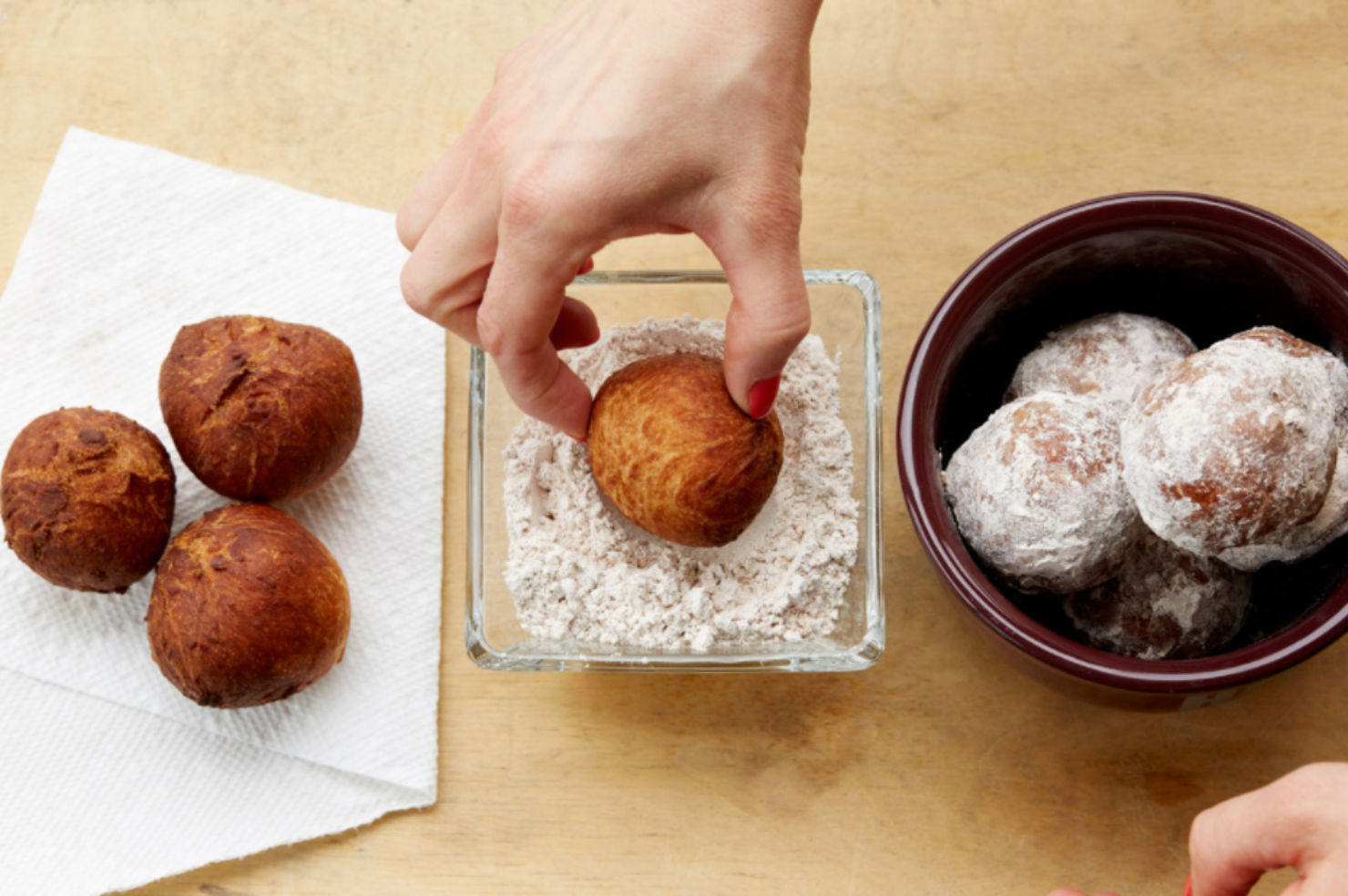 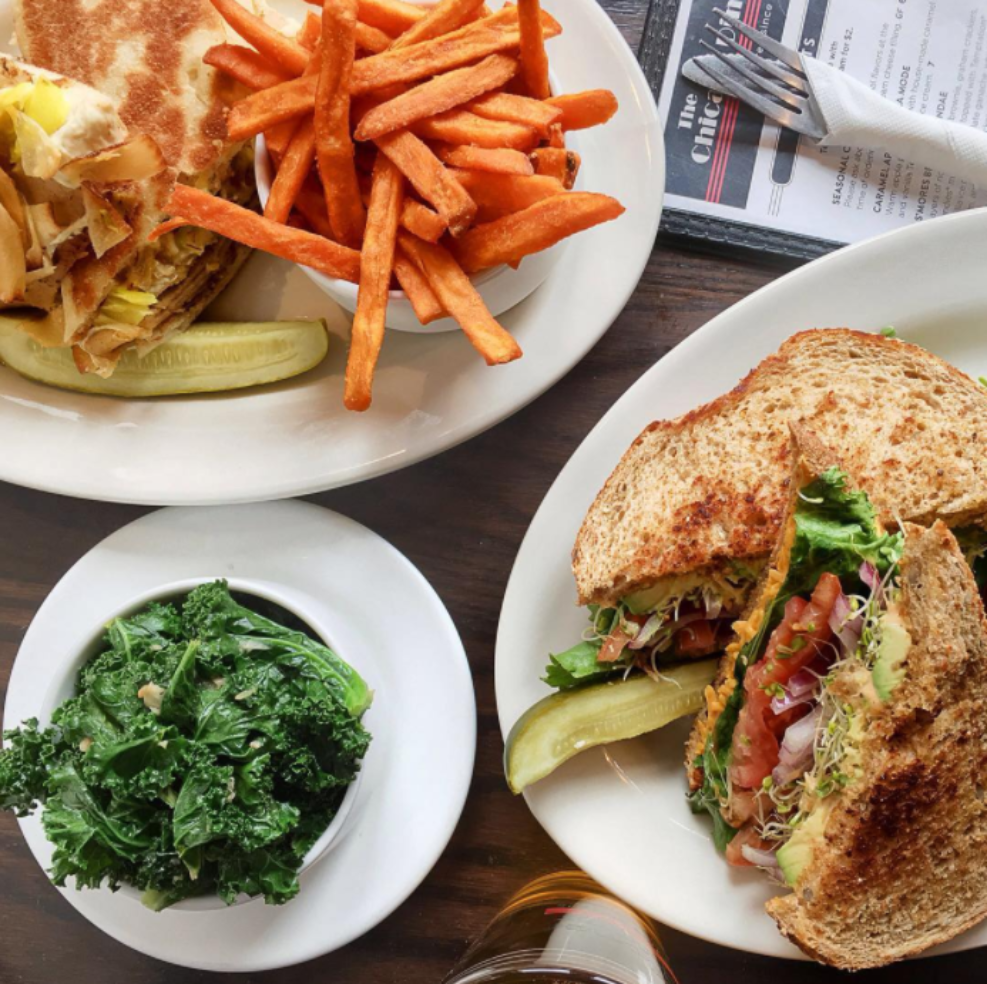 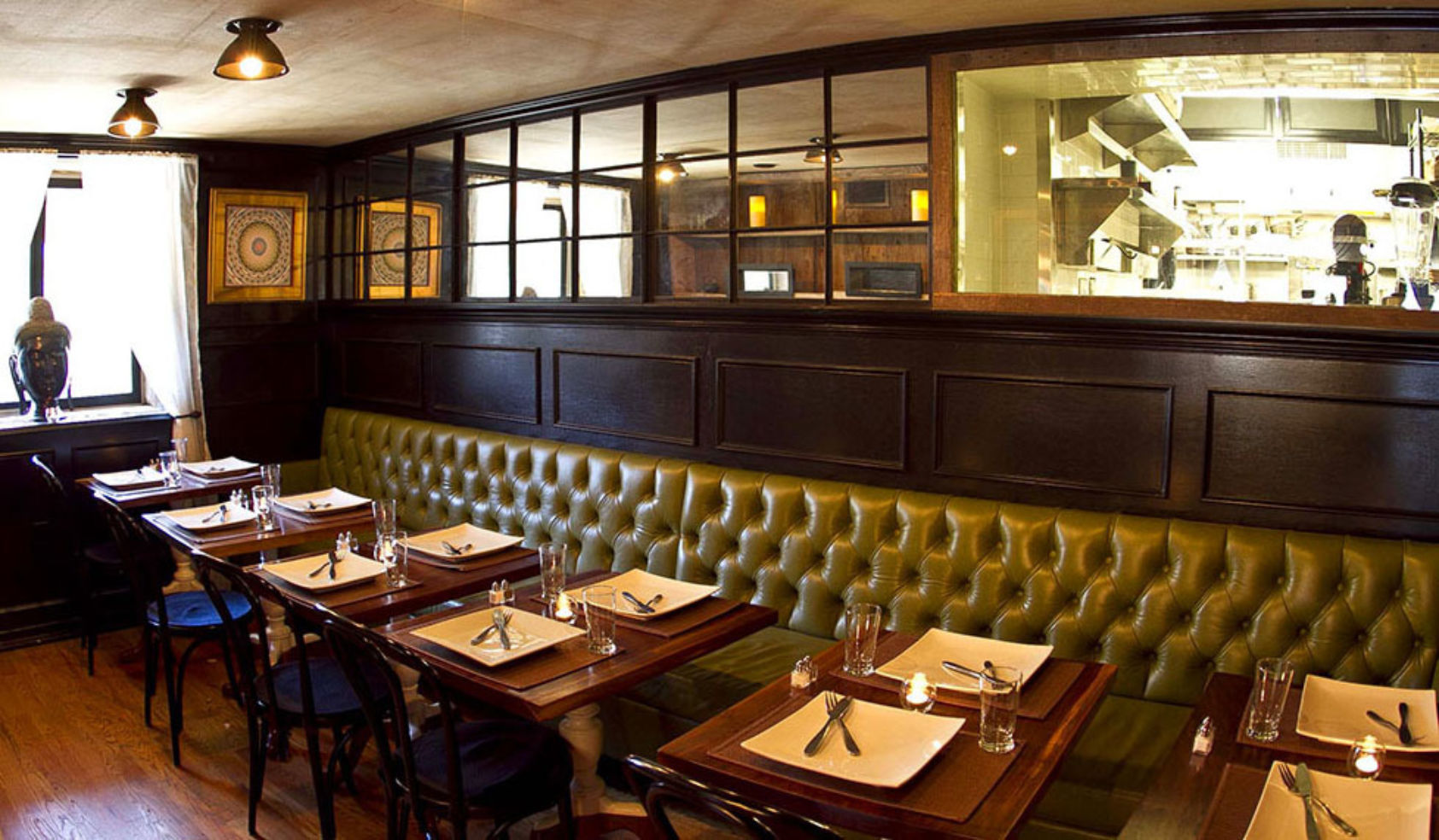 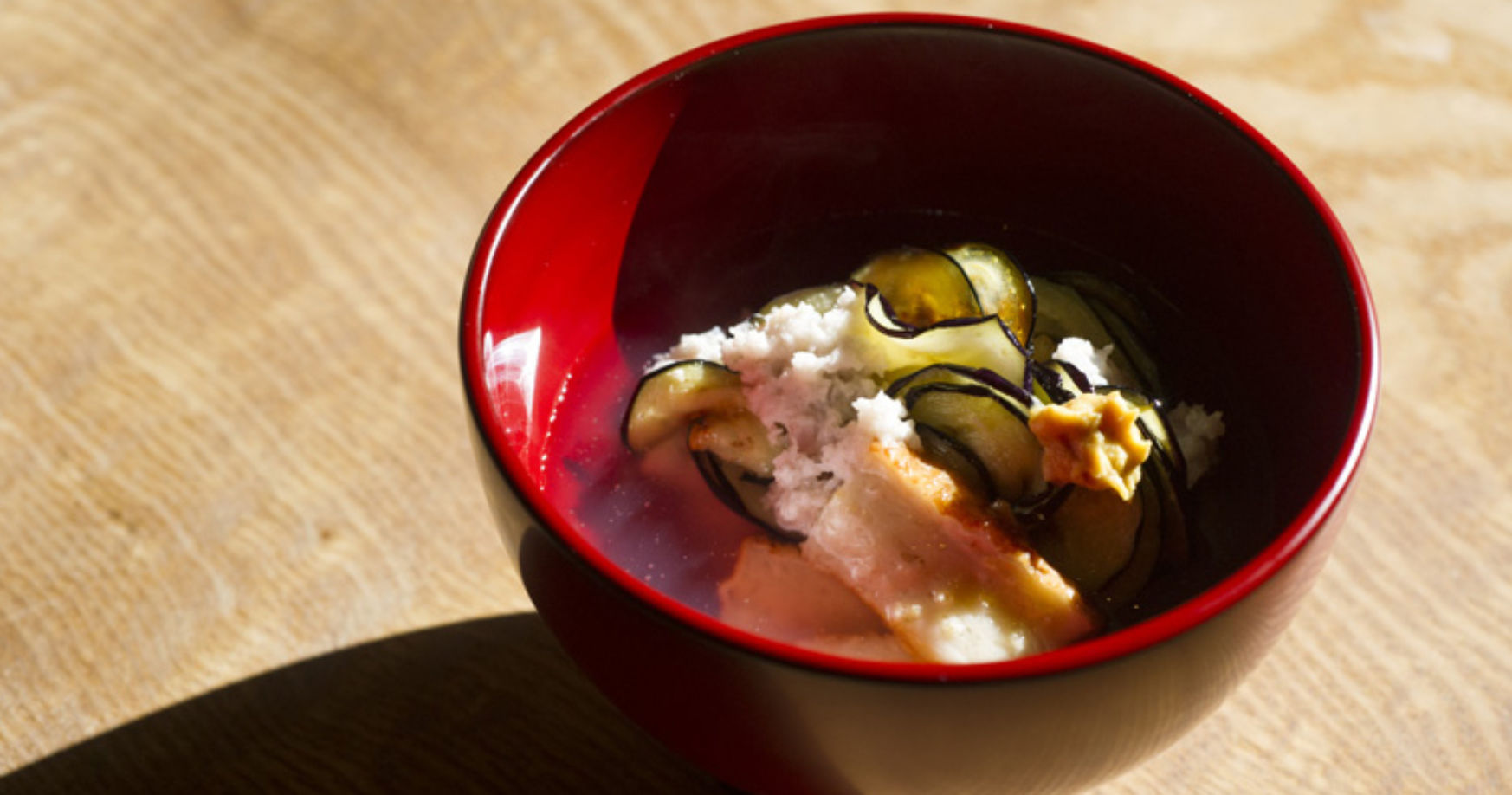 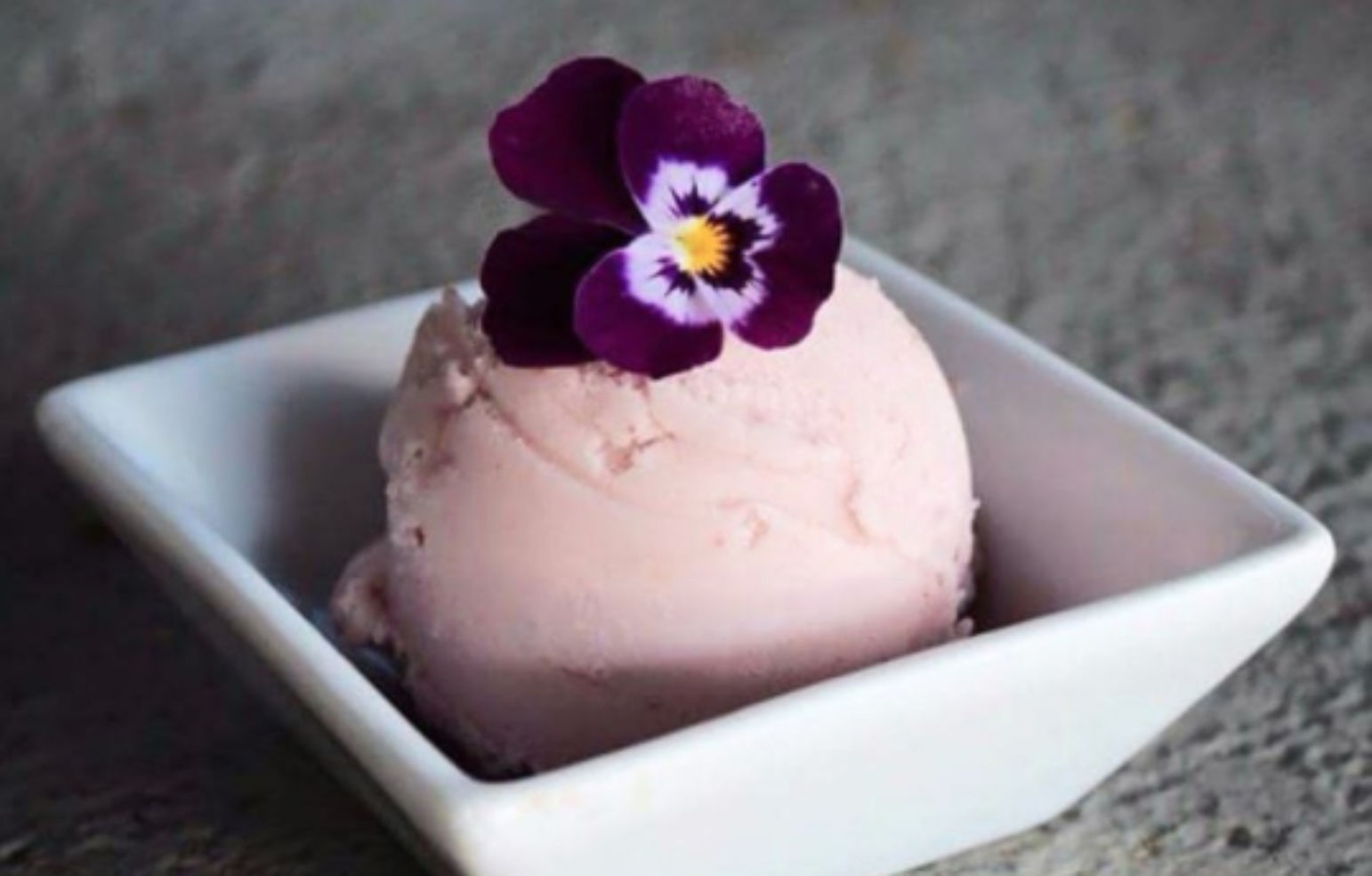 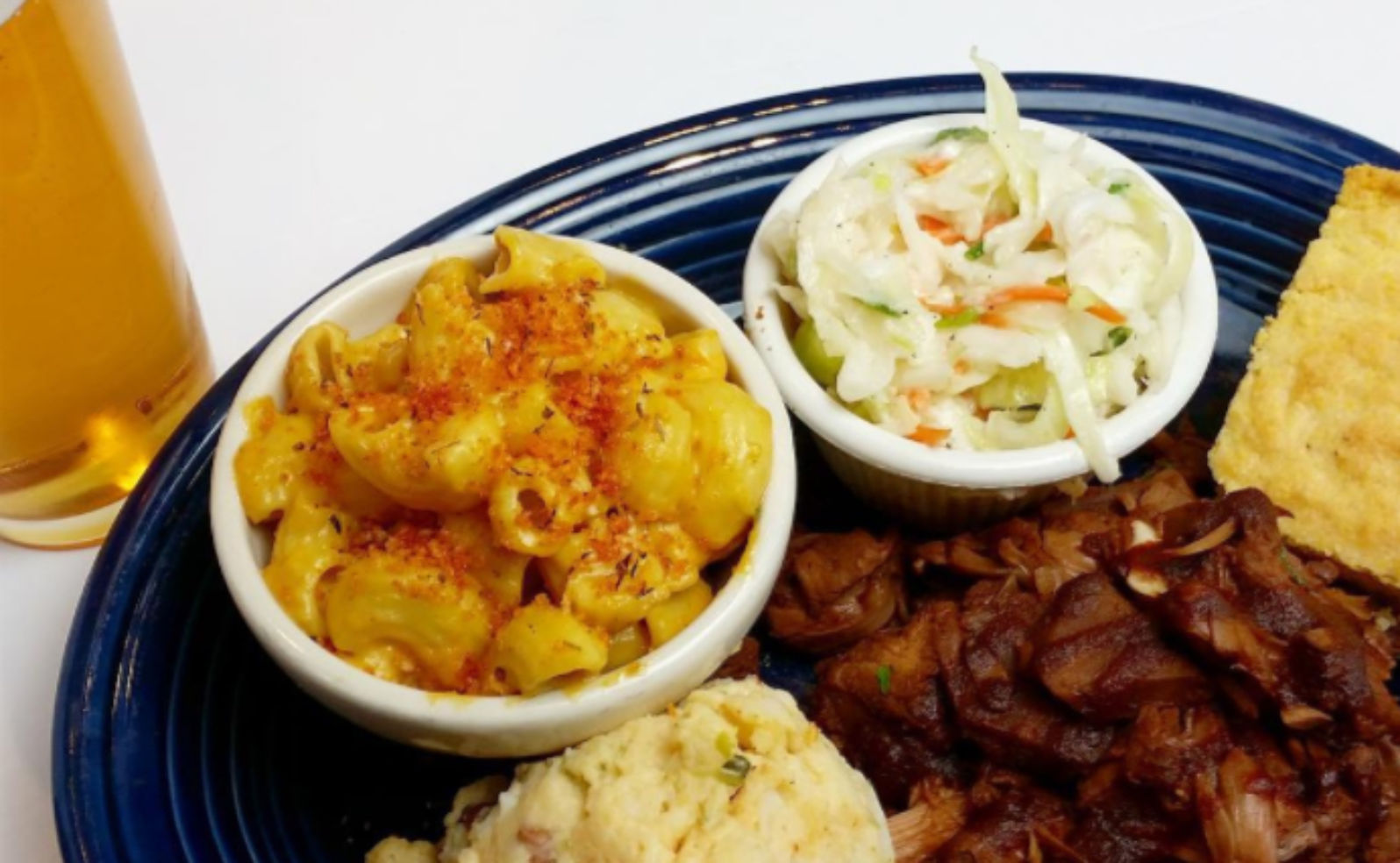 According to the open letter on Little Pine’s website, electronic music uber-star Moby opened the all-vegan restaurant because he wanted the “ability to take a bunch of the things I care about: food, community, veganism, architecture, and design, and represent them in one space.” Behold: a 100% vegan restaurant in an Art Deco building in Los Angeles’s Silver Lake neighborhood. The Mediterranean-inspired menu includes pleasures like broccoli arancini, creative soups and salads, and panko-crusted piccata (made with tofu, of course.) There’s a well-curated beer and wine, so plenty of reason beyond the cheery alpine-themed décor to linger for a while.

Gracias Madre is Spanish for "Thank you, Mother" and mother here is Mother Earth. This rustic cafe in San Francisco's Mission District is a vegan option for Mexican food amid the profusion of taco'n'burrito joints throughout the city. Tortas, pozole, tacos, and quesadillas are all present and accounted for here, each stuffed or accompanied by creatively prepared local veggies. Set in an airy space with a high, arched wood ceiling and weathered wood tables, the vibe is lively and unpretentious.

When Dirt Candy opened in 2008, it was pretty much unheard of that you'd need a reservation weeks in advance to get a seat at a vegetarian restaurant. But Amanda Cohen changed all that with her compact Lower East Side eatery that quickly rose to the top of the New York City foodies' must-try lists. In 2015, she relocated to much bigger, cheery digs, making it much easier to get your hands on her ultra-creative --and beautiful!--dishes like kale matzoh ball soup and grilled and smoked broccoli dogs with broccoli kraut and mustard bbq sauce.

Before vegan and gluten-free became part of restaurants’ everyday language, there was Flora. This vegetarian eatery in Seattle opened in 1991 in an abandoned laundromat. A long-time general manager bought the place in 2008 and updated it so that today one of the many draws is its atrium, which is lined with floor-to-ceiling windows and adorned with exotic greenery. There’s also a pretty herb garden outside. And, of course, the seasonal menu of sandwiches, salads, stone-fired pizzas, and creative entrees (Portobello Wellington, anyone?) makes use of vegetables and other ingredients mainly sourced from local farms.

Elizabeth Petty was converted to a vegan/raw food diet while battling breast cancer. Today, Elizabeth’s Gone Raw, her DC restaurant is testament to the fact that not only is a vegan fare good for you, it can also be supremely elegant and delicious. Elizabeth’s is a high-end affair: it’s only open on Friday nights and your only option is the prix fixe six-course tasting menu. Rest assured, this stylish and refined eatery, complete with a marble bar and chandeliers, is the place to surrender your choice to the kitchen. Past menus have included intriguing creations like curried kelp noodles with roasted pork (AKA: a concoction of nuts and vegetable juices) and stuffed squash blossom with truffle cashew cheese, zucchini and pickled cauliflower, and vanilla beetroot yogurt. The bar turns out creative cocktails with fresh juices and homemade sodas, and what's more: a sommelier is on hand to recommend wine pairings. Meals here are definitely a splurge, but this kind of originality makes for a rich experience.

The longtime signature dish at Vedge in Philadelphia is yellow beets roasted on a bed of salt, then sliced and minced to serve as the base for a layered cylinder of avocado, capers, smoked tofu, creamy cucumbers, and red onion, topped off with rye toast. Richard Landau and Katy Jacoby, the husband and wife chef/owners, have been raising eyebrows with this dish and plenty others since they opened in 2011 in a handsome, historic brownstone. The dining room—all blonde and dark woods—features a bar offering a creative cocktail menu. The room is as elegant and classy as the creative dishes that feature local, seasonal vegetables. Jacoby serves as the pastry chef, and Landau, who grew up a full-on carnivore, turns out vegan versions of familiar dishes. With vegetables and tofu  roasted, glazed, smoked, and charred

While veggie burgers are a dime a dozen these days, they were a bit of a rarity in the early '80s especially in a city like Chicago. With its slogan "Meat Free Since '83," the founders of The Chicago Diner were certainly pioneers in the plant-based movement. Today, there are two locales: the original in Lakeview, which has an old-timey vibe, and a second, more modern one in Logan Square. Longstanding signatures include roasted vegetable lasagna and the seitan Reuben sandwich known as the "Radical Reuben," which is so popular that the name is trademarked. The recipe for that sandwich and plenty of other meals they created are featured in all-vegan The New Chicago Diner Cookbook.

Plenty of restaurants these day adhere to a "farm-to-table" philosophy, but fewer can boast "table-to-farm" practices. G-Zen, a serene waterside eatery in Branford, Connecticut, is among those committed to being a "zero waste" establishment, which means that they compost 100% of their food waste and biodegradable containers at the owners' own farm. Glass and other materials are recycled. The tables are made from reclaimed wood. And so on. Now, about the food: the from-scratch kitchen focuses on local, seasonal, organic and Fair Trade ingredients. Refined sugars, GMO corn, or soy products are nowhere to be found. The wine list is mostly composed of vino from organic or biodynamic wineries and the juice and smoothie selection is extensive and creative. There are dishes like the Sufi Kiss (marinated artichoke and Kalamata olives wrapped in filo and enhanced with paprika aioli), dim sum dumplings stuffed with tempura and fresh vegetables, and the signature "cheese" plate, each of which might force you to reevaluate your presumptions about vegan fare.

The house-made tofu is just one of several of Kajitsu's claims to fame. The minimalist and tranquil Japanese restaurant in New York City's Murray Hill neighborhood features all sorts delicacies meticulously prepared with vegetables and other straight-from-the-earth ingredients that range from the familiar to the exotic. The animal-free style of cooking is called shojin ryori in Japan and it's a tradition that springs from Zen Buddhism. Mushrooms account for the substance in many dishes, each of which is enhanced by colorful roots, buds, leaves, and miso. The menu changes on the first of each month.

Asheville, North Carolina is a bucket list destination for BBQ fanatics, so a vegan restaurant might seem out of place in this charming city. But in the skilled hands of chef Jason Sellers, even hard-core carnivores might be surprised at the rich, complex and intriguing flavors in the globally inspired, locally minded dishes offered at Plant. On a recent spring menu (it changes with the harvest), seitan chile con queso is prepared with grilled farm squash, cilantro mojo, and pickled jalapeno and onion. The uttapam, an Indian bread with the would-be toppings mixed into the batter, features coconut chutney, onion, tomato, avocado, chile-orange oil, and cabbage. Vegan cheeses, made from nuts, are creatively integrated into several dishes, and it’s in your best interest to abandon any presumptions you hold against tempe and tofu. Sellers works wonders with them. And save room for dessert. The ice cream here will have you wondering who snuck dairy into the kitchen.

Say “diner” to anyone and chances are pretty high that visions of bacon and eggs will dance in their heads. Veggie Galaxy, a lively institution in Cambridge, Massachusetts's hip Central Square, serves anything but that classic pork-heavy all-day-breakfast fare in a space designed like an old-school diner. The menu here offers wide-ranging selections of creative and traditional omelets and veggie burgers as well as plenty of items featuring tempe bacon and seitan sausage. But one of its longstanding claim to fame is its gravy poutine. If you’ve got a sweet tooth, be sure to check out the onsite bakery, which specializes in vegan versions of indulgences like Boston cream pie, cheesecake, and sweet potato carrot cake, not to mention pies and muffins galore.

It's a good time to be a voraciously open-minded food lover in the USA. Across the country, chefs are dressing up vegetables, noodles, and other meat-free fare in creative--and delicious!--ways. We rounded up a few spots where you can try vegetarian cuisine in style.