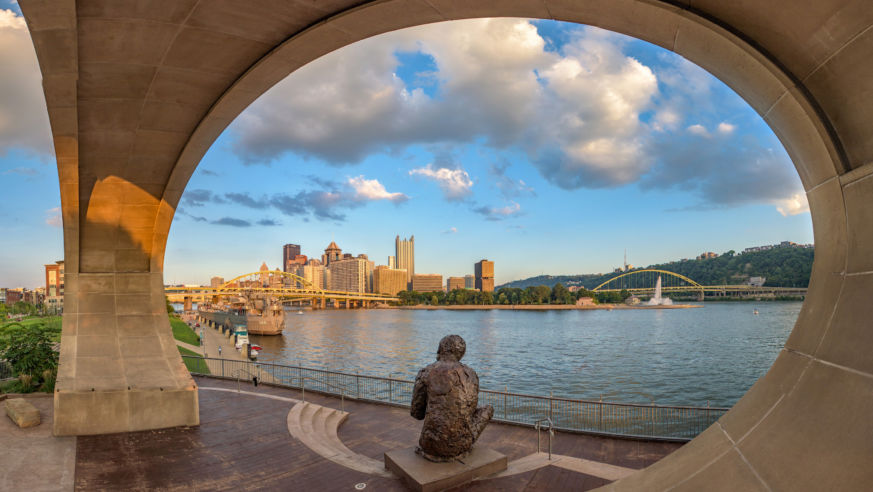 While you can watch the legacy of Mister Fred Rogers on film – with a 2018 documentary and a November 2019 release starring Tom Hanks – why not make a trip to where you can learn more about the man who liked you just the way you are?

Launched in 2018, to commemorate the 50th anniversary of “Mister Rogers’ Neighborhood,” a self-guided “Fred Rogers Trail” marks 15 stops throughout Western Pennsylvania. It connects Latrobe, where Rogers was born, to Pittsburgh, about 40 miles away and where Rogers made a great local impact.

Marketed as a three-day itinerary, here are some places along the trail that teach more about the man who known for his cardigans and tennis shoes. 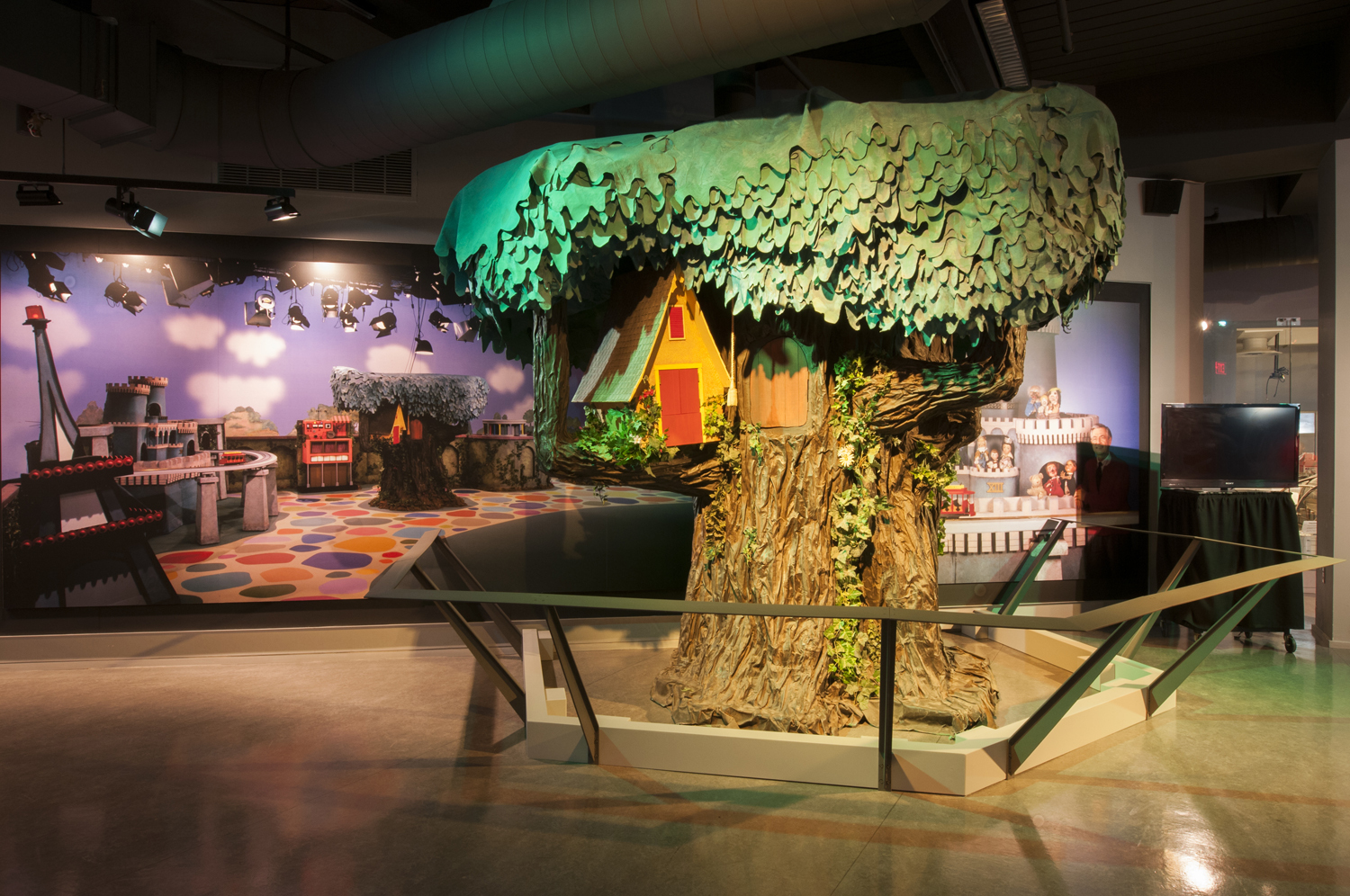 Mister Rogers had been a major supporter of this north side Pittsburgh Children's museum since its inception in 1983. As a thank you to their friend and mentor, Rogers is remembered here through his show puppets and other belongings. In its Nursery exhibit, find King Friday XIII, Queen Sarah Saturday, Henrietta Pussycat, X the Owl, Lady Elaine Fairchilde, Daniel Striped Tiger and Gran Pere. A Roger’s sweater is on display outside of the MAKESHOP space, a place where children can learn how to create things. 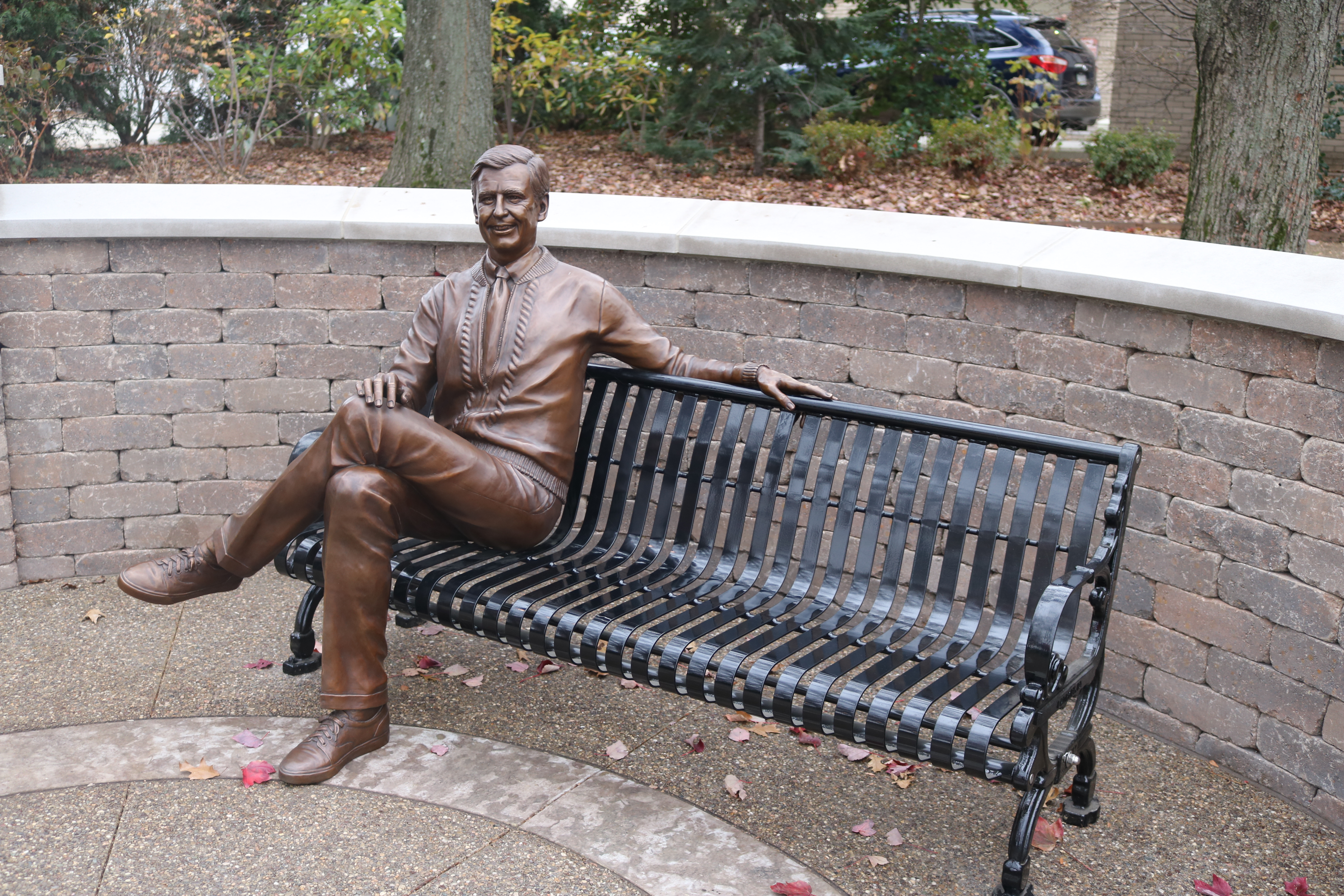 Named for Mister Rogers’ father, this park in Latrobe has a statue of Rogers seated on a bench. The public can sit down and join him, keep him company and take a selfie with him. The park also is the site of a historical marker signifying Rogers’ connection to Latrobe and his work as a puppeteer, TV show host and an ordained minister. 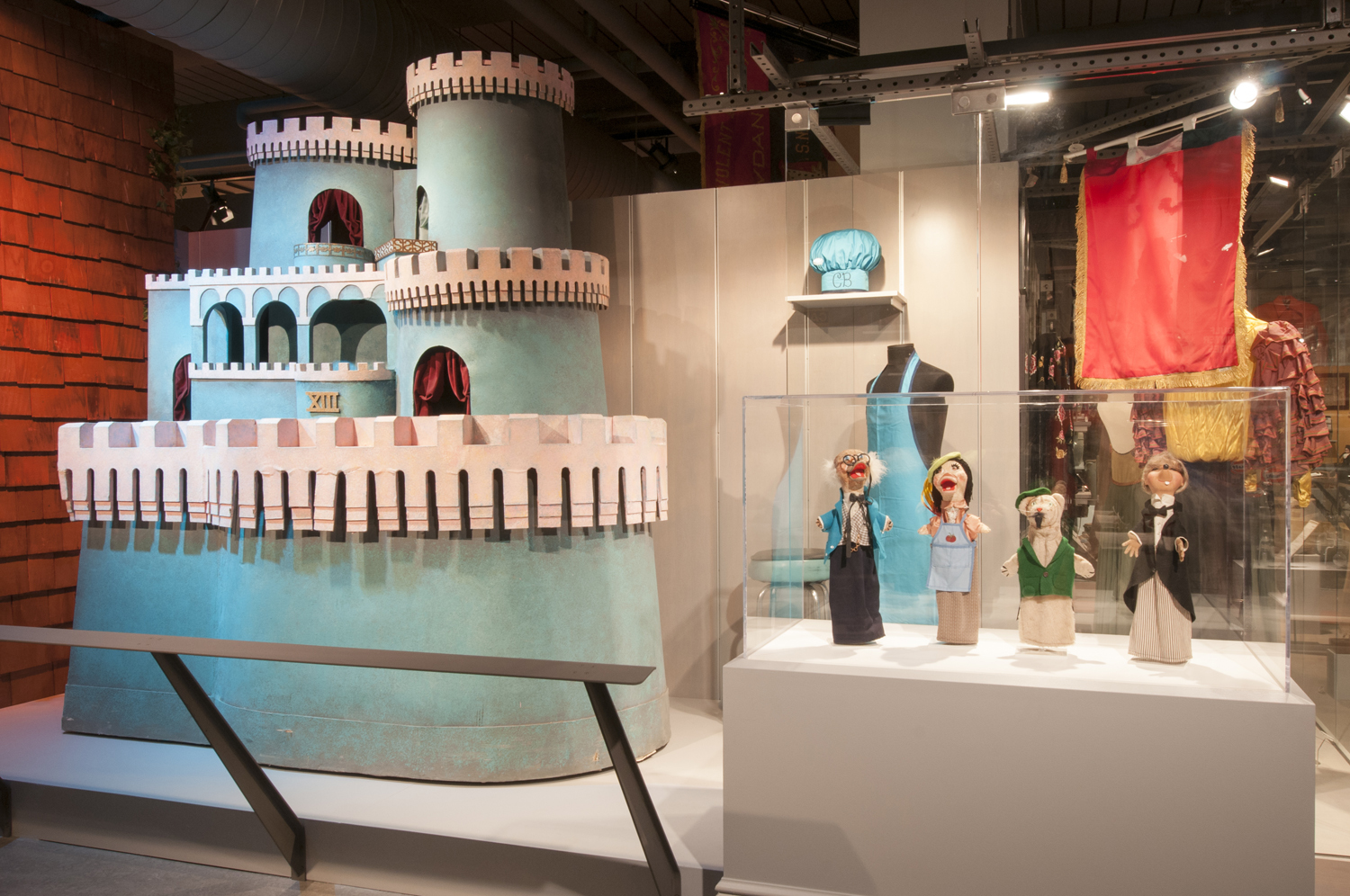 A Smithsonian Institute affiliate, the Senator John Heinz History Center along Pittsburgh’s Strip District welcomed in the “Mister Rogers’ Neighborhood” exhibit in its special exhibitions gallery in 2015. It has the largest collection of original set pieces from the show on public view. Select objects on display are the entryway and living room set that Rogers walked through to begin each show, along with King Friday XIII’s Castle, the Great Oak Tree and other props from “Neighborhood of Make-Believe, plus Picture Picture and Mr. McFeely’s “Speedy Delivery” tricycle. Be greeted by a life-like Mister Rogers, complete with his sweater, necktie, khakis and sneakers.

This trendy hotel is not only a place to spend the night on your route but also another Mister Rogers’ connection. Based in a century-old building in Pittsburgh’s East Liberty neighborhood, this Pittsburgh ACE Hotel location was a former YMCA where Rogers was a regular member and swimmer. 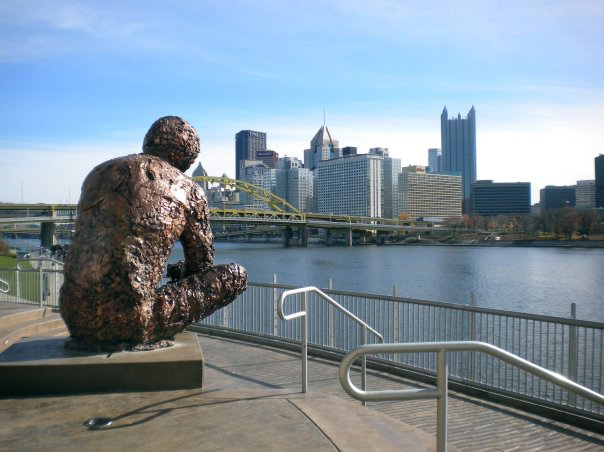 While it’s easy to say The Mister Rogers Statue, this memorial at Pittsburgh’s North Shore is officially titled “Tribute to Children.” It was designed by the late American sculptor Robert Berks (other works include the Mary McLeod Bethune Memorial and the Albert Einstein Memorial, both in Washington, D.C.). Dedicated in 2009, this 7,000-pound bronze sculpture depicts Rogers sitting down and tying on his sneakers. Placed on a Manchester Bridge pier along the Allegheny River, as a nod to Rogers’ love of swimming, the memorial has a circular walkway and an accompanying sound system playing Rogers’ musical compositions.

In Latrobe, this center carries out Rogers’ vocation of fostering healthy child development and houses a multimedia exhibit on its namesake. This exhibit chronicles Rogers’ life and work, from his roots in Latrobe, to his early years and subsequent decades in television, up through his vision on children’s education and growth through the century. See wall panels with photos and narratives, video screens with program and interview clips of or about Rogers, and Mister Rogers’ Neighborhood related articles. Have fun at a “Speedy Delivery” letter-writing station. 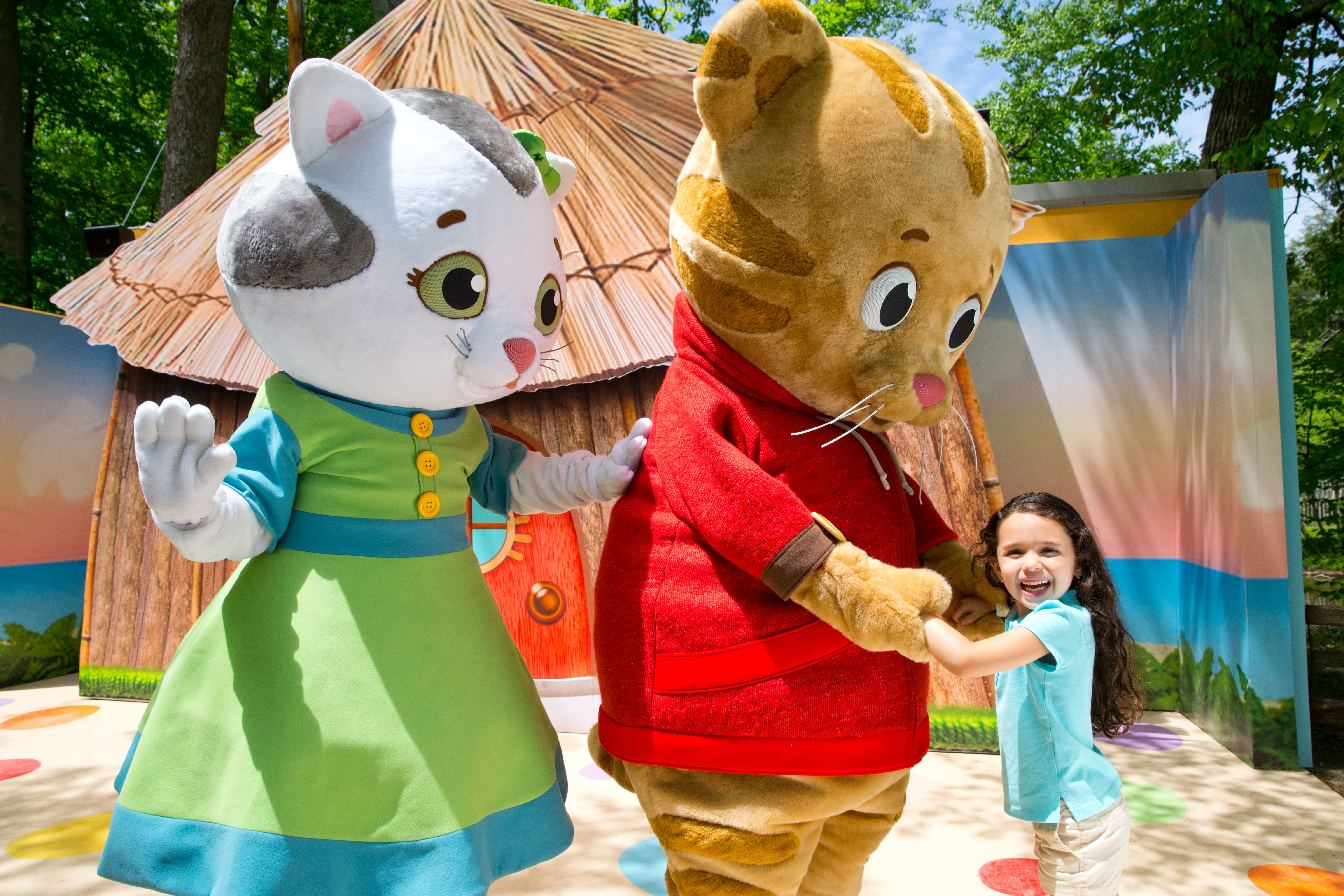 Pay your respects to Rogers at his place of burial within this cemetery in Latrobe. Rogers lies here in a family mausoleum along with his father, James Hillis Rogers, and his mother, Nancy McFeely Rogers, among other relatives. The mausoleum sits atop a hill near the back of the cemetery, with prime panoramic views of the Chestnut Ridge of the Laurel Highlands.

Idlewild & SoakZone At this amusement park in Ligonier, visitors can take a trolley ride through Daniel Tiger’s Neighborhood, an attraction based on the animated children’s TV program that was inspired by the original Mister Rogers program.