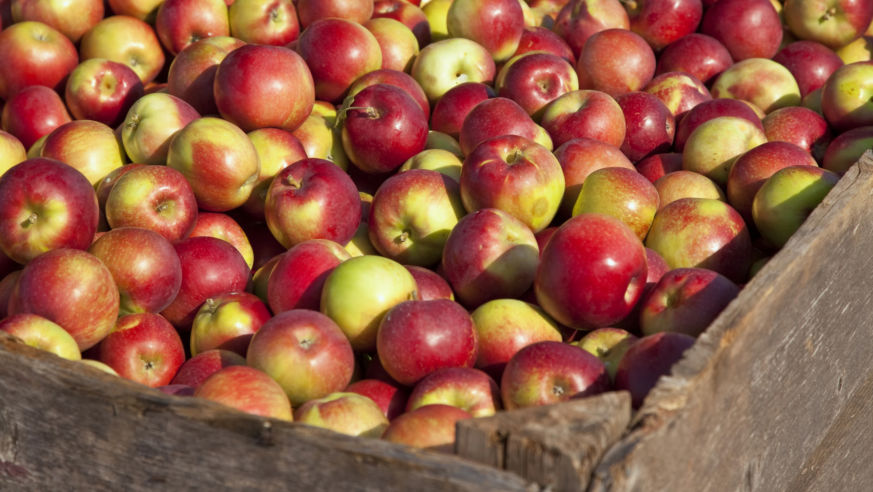 Culinary festivals from coast to coast capture regional tastes and traditions of the season.

Apples and pumpkin-spiced everything are as much a part of autumn as foliage and trick-or-treating, but there's more to seasonal flavors than oversize gourds and crisp early-harvest McIntoshes. Throughout the U.S. and the Caribbean, local and regional culinary customs have become reasons to celebrate--some of them distinct and intriguing enough for hungry travelers to check out and see for themselves. We rounded up 10 unique and delicious events that are worth the trip this gorgeous season.

Fall weekends were pretty much made for college football in Alabama, so you better believe that a food festival on a Saturday in Alabama is going to feature plenty of pigskin. The Festival and Flavor event, which is taking place for the seventh year in Foley, about 40 miles southeast of Mobile, near the Gulf Shore, will have televisions broadcasting the day’s games so fans don’t have to miss a beat as they sample bites from area food trucks and local restaurants and chefs. And that’s to say nothing about the wine and beer that will be poured. Each entrance ticket comes with three drinks and unlimited food. Additionally, jewelry, soaps and oils, pottery, and heaps more from local makers will be on sale. ($20 adults, $10 kids under 13; October 6, alabamafestivalofflavor.com)

New Mexico’s traditions, from crafts to food, are the draw at this Harvest Festival, which takes place at Santa Fe's El Ranch de las Golondrinas, a sprawling, living history museum devoted to preserving the traditions of Hispanic culture of Spanish colonial, Mexican, and Territorial New Mexico during the 18th and 19th centuries. Throughout the festival weekend, El Ranch, which consists of over 30 historical buildings and agricultural fields on 200 acres, becomes a flurry of museum staffers and volunteers dressed up as “villagers” and leading guests in time-honored activities, like crushing grapes by foot in deerskin vats (kids only, please), pressing apples for cider, making tortillas, and grinding sorghum for molasses. There’s also an artists' market, live music, and mule-drawn carriage rides. ($8 adults, kids under 12 free; October 6-7, golondrinas.org/festivals/harvest-festival)

It’s fitting that the John Heinz History Center, an institution named for the late senator, Pittsburgh native son, and descendant of the ketchup kingpin. After all, is there any food item more popular than that iconic condiment? Pittsburgh’s food scene is quickly gaining visibility on the national radar, and all the reasons why are available for sampling at Hometown Homegrown. Local chefs, food purveyors, distillers, and brewers will be on hand for the one-day event, where they’ll participate in cooking demos and showcase their specialties—not to mention their hometown pride. With tables organized by neighborhood, the expo provides a flavorful map of Steel City’s exciting and ever-evolving culinary landscape. ($16; October 20, goodtastepittsburgh.com/hometown-homegrown)

It was October 1970 when the Waynesville Retail Merchants served a sauerkraut dinner as part of a sidewalk sale. About 1,500 visitors indulged in 528 pounds of fermented cabbage during that inaugural meal, and now, nearly half a century later, the annual event draws some 350,000 visitors who collectively consume no less than seven tons of sauerkraut—and not just piled on bratwurst. Yes, you can get cabbage rolls and a Reuben—from a variety of vendors, in fact—but some maverick chefs have been known to push boundaries, dishing out sauerkraut pizza, brownies, pies, donuts, and bread. There are local purveyors selling non-cabbage nourishment too, with 450-plus vendors from 25 states offering handmade goods and art over the course of the two-day event. (Free; October 13-14, sauerkrautfestial.waynesvilleohio.com)

The berry that’s all too often relegated to juice or pigeonholed in its role as a Thanksgiving dinner side dish gets the spotlight during the first weekend in October at the Cranberry Fest in Eagle River, Wisconsin, about 100 miles south of Lake Superior. Tours of the nearby cranberry marsh will run Thursday through Sunday and include shuttle transportation (reservations required). But on the weekend, you can try more cranberry food and drink than you ever imagined—cranberry brats, char-broiled chicken sandwiches, soups, beer, and baked goods. In fact, there’s an entire tent where you can buy sweet treats to take home for later. And that’s to say nothing of the 10,000 pounds of fresh local cranberries and craisins expected to be sold that weekend. Add to that live music and nearly 300 vendors selling original arts and crafts, as well as dining and shopping activities off the festival grounds, and you’ll end up with enough to do to fill the whole weekend. (Free; October 6-7, eagleriver.org/featured/cranberry-fest)

Leave it to a New England institution to show you how farmers lived, circa 18th century. And in Bristol, a harbor town established in 1680 that became a seafaring commerce and industry hub in the subsequent two centuries, farming life was vibrant, so history is rich. Coggeshall Farm Museum preserves it magnificently year-round and during special events, like the 45th annual Harvest-to-Table Fair combines old-world regional foodways (see: johnnycakes, a signature of the museum’s eatery) with a showcase of the area’s contemporary food scene. East Bay chefs will be presenting samples of seasonal dishes, largely made with local ingredients. But back to the 18th century. There will be plenty of ways for kids to get a sense of life back then with pony rides, hayrides and art and craft activities. (Free; October 14, coggeshallfarm.org/events-programs-and-workshops) 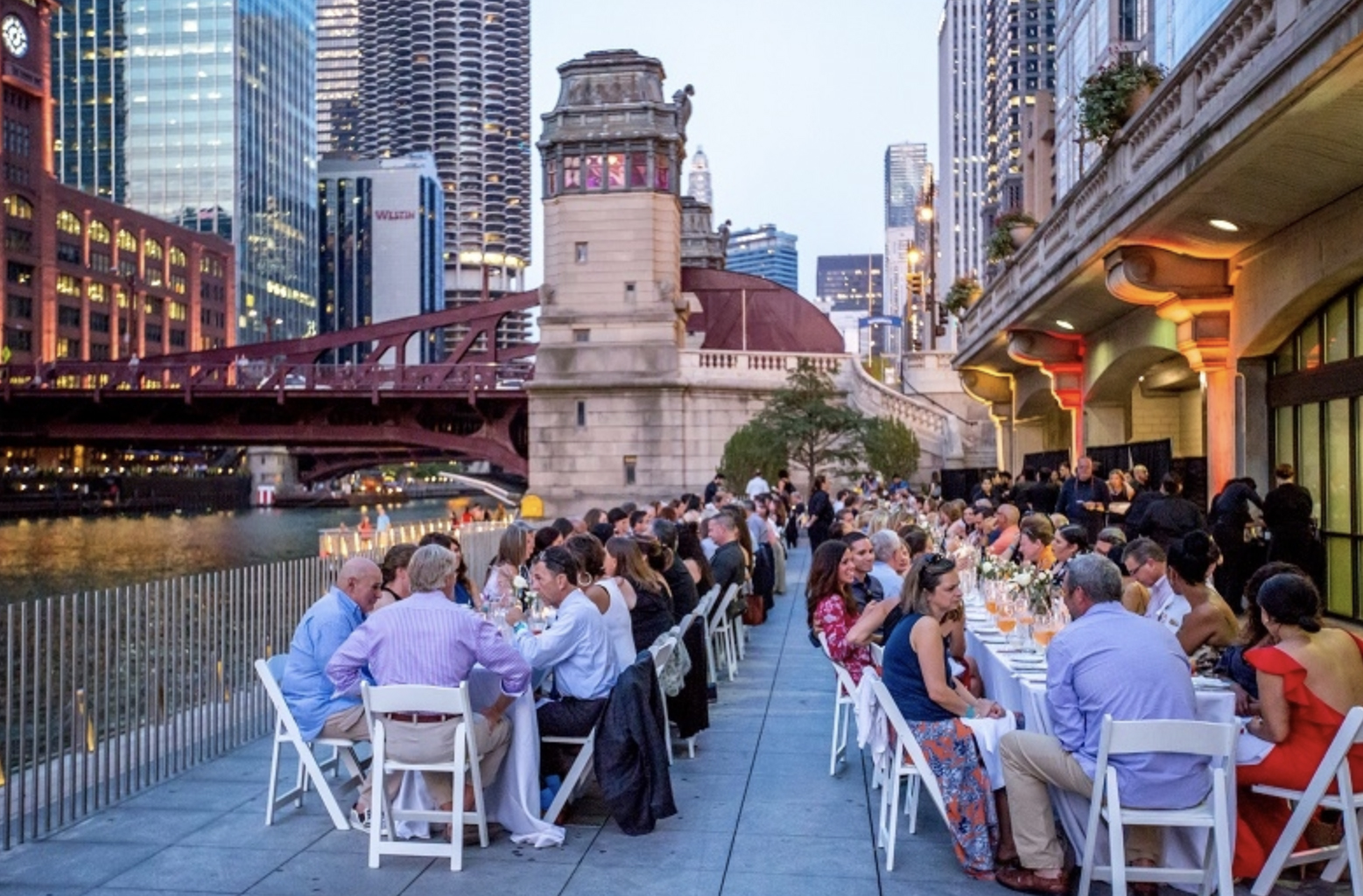 Chicago’s high-profile, Bon Appetit-sponsored culinary fest is just over a week away, and while the weekend’s main event is sold out (and at $310 a head, it wasn’t exactly budget-friendly to begin with), you can still snag tickets to some mouth-wateringly tempting ancillary affairs. The crowd-favorite Hamburger Hop may be at capacity, but tickets for the after-party—dubbed Late Night Gourmet, with small bites, cocktails, a dance floor, and DJ-driven beats—are still available. Blues, Booze & Bites at River Roast takes the “chefs are the new rock stars” meme literally, with an assortment of local talent serving up snacks and suds as everyone rocks out on the waterfront. Perhaps most relevant to the peripatetic set is Global StrEATS, a celebration of international street fare from Chicago chefs of wide-ranging cultural influences. But if only the main event will do, day passes are still available for Sunday, but they’re going fast, so you’ll want to grab them asap. (From $40 for individual events; Sept. 28-30, chicagogourmet.org)

Historic Harlem plays host to the Taste of Africa Festival, part of African Restaurant Week. Flavors from all over the continent will be shared by more than 25 area restaurants and food purveyors. Plus chefs from far and wide, as well as down the block, are part of a packed schedule of food demos. But this festival is about more than eating your way through a mid-October Saturday. Check out the fashion, beauty, and cultural items for sale and DJ sessions as you learn everything you never thought to ask about the foodways of many different African nations. (From $12; Oct. 13, purchase tickets here.)

Few places in the United States are more culturally diverse than Queens and Brooklyn, a fact that manifests in the rich culinary landscape of each borough. The bounty of the latter takes center stage at the annual Toast of Brooklyn, which started in 2007 as a celebration of the socioeconomic revitalization of Bedford Stuyvesant. Today it takes place at the William Vale, a sleek boutique hotel in the ultra-hip Williamsburg neighborhood. The walk-around tasting, a fundraiser, will include bites from chefs who helm area restaurants. Accompany those with what promises to be an exciting assortment of beer and spirits, from small batch Brooklyn-made hooch to familiar global brands. There are two tasting sessions (12:30pm-4:30pm; 5:30pm to 9:30pm) ($60; thetoastofbrooklyn.com, Nov. 13)

One year after hurricanes Irma and Maria wreaked havoc on the Caribbean, Saint Bart’s is bouncing back. Most of the the island’s villas and hotels have reopened for business, and its pricier signature resorts are slated to welcome guests within the next few months—just in time for the fifth-annual St. Bart’s Gourmet Festival in early November. The four-day event features multi-course tasting menus from Michelin-starred French chefs for the high-rollers and free activities everyone else. Cheer on local mixologists at the bartender competition, support aspiring pastry masters at Les Petites Toques, where kids 15 and under battle for dessert supremacy; check out the Chefs Challenge, a cook-off judged by this year’s guest chefs; and take in La Course des Garçons de Café, in which business-attire-clad servers race down the street bearing trays laden with bottles and glasses, and the first to cross the finish line with their tray intact takes home the prize. (From $110 for fixed-price menus; November 1-4, stbarthgourmetfestival.com)