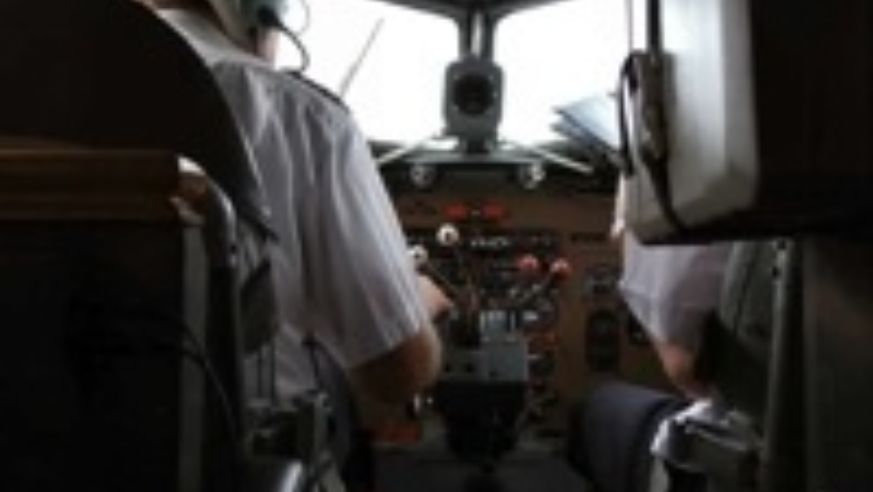 I used to be very scared of flying (I know, not the best trait for a travel journalist). I'm not anymore. But because of my past, I had very mixed feelings about the recent New York Times Magazine article about the deadly fate of Air France Flight 447, the flight that crashed somewhere between South America and Africa in June 2009.

My first reaction, as both a journalist and a frequent flier, to the headline question: "What happened to Air France Flight 447?" was "Yeah, whatever did happen to that flight?" I read on.

But as I delved into the detailed investigative report about the flight, and the mechanical and communication problems that likely led to its demise, for the first time in years, I got that nervous pit in my stomach, that one from years ago, from my battle with my fear of flight. That "whoah, that's all it takes for a plane to go down?" feeling.

I mean, did you know that there are these small cylinders called pitots "that sit outside the body of the plane to calculate airspeed," according to the article, and "without them, a plane's flight computer has no way to determine speed, and the automatic pilot shuts down?" If the pitot probes get clogged with dirt or ice, "the plane will suddenly revert to manual control, forcing pilots to take the stick of a half-million-pound aircraft in whatever conditions disrupted the pitot in the first place."

"In theory, this shouldn't cause a crash," the article then assures.

I combated and ultimately beat my fear of flying like many people combat fears, with an arsenal of mental, logical and emotional exercises. I worked on myself to view flying as a relaxing escape, much like I once viewed it as a little girl, curled up in the window seat, either peering outside at beautiful landscapes, or consumed by soothing activities like reading, listening to music, and watching movies.

I also tried to fight the irrational fear with rational facts. I learned up on flight safety statistics, and the causes of turbulence. The sheer number of flights I'm on every year helped too. The more experiences I had, both smooth and bumpy, pleasant and not, the more confidence I had in flying.

I remember being on a flight once and clearly looking so nervous that a flight attendant offered to take me into the cockpit, to show me what it all looks like from the drivers' seat. I declined. Though it helped to know that my chances of dying in a plane crash were much lower than dying in a car crash, somehow seeing all the buttons and dials and the complexity of the cockpit wasn't appealing to me.

Some people opt to take classes to learn more about the inner workings of an airplane. That wasn't for me either.

But I knew I couldn't keep doing my job, living my lifestyle, arriving at destinations drenched in stress-induced sweat and tears. So I just kept at it, until finally I beat the fear down, and in many ways simply lost my patience with what had become such a drain on me emotionally and physically.

Now, almost nothing in the air scares me. I have finally become one of those fliers I envied for years, able to sleep or read through the most jostling turbulence, takeoffs and landings.

For anyone who has ever experienced a fear of flying, we all know or own boundaries and what we need to do to try (or not) to fight it. What about the rest of you nervous fliers? Does it help to know more about how planes operate and how safe they are, or would you rather know as little as possible and fight the fear in other ways? Let us know by voting in our poll or telling us how you have combated your fear of flight in comments below.

Why airlines cancel some flights but not others