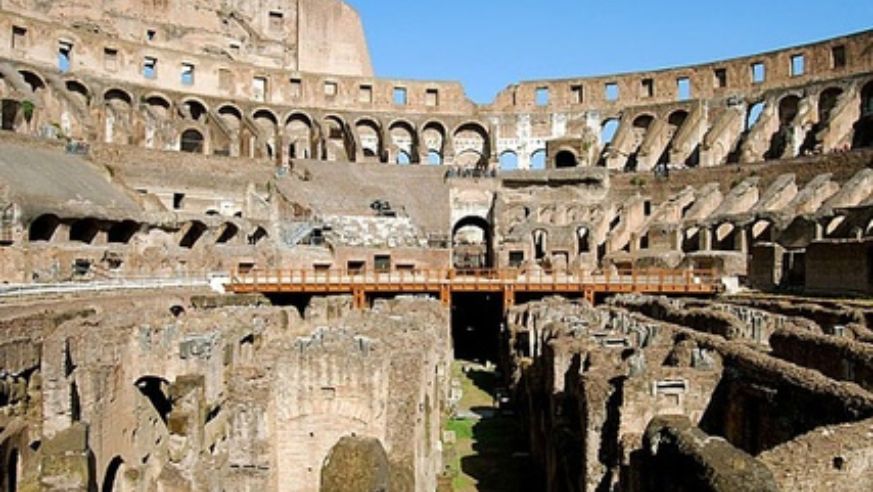 Rome's deputy mayor believes that 2009 will be "the year of the Colosseum." Plans are in the works for the arena—where slaves famously clashed before crowds estimated around 50,000—to host choreographed mock gladiator fights with true-to-history weapons and attire. As the Discovery Channel reported earlier this month, there will also be events to mark the 2000th anniversary of the birth of Emperor Vespasian (9-79 A.D.), the mastermind behind the Colosseum.

Umberto Broccoli, the head of archaeology at Rome's city council, has stressed the seriousness of his proposed nighttime gladiator fights (no Disney comparisons, per favore!). Bolstering his claim is the sideshow to the main event—readings of works by Latin poets. Broccoli was quoted as saying that "museums and monuments must speak to the public in a new way," and, indeed, Roman officials are rethinking some of the city's iconic sites and how best to present them.

3D Rewind Rome is a virtual tour that uses motion capture technology to bring scenes of ancient Rome to life. The attraction, created in partnership with the city, launched in November near the Colosseum, on the site of barracks where gladiators once lived and trained (€10/$13).

Rome is embarking on an ambitious makeover not only of the Colosseum, but the Palatine Hill, the Roman and Imperial Forums, and Nero's Golden House, with a deadline of 2011. The to-do list includes extensive cleanings, an integrated lighting system, an underpass that would link the forums, and a walkway up to the Palatine [via Archaeology Briefs].

Even as the city upgrades, it's becoming a better value for Americans, who will enjoy more room to themselves at ancient sites. The New York Times points out that a slump in tourists—and in the value of the euro—make the next few months a great time to visit Rome: "Crowds are more manageable, airfare is cheaper, and shops are offering major sales." Demand for horse-drawn carriage rides has dropped 35 or 40 percent compared to three or four years ago, according to a carriage driver stationed near the Colosseum.

Be Skeptical of Rome’s Plans for Gladiator Theme Park

Rome: The Forum’s No Longer Free

A Virtual Tour of Ancient Rome