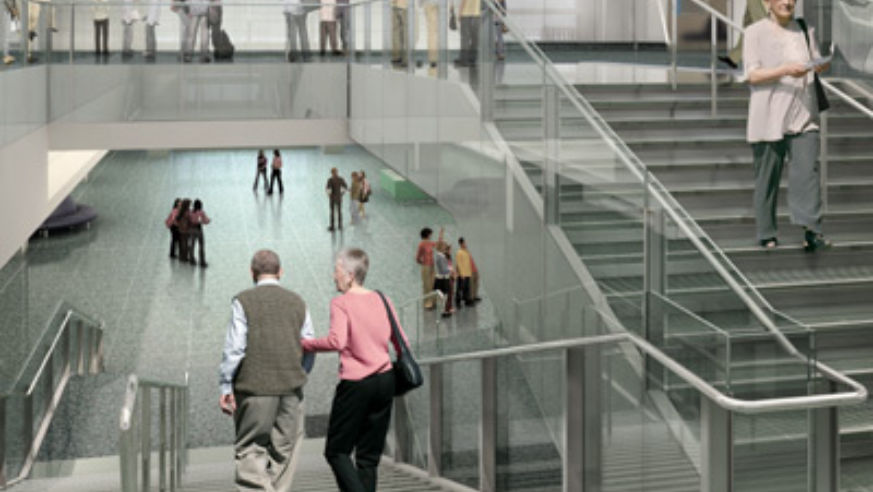 The National Museum of American History reopened today after a two-year, $85 million renovation. In a noteworthy move, Barack Obama has already been added to the Presidential Gallery prior to his inauguration.

Responding in part to a critical review of its organization in a 2002 blue-ribbon commission report, the museum has tidied up with new display walls and brightened up with a sunlit five-story atrium. The Star-Spangled Banner—the now fragile flag that inspired the national anthem at the Battle of Baltimore in 1814—received special attention, with its own climate-controlled display case, Francis Scott Key's lyrics are projected behind it. A touchscreen device tells the history.

Located in the National Mall, the museum houses a wide range of artifacts that you won't always find in a textbook. Exhibitions display Dorothy's red slippers, an 1865 telescope made by the nation's first female astronomer, the Greensboro lunch counter made famous by civil rights activists, a century's worth of metal lunch boxes, and a car from Disneyland's Dumbo ride. The museum has basically everything interesting in American culture including the kitchen sink (which Julia Child donated, along with the rest of her Cambridge, Mass. TV shows set).

The Washington Post has a full review of the revamped space.

Smithsonian had a good article in its latest issue about the Star-Spangled Banner and its restoration.