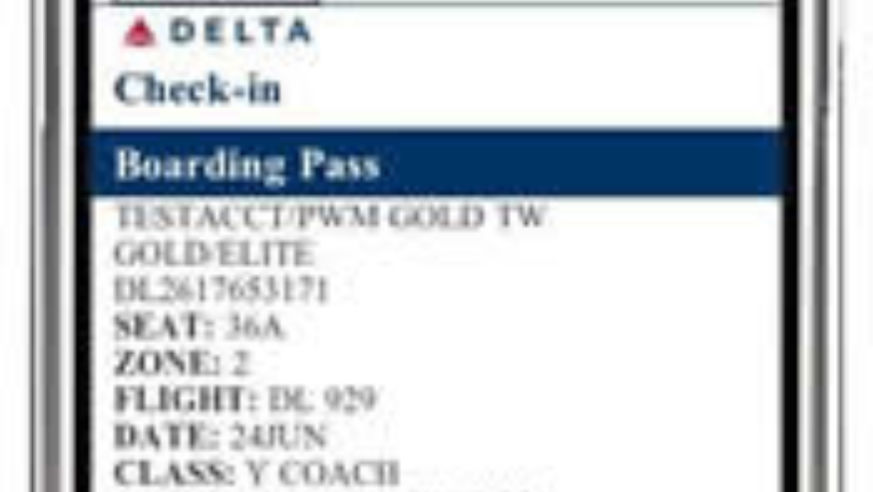 A stress-free airport experience is becoming less of a wishful fantasy and more of a reality thanks to paperless check-in with many smart-phones and PDAs.

It started first with Continental Airlines. But now, others like British Airways, Delta, Northwest, Southwest, Alaska Airlines, and Air Canada are slowly rolling out a way for customers to check-in for a flight, via Web-enabled devices like iPhones and Blackberries.

How to do it is all relatively similar between airlines, but not uniform. Delta allows the boarding pass to be scanned directly from your mobile device. Register your cell phone number to receive a text message with a boarding pass bar code. Then hold up the screen of your cell phone under the airport security scanner, rather than show a paper boarding pass. (As always, you have to present a government-issued photo I.D. too.) Delta is testing the service at LaGuardia Airport.

Similarly, passengers on American airlines on nonstop domestic flights from Chicago O'Hare, LAX, and Orange County John Wayne Airport can now check-in at AA.com and choose to receive an electronic boarding pass via e-mail, in the form of a two-dimensional bar code. (For details and photos, visit aa.com/mobileboarding.)

In contrast, British Airways offers to fax the boarding pass, send it directly to an airport kiosk or check-in desk, or send it in an e-mail to be printed later.