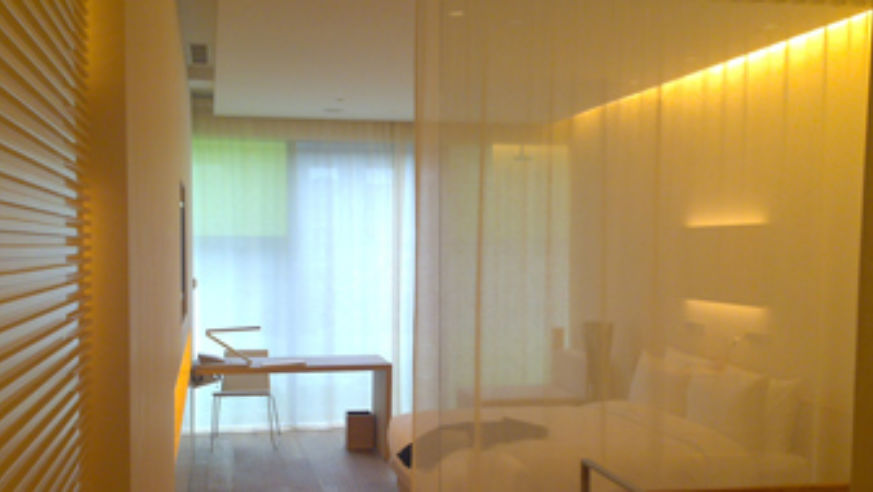 When you survey the travel world these days, there are fewer people out there working to—you know—show some love. Airlines are one-upping each other in the race to nickel-and-dime. Cruises are having an aha moment about the fact that they, too, should be charging fuel supplements ("That fuel is expensive!"). And we won't even get into the fact that finding a vacation option now involves a carpal-tunnel inducing 12 clicks online—meaning lots of your valuable time.

Isn't this supposed to be vacation? Where's the warm-fuzzy fun? Turns out, hotels are stepping up to the plate.

Upon landing after my 13-hour flight from New York, I stumbled into my hotel room at the Opposite House. I'd booked it in 4 clicks, the last of which was flash-sale discounter Jetsetter, where I got about 50 percent off the $250 rate I'd found elsewhere online. On my bedside table I spotted a little something with a yellow Post-it note attached, reading, "You must have had a very long day." It was a cooling facemask meant to help soothe and reduce puffiness, and I later learned that this is something that hotel, owned by Hong Kong-based Swire, does for absolutely everyone. They were right; I had had a long day, but that little touch completely turned it around. The result was sweet, subtle, and casually thoughtful in just the right way.

A day later, at the WTTC conference, Hubert Joly, the President and CEO of Carlson Hotels, told me that a key initiative for the company, which owns Country Inn & Suites as well as Radisson and Park Inn, is something they're calling "hospitality empathy"—thoughtful touches, like that face mask, mean to make you feel considered, cared for, and understood.

What's the latest hotel amenity that felt truly "empathetic"? I'd love to know the where, the when, and the how.