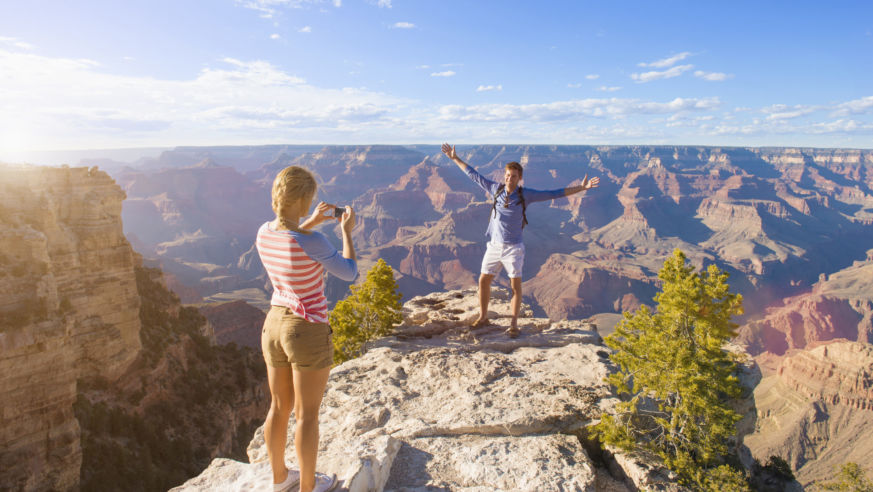 Across the United States, local governments are beginning to move from shelter-in-place orders to phased schedules of reopening. This includes America’s National Parks, which are beginning to reopen after being shuttered for most of the spring season to prevent the spread of COVID-19. Here’s a roundup of what to expect for the summer season.

Across the United States, local governments are beginning to move from shelter-in-place orders to phased schedules of reopening. This includes America’s National Parks, which are beginning to reopen after being shuttered for most of the spring season to prevent the spread of COVID-19. Here’s a roundup of what to expect for the summer season.

Each National Park is empowered to make its own open or close decision, which will be based on local conditions and disease spread. Still, as parks open, officials stress that operations will not be close to normal. Visitors should largely expect for visitor’s centers and campgrounds to be closed or slow to open, and amenities like restaurants and gift shops to remain shuttered.

Before you plan a visit to National Park, we recommend checking the park website to determine its current status, and searching for it on Twitter to see if proper social distancing protocol is being followed. To check on specific operations in any particular park, go to https://www.nps.gov/findapark/index.htm

Grand Canyon National Park in Arizona was one of the last parks to close, at the dismay of its staff and eventually the general public. As of press time, the Grand Canyon is planning a phased reopening with limited services.

Zion National Park, the most popular park in Utah, is currently scheduled to reopen to the public on Wednesday, May 13. However, the visitor’s center, popular shuttle busses, campgrounds and hiking trails will not be open. Time will tell if the closures of necessary services will suffice to keep people at safe social distances.

Further up the state, Arches and Canyonlands National Parks are expecting to open their doors after Memorial Day on May 29. However, both parks plan to have their trails, roads, and restrooms open, while visitor’s centers and overnight services will remain closed. In addition, commercial tour providers will be able to begin operations, except in places that are too small to allow people to achieve social distancing.

In Montana, the decision to reopen Glacier National Park is expected to be a joint decision made with state, local, and tribal officials, and as of press time, the decision has not yet been made about when to start phasing in openings. It has already been announced that the famous Glacier Park Boat Co., will not be operating tours this summer.

Despite these openings, sources inside the park service say they are being pushed to reopen before they are ready. The Coalition to Protect America’s National Parks, a group representing 1,800 current, former, and retired employees and volunteers of the National Park Service, raises serious concerns about protecting NPS employees, volunteers, visitors, and local community members from the spread of the coronavirus. The group stresses that it believes it is too soon to reopen.

“We are also eager to get Americans back into our national parks. But it is too soon.”

“Parks absolutely should not open until the safety of National Park Service (NPS) employees, concession employees, volunteers and other partners, including those who work and live in gateway communities, can be ensured. Parks must be able to demonstrate that they have adequate staff to protect resources, personal protective equipment available to those staff members, and employee training including specific training related to COVID19 as recommended by the CDC and OSHA.

“The vast majority of NPS staff will be in contact with visitors to our national parks. And many NPS employees live on-site, in close quarters, in government-owned housing. According to an NPS document, parks should estimate that 40% of the total population at the park will require isolation and 4% will require hospitalization. This is not only impossible under the current set-up, it is unacceptable.”

“Parks should follow the most cautious standards to ensure the safety of all involved in park operations, as well as visitors who visit the parks and utilize services provided in gateway communities. Superintendents, in consultation with their local communities, must be delegated the authority to make decisions about when it is safe to open. They should not be treated as pawns in a larger political game.

“We take the protection of park resources and employees seriously, and we urge the administration to do so as well. This means protecting our parks for the long term and supporting efforts such as the Great American Outdoors Act, rather than attempting to win short term political gains by rushing to reopen national parks at the expense of human health and safety.”