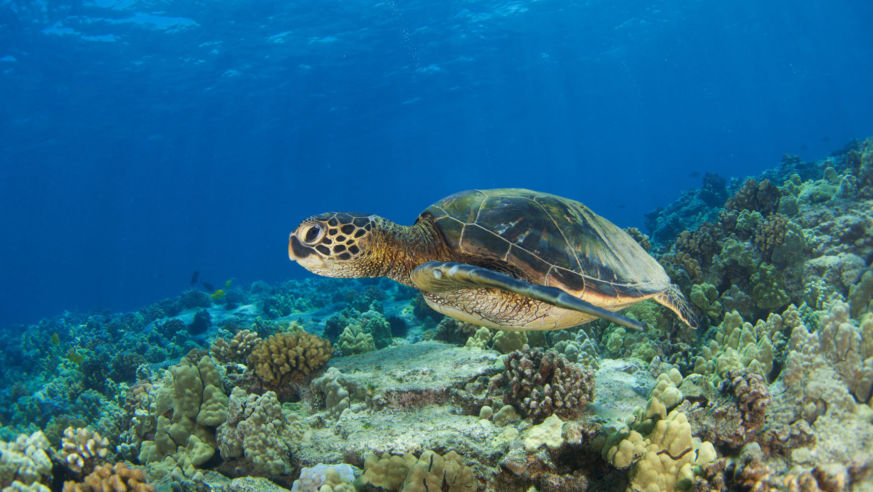 A sea turtle off the coast of Hawaii

There are more endangered species now than ever before in modern history. According to the 2019 IPBES report, one million animal and plant species are threatened with extinction—many within decades, thanks to unsustainable human activity.

Thanks to new regulations amid the global COVID-19 pandemic, some endangered animals are benefiting from reduced human activity. Due to a lack of travel, there’s been a reduction of carbon emissions and pollution around the globe. Seismologists have also reported lower vibrations from “cultural noise”. These factors create safer environments for endangered species.

“It’s too soon to tell if specific endangered species have experienced a real rebound in terms of overall population numbers due to shifts in human activity. We’ll only be able to tell this over time. The species taking advantage of things like stay at home orders generally are not endangered species, but rather wildlife that already coexists with humans,” says Rolf Skar, Greenpeace USA Deputy Campaigns Director.

While the long-term impact of reduced human activity amid COVID-19 on endangered species is unknown, there have been a few examples of behavioral changes and the introduction of legislation that may benefit certain animals.

Vulnerable leatherback sea turtles are coming ashore to lay eggs on the beaches in the typically overrun tourist destination Phuket, Thailand. Leatherbacks were classified as protected species under Thailand’s Wild Animal Reservation and Protection Act in 1992 and were elevated to the more critical status of preserved in 2019. During the COVID-19 lockdown, Thailand has seen the largest number of nests of leatherback sea turtles in two decades.

There are 470 known shark species, 25 of which are listed as endangered. In Indonesia, endangered sharks are benefitting from the cessation of the fishing industry due to COVID-19. Indonesia has the world’s highest diversity of sharks including endangered scalloped hammerhead, sawfish, whale shark, oceanic white-tip shark, and the vulnerable bigeye thresher shark. West Nusa Tenggara, the leader of the country’s shark fishing industry, reported a 68 percent trade drop in the first quarter of 2020.

Pangolins are the most trafficked mammal which has made them endangered. There are four types of the species in Asia, three are endangered and one is critically endangered. After the outbreak of COVID-19, China banned the trade and consumption of pangolins for food on February 24th which resulted in wild animal markets across the country being shut down. It’s too soon to measure the impact the ban will have on pangolins but it’s likely they’ll be less threatened by humans due to the new legislation.

Bees in The United Kingdom

The International Union for Conservation of Nature lists 16 species of bees as vulnerable, 18 as endangered, and 9 as critically endangered globally. Bees in the United Kingdom are benefitting from the reduction of grass being mowed in public and private landscaping areas resulting in more wildflowers blooming which is great for pollinators such as bees.

Kruger National Park has been closed since March 25th and vulnerable lions are enjoying the empty park and reduction of human activity by lazing around on paved roads. Kruger Park's Skukuza Golf Course has also been a hotspot for lion hangouts. Kruger National Park continues to monitor security, emergency services, and wildlife crime operations to protect species within the park such as lions.

COVID-19 Isn’t a respite for all endangered species

The benefit of reduced human activity isn’t evenly distributed across the animal kingdom. Many rely on humans for protection, conservation, and preservation. At African wildlife reserves, many endangered animals such as elephants and rhinos are at-risk without having rangers to protect them from poachers. Governments are focused on public health thus leaving gaps in law enforcement in protected areas.

To continue to protect endangered species you can pick up trash and dispose of it properly on daily walks if they’re allowed in your area. Never buy anything made from an endangered species such as coral, ivory, and turtle shell products. Tweet your representatives about the importance of the Endangered Species Act when bills are being considered that may negatively impact local fauna. Educate yourself by taking a complimentary online National Geographic Exploring Conservation course on ocean conservation, illegal wildlife trade, and more. Skar recommends advocating for bans against the trade of endangered species and wildlife and for stricter enforcement of the bans.