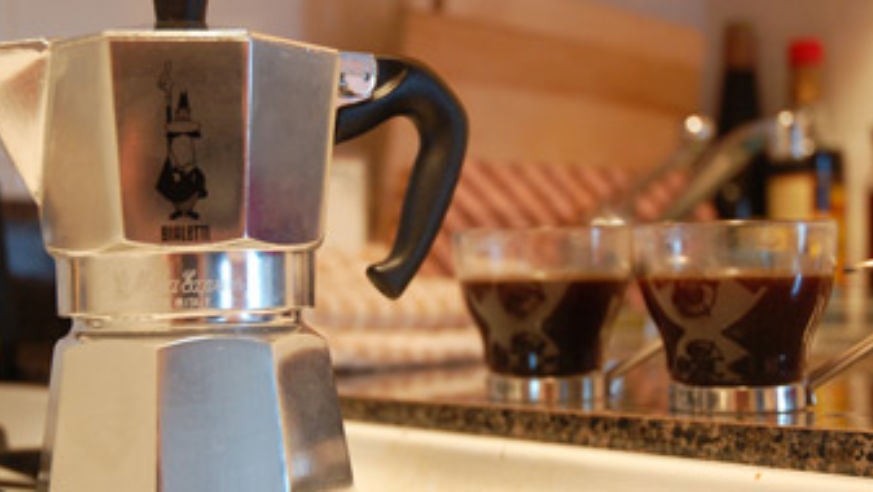 Even as fewer things are made there, Italy remains a persuasive lifestyle brand—a shorthand for effortless style and timeless quality. A new exhibition in Rome, Disegno e Design, sheds light on Italy's reputation and the design process by bringing together sketches, advertising clips from the RAI archives, original patents, and products dating from the early 1900s to the present. A Moka Bialetti espresso maker, a 1940s Vespa scooter, and a Ferragamo shoe are among the best known.

The exhibition will stay open through January 31, 2010 at the Ara Pacis Museum (€6.50/$9.65), which is an example of modern design in its own right. Architect Richard Meier unveiled the glass-encased home for Ara Pacis, an ancient Roman temple, in 2006.

You can pick up a made-in-Italy souvenir from the museum's gift shop. I'm a fan of the clever Rome-inspired products from Tre Tigri, founded by two industrial designers in 2008. They just so happen to make iron-on graphics of Vespa scooters and Moka espresso makers (which you could apply, say, to a T-shirt or throw pillow).

The MAXXI National Museum of 21st Century Arts, conceived by Zaha Hadid, opens to the public this Saturday, November 14, for a two-day preview. (It's slated to officially open in early 2010.) MAXXI gets a rousing review from NYT architecture critic Nicolai Ouroussoff, who guesses that Pope Urban VIII would have been equally ecstatic. Ouroussoff writes: "The completion of the museum is proof that this city is no longer allergic to the new and a rebuke to those who still see Rome as a catalog of architectural relics for scholars or tourists."