Rudi1976/Dreamstime
There's no better guide to a city than someone who lives there, so we asked Karen E. Laine and her daughter Mina Starsiak Hawk, stars of HGTV's "Good Bones," for their take on culture, food, and drink in the town they call home.

Indianapolis doesn’t like to beat its own chest, but the city has a lot to boast about. There are the varied cultural institutions, culinary traditions as well as progressive restaurants, green spaces, and its early 20th century status as a manufacturing hub that rivaled Detroit. However, Indy has long been known for just a few things: car racing, NFL powerhouses the Colts, and native sons David Letterman and Kurt Vonnegut. These days it’s increasingly known for Karen E. Laine and Mina Starsiak Hawk, the local mother/daughter team that hosts “Good Bones” on HGTV. In the show, they go around Indy fixing up dilapidated, neglected houses. You might even say they are on a beautification crusade to rehab the city they know and love, neighborhood by neighborhood. We met up with them when they were in New York City to get the lowdown on where to eat, drink, play, and hangout in Indy.

Karen and Mina, whose show evolved from the fixer-upper business they started in 2007 called Two Chicks and a Hammer, play their mother/daughter roles with natural ease on the show, disagreements included. When you meet them in person, they’ll tell you that there are a lot of things they don’t agree on off-camera, too. Bluebeard, however, is a recommendation they agree on wholeheartedly. It’s one of the older restaurants in Fletcher Place, an historic residential neighborhood with a bustling commercial core. Among the many memorable dishes at this farmhouse-chic, locally minded restaurant is an indulgent grilled cheese breakfast sandwich with a sunnyside-up egg and truffle honey, which Mina describes with the giddiness of someone talking about a recent tropical vacation. Its nearby sister restaurant is Milktooth, a bustling, airy breakfast and lunch eatery with a diner-style counter. Mina’s friend from high school’s father owns them both, and these kinds of connections are a dime a dozen in town.

“Indy has a small-town feel, even though it’s a big city,” Mina says. “Everyone know everyone.”

Kinda like what happens when Karen visits her favorite coffee shop, Calvin Fletcher’s, which is owned and run by a father and his son. “If you go there twice, they’ll know your order and your name.”

Or consider Rook, a popular spot for traditional Filipino food. The chef here is Carlos Salazar, and Mina worked with him when he was had a less glamorous role in the kitchen and she was waiting tables. And as far as his menus today, “I don’t even have words,” she says as a look of bliss washing over her face.

Any city worth its salt in food culture has locals that will hold one restaurant’s burger in higher esteem than all the rest. For Karen, that supreme burger is served at Ember, where longtime waitress Shelly knows what she wants before Karen even orders. That’s usually the cheese burger, served with lettuce that’s cold and crispy and fries that are always hot and crispy. Or wait—maybe it’s the burger at Kuma’s Corner, an outpost of a rock’n’roll Chicago restaurant known for its giant patties served on a big pretzel bun. “Their burgers are transcendent,” Karen declares. “You can get it with egg, cheese, onion, but the meat is so good that if you just got a burger with nothing on it, you would not be sad.”

ONE SMALL NEIGHBORHOOD WITH A BIG PERSONALITY

The Indy Cultural Trail, a sleek eight-mile bike path dotted with public art, runs throughout the city connecting downtown to the various neighborhoods, including Fletcher Place and Fountain Square, the walkable community that Karen calls home. Virginia Avenue cuts right through the middle of the neighborhood and when the trail opened, all the businesses along it got a boost. That means most of the spots that Karen called local are now better known. And that’s not a bad thing. She recommends Wildwood Market, a shop in an old gas station specializing in meats, cheese, pickles. Each day they make one sandwich, two soups, and a salad, take it or leave it. Mina recommends taking it. They sell out in an hour. Another option is Pure Eatery, known for its local and natural-minded menu. It was a basic sandwich shop when Karen moved in, and now it’s a full-on restaurant and bar where the breakfast taco menu starts at 10AM, earlier than most other restaurants are open. But the real allure here is the mac’n’cheese, which is essentially a choose-your-own-adventure in decadence. Bacon, cheese, spinach, and more cheese are among the swoon-worthy add-on options.

Bars are easy to come by. You can get a flight of tequila to accompany the excellent Mexican food at La Margarita, but for something really distinctive, check out New Day Craft Meadery, a spacious, kid-friendly spot adorned with local art. They produce an intriguing variety of meads and cider and host regular events, like yoga and the cleverly named Mead & Knead, a night where you can get a massage while you sip.

It’s a lively neighborhood in general, but it gets even livelier on First Fridays, the monthly event when pop-up shops arrive, bands play in the street, and businesses stay open later to accommodate the many people wandering.

Indy’s music scene is represented here, with spots like HiFi, a performance venue and ad hoc gallery. There’s a bar, but no kitchen, so lots of people order from nearby food trucks.

Indy has one of the biggest city parks in the country. Clocking in at 39,000 acres, Eagle Creek Park is more than four-times the size of New York City’s Central Park. An incredible urban oasis, it features a reservoir where you can rent kayaks or canoes, a six-mile trail along the periphery, and a half-dozen playgrounds. It’s not uncommon to find locals packed into the sheltered picnic tables or scattered throughout the greenspace in nice weather. The smaller Garfield Park, which boarders Fletcher Square, features European-style sunken gardens as well as a pretty greenhouse decorated with fish, birds, and seasonal decorations. There’s live music, including a summer concert season, and since it’s less than ten minutes driving from downtown, there’s no reason not to stop by. Get to Know: Glens Falls, NY, One of the Coolest Small Towns in America 2017

Glens Falls, NY, is no. 9 on Budget Travel's list of the 10 Coolest Small Towns in America 2017.  If you take the long view, the Adirondack region is essentially a mosaic of heart-stoppingly gorgeous small towns, but Glens Falls, situated at the southern edge of Adirondack Park in the Hudson River’s “Big Bend” and first settled in 1763, stands out for a few reasons. A magazine in 1944 christened it “Hometown, USA,” and the name has stuck ever since. Some of the area’s largest firms have their headquarters here, yet it’s just a quick trip to nearby caves and waterfalls, which novelist James Finimore Cooper extoled in “The Last of the Mohicans.” Today you can visit the cave, named for the writer, where Hawkeye and his cohorts tried to escape. Glens Falls, it seems, proves nature and commerce can coexist. It’s easy for music, art and theater lovers as well as history buffs to stay entertained here. The Adirondack Theatre Festival performers from Broadway and regional theater for six weeks each summer; the Crandall Public Library and Folklife Center features a chronicle of the region’s rich cultural heritage; the Glens Falls Symphony performs throughout the city; and the Hyde Collection Art Museum, set in an historic house, displays works by Rembrandt, Picasso, da Vinci, and other iconic virtuosos, as well as antique furniture and decorative objects. All that and it's close to all the offerings of the Catskills. 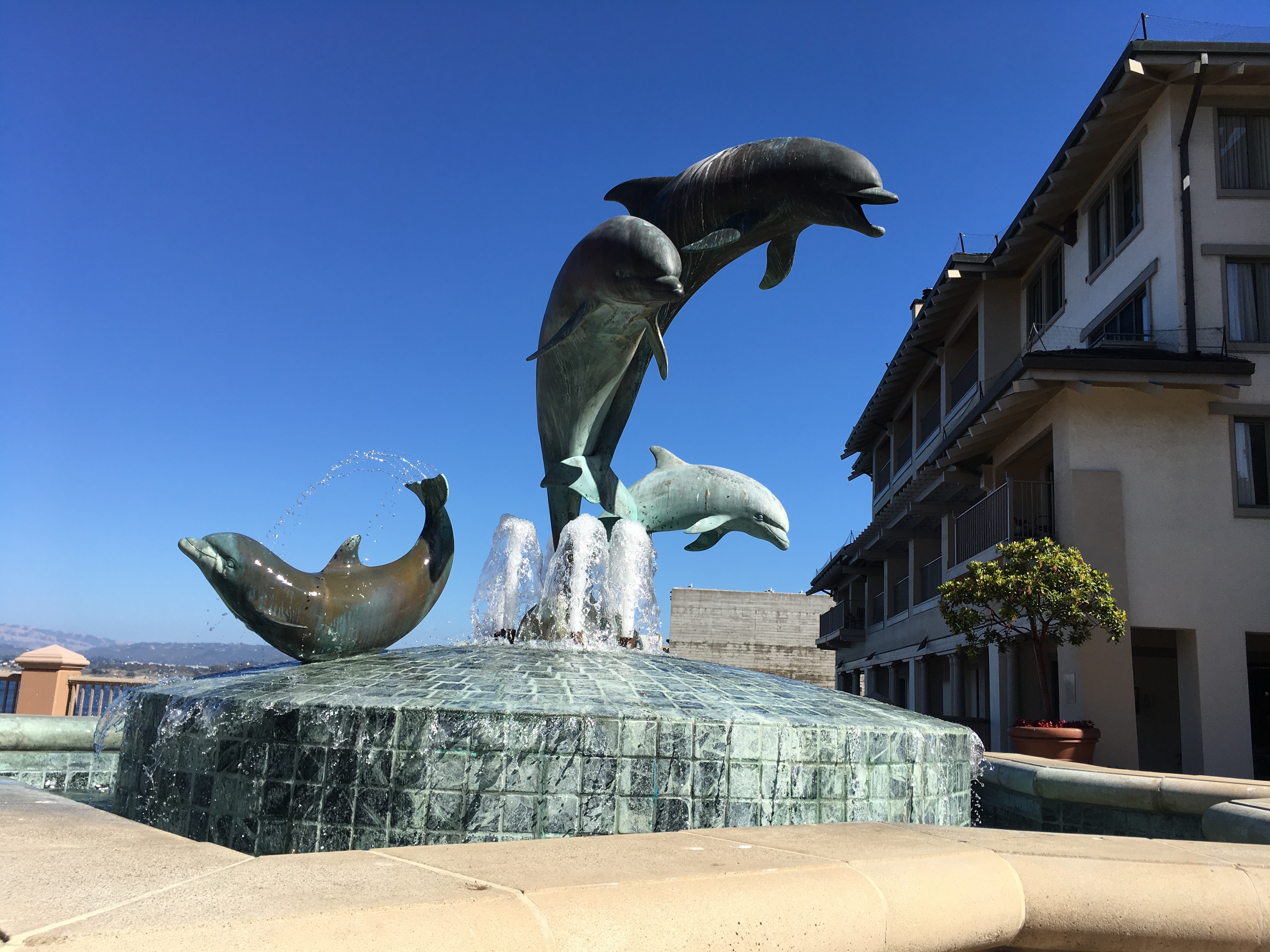 Get to Know: Indianola, MS, One of the Coolest Small Towns in America 2017

Indianola, Mississippi, is no. 10 on Budget Travel's list of the 10 Coolest Small Towns in America 2017.  Asbury Park, New Jersey has Bruce Springsteen; Muscle Shoals, Alabama has Lynyrd Skynyrd; and Indianola, Mississippi has blues maestro B.B. King. It seems like the entire city, which is known as the Crown of the Delta and measures less than nine square miles, is a shrine to him. First and foremost, of course, is the B.B. King Museum and Delta Interpretive Center, a $14 million institution that opened in 2008. In addition to being a tribute to an American legend, who’s buried in the museum’s memorial garden, the exhibits chronicle an entire history of the blues. If you’re not there during the museum’s B.B. King Homecoming Festival each May, there are plenty of clubs around the city, some of which are so old school they don’t even have websites, where you can see—rather, hear— King’s legacy in action. Even the streets here are named after him and Lucille, his guitar. But blues isn’t the only history to learn here. The town’s historic district, a showcase of Victorian era-style and Tudor Revival homes, was added to the National Register of Historic Places in 2009. Like nearly every city in the South, Indianola delivers on meals to remember. The Blue Biscuit is easily one of the most visited joints, what with its high-profile location across from the museum, and Betty's Place is a classic, historic diner, but veer off the well-trod path and chances are high you’ll be richly rewarded. Get to Know: Cannon Beach, OR, One of the Coolest Small Towns in America 2017

Cannon Beach, Oregon is no. 6 on Budget Travel’s list of the 10 Coolest Small Towns in America 2017. Here’s the magic number to remember when you think about this breathtaking oceanside town: 363. That’s how many miles of shoreline there are here, each mile as stunning as the last, especially the stretch where you can take in the views of the iconic Haystack Rock, a majestic millions-years-old boulder 235 feet from the shoreline. Colorful tidepools swirl around it and all sorts of birds as well as puffins gather there and you can walk right up to it in low tide. But any of the many places to stay along the water, from rustic B&amp;Bs to more posh resorts, offer quite a vista to wake up to. Needless to say, Cannon Beach is a mecca for outdoor sports. There are plenty of spots for surfers to catch waves and calmer areas for kayakers. Hiking amid some of the world’s tallest trees in Ecola State Park or bike rides along the local expanse of the 382-mile Oregon Coast Trail are ways for landlubbers to spend the days.  The Lost Art of Nursing Museum, and the Columbia River Maritime Museum, a treasure trove of maritime objects, are just a few of the institutions that give visitors a sense of the area’s rich and varied history. But to get back to the future, this being Oregon, there are vast dining and drinking options that far exceed what you’d expect for such a small town. Pig N Pancake and Crepe Neptune are among the tempting options for breakfast fare. Dinner is a thrilling array of everything from family-owned Ecola Seafood, which specializes in the local catch, to the elegant, chill Seasons Café, known for its elevated, creative twists salads and sandwiches along with local beer and wine, and the quirky Cannon Beach Hardware and Public House, where you can chow down on pub grub and shop for tools, camping gear, and paint supplies. The originality of that spot alone is enough to have us booking our ticket.