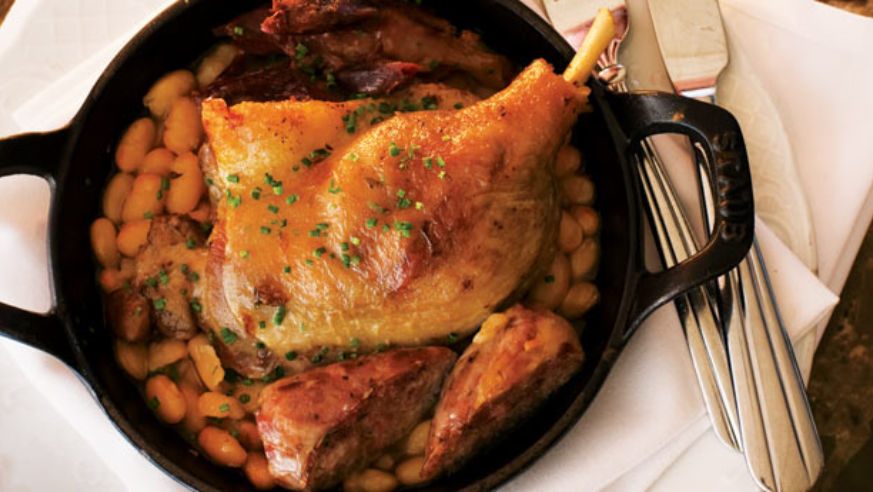 Hitchhiking a ride on a yacht is not as tricky as it might seem. You don't need to swim to a harbor buoy and stick out your thumb. You don't even need white loafers or a set of Captain Stubing-issue epaulettes. What you do need, however, is some crucial insider information. Either that or you can learn the hard way, like I did. Just out of college, I decided I would hitchhike on vessels from Florida to Venezuela. I walked the various docks around the fancy harbors in Miami and Fort Lauderdale and heard the same embarrassing line: "Why are you trying to do this during hurricane season?" I eventually made it as far as the Virgin Islands, but only because I flew there. Since then, I've learned the ABCs of "crewing," which turns out to be a rather reasonably priced way to see the world from the deck of a yacht.

You and the sea

Why do people fling themselves to the open seas on a stranger's boat? For some, yacht hitching is just a cheap way to get from A to B. Others prefer the adventure to flying over the dimpled oceans with a high-altitude TV dinner in their laps. And many simply find life on the water an almost spiritual experience, and without the funds for their own yacht, they find this is a great way to get their fix. You may be drawn by all of these, or find the most rewarding aspect is the camaraderie and lifelong connections you make onboard.

If this is your first time at sea (yes, you will be labeled a landlubber), at the very least you'll find out if yachting is for you. And until then, you'll just have to (in this order) pray for calm waters, stay on deck, stare at the horizon, use motion-sickness pills or patches, puke, feel temporarily better, puke again, endure hell, and-getting back to square one-pray for calm waters. For most people, thankfully, seasickness subsides after a few days.

The first thing you need to know is that hitching on yachts isn't just possible. It's fairly common. Private yachts and sailboats of all types often need an extra pair of hands during a sea passage-some have professional captains delivering a boat to a new owner somewhere, some have "old salt" couples who live aboard their vessels full time and simply need the help or the company of fresh blood. "Yachties" (live-aboard sailboat owners, often retired) are a fixture in ports around the globe, and they tend to follow general routes through regions and countries where anchorages are safe, the scenery is agreeable, and the prices are low. Yachties are colorful characters with a seaworthy culture all their own.

If you know the sailing seasons, the yachting epicenters and routes, how to present yourself professionally, and above all, if you're persistent, it's possible to get a working passage, catch a free lift (you may be asked for $5 to $25 per day to cover your food and drinks-depends on the captain, your negotiating skills, and how much they expect you to work), or even earn money onboard while heading almost anywhere. Most agreements are done casually at the individual harbors, others may have written contracts. Passages can last anywhere from a couple of days to a couple of months.

You don't need to be in peak condition to crew on a yacht, but if you're reasonably fit and slender it certainly helps. This works for you as much as for the captain since most yachts have narrow passages and tight sleeping arrangements. In other words, if you shop at Big & Tall, you're in for a seriously cramped voyage. This also applies to what you bring. Space is limited, so a compact kit will be appreciated. Show up pulling a Samsonite wheel rig and you've got a few strikes against you already. There's not much special gear involved, but in your collapsible bag you'll want some nonmarking deck shoes, a good hat that won't land in the drink when the wind picks up, sunblock, UV sunglasses with safety straps, motion-sickness pills, and some smart clothes that won't get you thrown out of the occasional yacht club.

How to look for passage

If you're planning a trip by yacht well in advance, head for the Web (see our sidebar). Various sites match crews with ships. You can also check the ads in yachting magazines and newsletters. There are also crewing placement agencies that specialize in this very service, but be prepared for a membership fee in the neighborhood of $25 to $75. Before you pony up, consider how good your credentials look on paper. And with all ads for crew, keep in mind you're not likely filling an empty spot for a leisurely ride. They need you. Perforce, they're looking for someone with skills, from cooking to motor mechanics. And if they're taking a charter client, they're generally willing to pay for your services: $200 to $1,000 per week (including tips) depending on your duties. Paid or not, many are happy just to get a deckhand-an able body attached to a mind that can accept washing dishes, cleaning out the cabin, and scrubbing the boat-a few of the chores you can expect to do at some point, as well as taking your turn at "watch": staying up at night at the helm while the boat is under way.

If you're winging it-and if you're planning to hitch your way from country to country on yachts, you probably are-head down to any major harbor and start by scanning the notice boards. Step two is to find the harbormaster and ask if he knows any captains looking for crew. That way, you can tweak it into a personal reference ("the harbormaster said I should speak to you about a crew position you're trying to fill"). If that doesn't yield any leads, ask if you can use his radio to announce on the local sailors' channel that you're looking for work.

In the casual atmosphere of the marina, it's easy to forget that all your inquiries should be treated as interviews. If captains don't like how you look or conduct yourself, they may not reveal they have a position available or refer you to others. You want to dress smart (usually clean and neat will suffice) and demonstrate that you're easygoing and levelheaded. In other words, keep the giant python tattoo covered for now and don't bring up religion or politics.

Moreover, learn some yachting manners. Always ask for "permission to board" before letting your foot cross the rail. If you're a good cook, mention it. If you've got technical experience, let the captain know. If you've got solid job recommendations, keep copies on hand. Tell the captain he's welcome to search your luggage (he may request this anyway) and that your travel documents are in order (make sure they are). The interview works both ways; you want to size up the captain and crew as well. Are these people you want to be stuck with at sea? Women travelers especially must beware. Will you be the only woman onboard? Can you talk with other women onboard who have sailed with these men before? Find out. Once you set sail, it's too late.

Caribbean: The sailing season begins in October following the summer hurricanes and lasts until May. If you want to head "down island" (south), show up in Miami or Fort Lauderdale from November to March. Antigua Race Week (end of April) is the Big Event and the Antigua Yacht Club marina is an ideal place to pick up a berth to just about anywhere, especially South America, the United States, and Europe. In the Caribbean and Central America, try marinas and yachtie bars in Antigua, Grenada, Saint Martin, and Panama City's Balboa Yacht Club (for passage through the canal).

Mediterranean: The season kicks off in June, when yachts need crew for their summer charters. Nearly all major marinas are active, but especially Antibes, Las Palmas, Rhodes, Malta, Majorca, Alicante, and Gibraltar. Then, in November, there's a 2,700- nautical-mile fun run from Las Palmas de Gran Canaria (Canary Islands) to Rodney Bay in Saint Lucia called the Atlantic Rally for Cruisers (ARC). Over 200 boats participate, and even more make the crossing unofficially. So from October to the end of November, there's a mass exodus to the West Indies. The standard point of departure for the two-to- four-week Atlantic crossing is Gran Canaria. If you show up at the beginning of November and chip in some food money for the crossing (about $250), you've got a good chance of catching a lift. Better, even, if you arrive earlier.

South Pacific: The main springboards are a few marinas in northern New Zealand: Opua, Whangarei, and Auckland, probably in that order. Most boats leave in the autumn (end February-end April). If you want passage in the other direction (to New Zealand) or on to the United States, your best months are July to October. Some prefer to start in Australia. There, try the marinas in the Whitsunday Islands, Townsville, and Airlie Beach. To head to Indonesia, May to July is promising.

Returning home You may be able to catch a ride right back to your departure point. But don't count on it. Even if you've prearranged a long round-trip berth, one thing or another may cause you to hop off earlier. Expect to spring for a cheap one-way plane ticket, ferry ride, or bus trip, depending on where you end up.

Reading: The Practical Mariner's Book of Knowledge: 420 Sea-Tested Rules of Thumb for Almost Every Boating Situation by John Vigor (McGraw-Hill, $17.95)

First signs for a first mate

Here are a few warning signs, besides the eye patch and hook in place of a right arm. 1) Cabin looks like a guy's college dorm room 2) Navigation equipment doesn't look like it could locate a cruise ship in a bathtub 3) Any signs of transporting contraband 4) Captain with a hot temper 5) Major repairs being done to boat's hull

Words of wisdom from crew members

"You don't need to know how to sail to do a crossing; you need to be neat, clean, and trustworthy. If you're doing day work for a boat in the harbor, show up on time and take it seriously." -Jonas Persson

"Once we were in the Caribbean, it didn't take longer than five days to catch a lift. You just need to make sure that you don't get left someplace without a lot of yachts. Barbados, Saint Martin, and Antigua are the places you want to be." -Peter Laurin