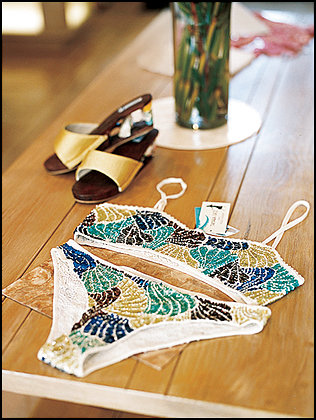 Amanda Friedman
Before driving the twisty road to Hana, pit-stop in Paia for handmade fashions and crafts

The small town of Paia has long been the self-crowned windsurfing capital of the world, as well as a great place to grab a fish taco. But over the past few years, savvy boutique owners have taken notice of a steady stream of international passersby headed to Hana, and set up shop.

The latest, and most famous, is Tamara Catz, who is about as close as you can get to a chichi Hawaiian fashion designer (83 Hana Hwy., 808/579-9184). You might have seen her clothes on the cover of the most recent Sports Illustrated swimsuit issue. Originally from Buenos Aires, Catz lives in the nearby town of Haiku with her husband, Francisco Goya, a competitive windsurfer. She chose Paia for her first store, which opened last April, because "everyone goes through Paia at one point. Plus, it's more authentic than other towns on the island." Known for bright colors and breezy cuts, Catz's clothes are too sophisticated to be categorized as beachwear. Her popular hand-embroidered pants ($155) transition seamlessly back to the mainland.

The greatest concentration of cool shops is around the corner, along Baldwin Avenue. Bahama Mama is stocked with trendy jeans and sparkly tops by Custo-Barcelona, Von Dutch, and Rock & Republic that look as though they were shipped in from Robertson Boulevard in Los Angeles (62 Baldwin Ave., 808/579-8188). A recent visit found Pucci-esque handbags by Donatella d'Aquino, made from vintage Hawaiian fabric ($86). Across the street, Alice in Hulaland stocks a cute mix of T-shirts with thick bands of color at the arm and neck holes (19 Baldwin Ave., 808/579-9922). The tees with Alice's signature kitschy logo--a Hawaiian girl sitting cross-legged with a ukulele--cost $25. In the sand-floored back room, there's an eclectic collection of island goods, like banana-patterned water-resistant fabric, which is great for tablecloths ($11 per yard); reproductions of 1950s tiki mugs ($8-$13); and yummy-smelling bars of fruity soap in six different flavors, including Ginger Papaya and Lemon Drop ($6). Even men who normally cringe at the thought of aloha shirts will have a hard time walking out of Moonbow Tropics empty-handed (36 Baldwin Ave., 808/579-8592). Silk bowling shirts and funky button-downs with retro prints by Kamehameha, Paradise Found, Kahala, and Tommy Bahama start at $58.

Across the street from the post office is the two-year-old Na Kani O Hula, a shop with ukuleles ($48) and handmade uli'ulis (starting at $50), the feathered gourd rattles that hula dancers shake at luaus (105 Baldwin Ave., 808/573-6332). There's also the occasional entertainment: Owner Gayle Miyaguchi has been dancing the hula for 25 years, and when asked, she's happy to give a demo.

The Paia Trading Company, along the Hana Highway, is one of the few places on the island where you can find genuine Hawaiiana at reasonable prices (106 Hana Hwy., 808/579-9472). Vintage postcards, Treasure Craft pottery, prints of Ted Mundorff flower paintings, monkeypod bowls, classic vinyl Elvis albums--you never know what you'll discover at the shop, which has been run by the same family for 30 years. The stock changes daily, but you can always be sure you'll get far better prices on originals here than on reproductions in other stores on the island.

A few doors down, put your new fashion inspiration to work at Aloha Bead Company (43 Hana Hwy., 808/579-9709). Sarah Klopping has gathered hundreds of thousands of beads from around the globe in every shape, size, color, and material imaginable. With about $15 worth of raw materials and 30 minutes, you can string up a bracelet or necklace to bring home as your own little slice of Paia. 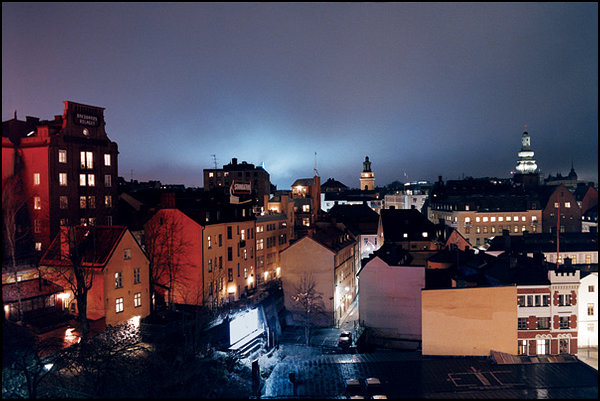 Europe on the Quick: A Long Weekend in Stockholm 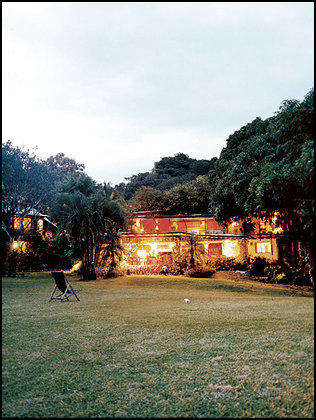 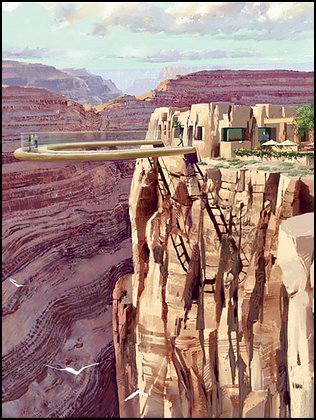 In January, a glass-bottomed, horseshoe-shaped walkway over the Grand Canyon--protruding 70 harrowing feet--will be unveiled. The Skywalk was envisioned nine years ago by David Jin, a tour operator specializing in trips to the Canyon's westernmost side, home to the Hualapai tribe. The tribe liked the idea, and Jin tapped Mark Johnson, a Las Vegas-based architect, for the design. The Skywalk has six-foot-tall glass walls, and is built to bear more than 71 million pounds, withstand winds over 100 miles per hour, and endure an 8.0-magnitude earthquake within a 50-mile radius. Still, says Johnson, &quot;it's going to take some courage to step out there. Looking through a glass floor is intense.&quot; Views of the Colorado River, 4,000 feet below, come with a steep price. You must first book a tour of the tribe's grounds (877/716-9378, destinationgrandcanyon.com). The cheapest ($29) includes a walk through dwellings and an outdoor craft market. Only then can you test your mettle on the Skywalk, for an extra $25. 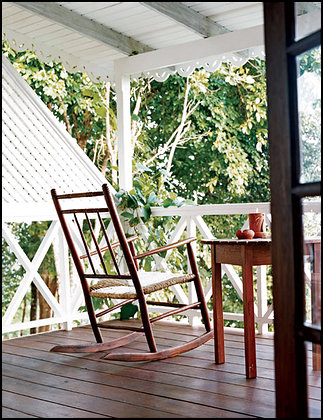 The Spirit of St. Lucia