No joke: Pets-only planes, from $150 per animal 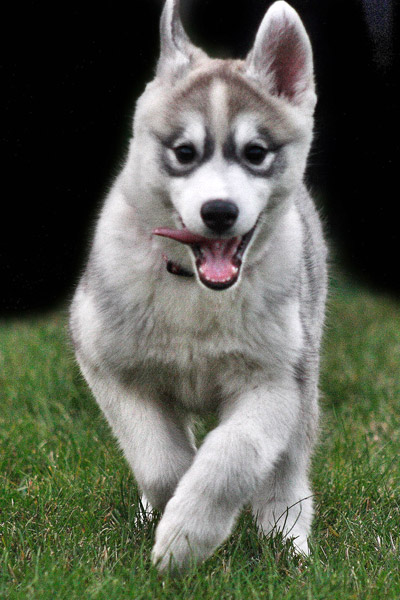 Airline service appears to be going to the dogs—and cats. Pet Airways has recently debuted as America's first "pet-only" airline, with cats and dogs as the sole passengers.

The company aims to alleviate the worries of travelers who have to transport their pets in the cargo hold, where animals risk dangerously high or low temperatures and poor ventilation. With Pet Airways, the cats and dogs will relax in a "Pet Lounge" at the terminal and ride in a carrier-lined cabin during the flight. An attendant will check on each animal every 15 minutes and see to regular potty breaks.

The pint-sized planes—also adorable—are two-propeller passenger aircraft with the seats removed. Aside from the crew, no humans are allowed on board, but owners can watch their pets' travel progress online.

Introductory fares start from $150 per pooch, but expect average prices at about $250 each way, which seem a bit high to fill regular flights. Flights will supposedly be on Tuesdays, with the first departure planned for July, with service connecting Delray Beach, Fla. with L.A., Denver, Chicago, New York, and D.C. (We're a bit skeptical, though.)

The company hopes to expand to 25 cities in the next few years. The owners say every dog has its day…

Tips from the Humane Society on Safe Pet Air Travel

Kudos to Orbitz for making it much easier&mdash;and cheaper&mdash;to book hotels. Travelers know all too well that with every online agency, the listed price is not the bottom line&mdash;it's just the start. You must click through page after page and go 95-percent-of-the-way toward booking a room before you see the hidden charges for booking and taxes. Not true now with Orbitz, which today announced that it is going to let people know what they're paying for up front. No games. Now, Orbitz includes "the base rate, taxes, fees, and total price per night upfront on the initial search results page." To lure customers to try (or re-try) Orbitz, the site has trimmed its booking fee for hotels here and abroad for reservations made by July 15. That will save customers about $7 per reservation versus booking on Expedia or Travelocity, says the company. Meanwhile, Orbitz is holding what it calls its "Biggest Hotel Sale Ever," featuring discounts of 30 percent or more at thousands of properties worldwide through May 31. You still need to shop around however. Expedia, for instance, sells a larger number of hotels, and may work to undercut Orbitz on prices to avoid giving up its share of the market. In other words, there's a price war on, and it pays to look at more than one site to book hotels. Not everyone is convinced that Orbitz's move will stand the test of time, though. Summing up the blogosphere sentiment, Dennis Schaal of Travel Weekly says, "I doubt Orbitz can compete effectively with the power of Expedia on hotels. Expedia has way more clout with the hotels, gets better net rates and higher margins." 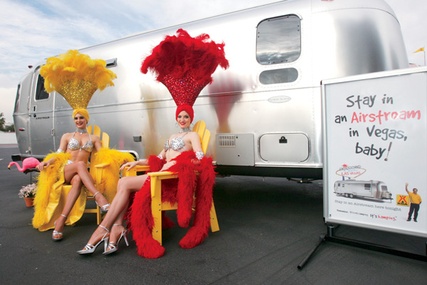 Airstreams first hit the highways 78 years ago, and now the silver bullet is having a renaissance. Kampgrounds of America has teamed up with the RV manufacturer to offer nightly Airstream rentals at campsites across the U.S. KOA hasn't confirmed just how many parks will participate, but 25 Airstreams are already available in Sugarloaf Key, Fla.; Bar Harbor, Maine; and Las Vegas. &mdash;Andrea Sachs, from the May 2009 issue of Budget Travel

Greyhound gets fancy new buses and gives away tickets via Twitter

Greyhound has debuted new buses on its routes out of New York City to Boston, Montreal, and Toronto, and the company will replace the rest of its fleet in the coming months. Perks on the new buses include free Wi-Fi, three inches of additional leg room, and power outlets for charging laptops and other devices. To celebrate Greyhound's exciting new changes, BudgetTravel.com's This Just In blog is partnering with Greyhound for a ticket giveaway. You have a chance to win one of two pairs of round-trip tickets good for any Greyhound route in the U.S. and/or Canada. To be entered to win, Budget Travel readers need to join the free Twitter.com microblogging service and follow @GreyhoundBus (at (twitter.com/GreyhoundBus) and/or @BudTravel, post a Tweet (in other words, a short message) along these lines: So exciting! @GreyhoundBus redefines bus travel with its more comfortable #NewBus! @BudTravel [this Budget Travel blog post, or http://budurl.com/w8s7] Greyhound will select one lucky winner each day, over the next two calendar days. It will announce the winner here on our blog, This Just In, and on Twitter in our budtravel newsfeed. Contest open to anyone in the US and Canada, but: The winner must be 18 or over. Greyhound and Washington Post company employees are not eligible. Not valid for Province of Quebec residents. Void where prohibited. UPDATE: CONGRATS TO http://twitter.com/travelinganna, OUR FIRST WINNER (3:45 p.m. ET, Tuesday) Twitter is the free service for posting and reading 140-character messages on the Internet, using your computer or a smartphone. Many of its users are avid travelers and share great tips. EARLIER Buses are back, at least for trips between cities 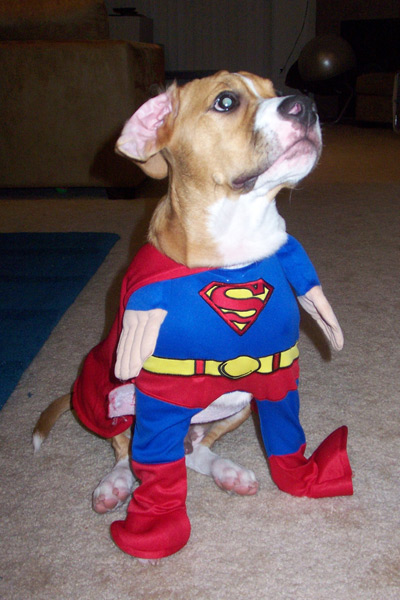 Bed bugs are spreading, but beagles may help combat them

The six-legged insects that slurp your blood at night were the focus of a just-published study in JAMA, the Journal of the American Medical Association. "Infestations are rapidly increasing worldwide," say researchers. Increased travel, insecticide resistance, and changes in pest control practices are contributing to the spread of bed bugs. In New York City alone, bed bug infestations jumped by more than 30 percent last year, says Newsday. Since July, there have been 449 violations of anti-bed-bug health codes in the city, says the New York Times. First, the good news: "There is little evidence that they are vectors of communicable disease." In other words, bed bugs aren't spreading illnesses. They just cause allergic reactions: namely, itchy, red, raised bumps on the surface of your skin. Other reactions include hives, whelps or wheals on the skin, small swollen areas that contain pus, and blistering. The bad news? The medical field hasn't yet set up a series of protocols for treating bites from these vicious bloodsuckers. Treatments typically include prescription antihistamines and steroid creams as well as adrenalin injections for up to one week. Says the Mayo Clinic, "Bedbugs inject an anticoagulant to keep your blood flowing as they suck, along with a numbing agent to keep you from feeling them when they're at work." Luckily, adorable beagles may help combat the bed bug menace. The National Entomology Scent Detection Canine Association (NESDCA) is increasing its efforts to certify beagles as legitimate help to sniffing out bed bugs. For example, Isotech, a pest control company in Covina, Calif., has 3 dogs certified by NESDCA to hunt down bed bugs and their eggs at hotels and other locations. Beagles Bailey, age 7, and Maddie, age 3, and beagle mix Zip, age 2 were part of a pest control team that did 18,000 inspections last year, reports People Pets. The dogs begin training from age one. Says their owner, “They can identify a very small amount of bed bugs down to just one egg." Wow! EARLIER Should taxpayers fund the war against bedbugs? (35-plus comments)