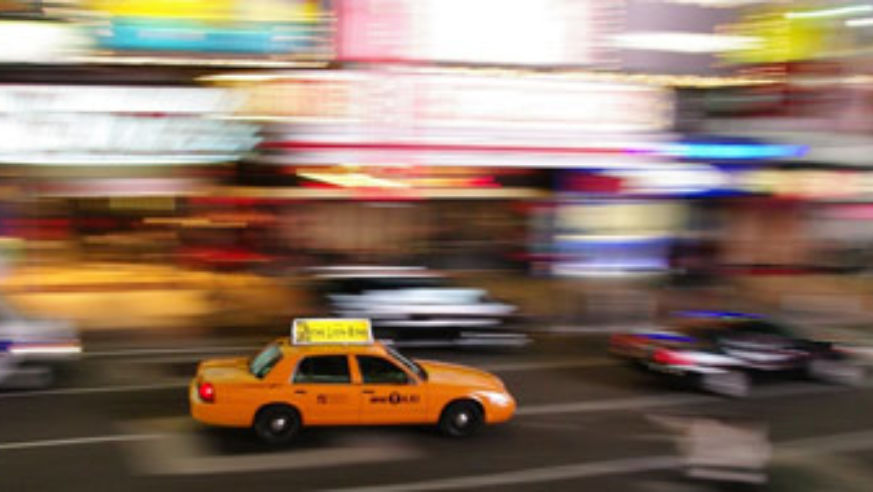 Now, New Yorkers aren't particularly known for their "sharing" abilities (as anyone who has stood in a subway car at rush hour can tell you), but this could change things. As a one-year test run, the New York City Taxi and Limousine Commission has set up three Group Ride stands. Cabs will stop at the stands and collect two or more passengers, dropping off at certain points along a particular route. It's sort of like taking the bus, but less crowded and faster. Fares are either $3 or $4 per person, flat-rate, depending on the route (quite a steal for a cab ride).

The service runs between 6 a.m. and 10 a.m. on weekdays, and although that's somewhat limited, it should give the city a good idea of whether this is working or not. The commission looked at GPS data to determine the highest volume of pick-ups and drop-offs during rush hour and then based the routes on that data.

The sharing service is part of an effort to lower the city's vehicle emissions, gaining it some attention from sustainable blogs: Both the CUNY Institute for Sustainable Cities and Inhabitat, a design blog, have written favorably of the idea.

Pickup locations are at W. 57th Street and 8th Avenue, W. 72nd Street and Columbus Avenue, and E. 72nd Street/3rd Avenue. All drop offs are along Park Ave., with the route terminating at Grand Central Station. There will be three more Group Ride stands opening in the coming year.

Don't be afraid to try this for yourself—New Yorkers are friendly when saving money!

Just back from New York City? Headed there soon? Check out our New York City page and leave your questions, comments, and recommendations.