On the radar: A wry film from a Roman mama's boy

Writer-director Gianni Di Gregorio still lives with his 93-year-old mama Valeria, who stars with him in "Mid-August Lunch" (Pranzo di Ferragosto), shot in the apartment they share in Rome's Trastevere neighborhood. The film will play New York City's Film Forum, March 17-30, and then select theaters nationwide.

The slow-paced story unfolds over the weekend of Ferragosto, the peak of the Italian summer, when almost everyone flees to the beach or countryside—except for Gianni. He can't ditch his mother, of course, and suddenly finds himself caring and cooking for three other mamas. It all starts when the building manager makes Gianni an offer he can't refuse: late rental payments will be forgiven if Gianni lets the manager's mama sleep over.

I caught an advance screening of the bittersweet film and enjoyed its subtle revelations about everyday life in Rome and generational dynamics. Out of groceries, Gianni speeds through Rome's deserted streets on his motorino and winds up buying fish just caught by an immigrant stationed alongside the Tiber River. Gianni tends to speak to the mamas with cajoling phrases typically used with kids (encouraging one to "fai la brava" (be good) and offering another "una carotina" (a little carrot)). The stubborn mamas—non-professional actors who go by their real names—each try to assert themselves against Gianni, with some funny results (the kind that make you smile, not laugh out loud).

In a Q&A after yesterday's screening at the Italian Cultural Institute, chef and TV host Lidia Bastianich shared her reactions. Lidia, too, lives with her mother, and she recalled her own Ferragosto holidays as a little girl in northern Italy, where her family would picnic with fresh meats and lots of wine. For her, there was water mixed with vinegar and sugar.

When asked about food's role in the film, which culminates with a big, fancy Ferragosto lunch, Lidia reflected that the universal need to eat is disarming: we lower our defenses when we sit down to share food at the table, an act that also feeds our need for companionship. This message comes through in "Mid-August Lunch," which adds nuance to the stereotypes that Italians love their food and their mamas.

In Paris, and down at the farm

Two years ago, I accompanied a sheep farmer and his family to the Paris Salon de l'Agriculture. I was not excited to go. I reasoned that if I wanted to experience livestock and their attendant aromas, I could have stayed in Kansas. In truth, this annual salon is nothing like I'd experienced back in the American Midwest. For starters, there is no accompanying rodeo. In its place, the Paris version allows you to taste some of the best food and wine in France. I almost fainted, upon entering the food hall on that first visit and seeing the bounty of France spread out before me. Food and beverage producers&mdash;more than 1,000 of them&mdash;are brought in to sell and share their wares, and almost all offer samples. I staggered through stalls in a daze, accepting a slice of Basque brebis (sheep's milk cheese from the Pyrenees), tasting a sliver of sausage from the Auvergne region, and washing that down with a shot of artisanal pear cider from Normandy. In addition to these nibbles, there's a food court of sorts, with 38 restaurants selling more substantial portions of food from all corners of France. You'll find everything from cr&ecirc;pes to coq au vin, plus artisanal beers from the North of France that will restore your faith in French breweries. Those who prefer wine can drink themselves silly at the hand of hundreds of vignerons (winemakers). In short, this is an amazing food and wine festival smack dab on top of a livestock fair. And speaking of livestock, I found this part to be surprisingly compelling. France's AOC system ensures that certain animal breeds can be raised only in specific regions and according to time-honored methods. This results in real differences between cows from, say, Limousin and Charolles&mdash;differences that are accentuated by what I like to call "regional styling." The animals are accessorized according to breed, with variations including "shaved butt," "braided tail with ribbon," and so on. These tricked-out specimens have competed earlier in the week in a sort of agricultral beauty pageant, and the resulting ribbons are on display for all to see. My favorite grand prize winner, who preened inside his cage like a true champion, was the Dragon Bleu Barr&eacute;&hellip;a pigeon. Practical information: Admission is $13.50 for adults and $8 for students and children aged 6&ndash;12. Entry is not permitted for children younger than six. The salon runs February 27 to March 7, from 10 a.m. to 7 p.m. It stays open late on Friday March 5 and offers half-price admission from 7 p.m.&ndash;11 p.m. Getting there: The Paris Expo center at Porte de Versailles is located in city's southern 15th arrondissement. Getting there is easy by subway: take the line 12 to the Porte de Versailles stop and you'll emerge directly in front of the center, or take the line 8 to the Balard stop and walk for five minutes. Salon de l'Agriculture. MORE Our Paris info page 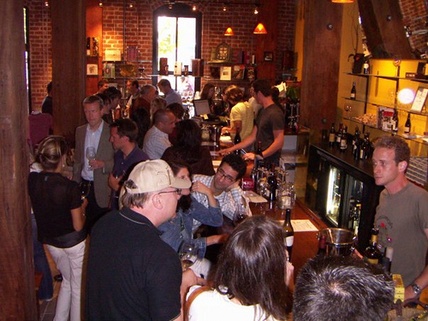 For many, a San Francisco vacation isn't complete without a day of wine tasting up in Napa or Sonoma. But you can find great wine without even leaving the city&mdash;particularly in Fisherman's Wharf, where there are numerous tasting rooms. At Ghiradelli Square there are two tasting rooms. Wattle Creek Winery is a small family-owned Sonoma vineyard; Cellar 360 boasts more than 200 wines (including a good selection of bottles under $20), wine classes, a food tasting menu with items like bruschetta with roasted figs and goat cheese (served on Friday and Saturday nights), and an outdoor patio. Pair a trip to one of these tasting rooms with a trip to nearby Cannery, where the Winery Collective is located. The Collective is San Francisco's first multi-winery tasting room, with wines from dozens of California's small boutique wineries, like the award-winning Sol Rouge and Gregory Graham. My favorite, though, is the more social Press Club at the Yerba Buena Arts Center, in downtown. It has a hip lounge where you can enjoy sipping on wine from eight of Northern California's most acclaimed small wineries, plus seasonal small plates made with ingredients from Napa Valley and after-hour parties on Friday and Saturday nights. Any wine tasting is a guaranteed good time, but knowing a little etiquette can make the somewhat formal environment less daunting. Here are a couple do's and don'ts to get you started: DO Taste in this order: whites, then reds, and finally dessert wines. Always go from dry to sweet (which the pourer will help you with). You can always skip a wine, or ask to try only one kind&mdash;say, reds only. Use the provided crackers and water to cleanse your palate in between tastings so that you can really appreciate the different flavors. Water can also be used to rinse your glass if you don't get a new one. Use the tasting sheets that most places offer&mdash;can you taste blackberry? Coffee? Flowers? This is a fun exercise for even the newest wine drinkers. Ask the host questions. There's no need to be a wine connoisseur to have a good time. Toss unwanted wine in the bucket on the counter. This is not seen as an insult&mdash;hey, there's a lot of wine to get through! DON'T Pour the wine yourself. Spit directly into the bucket. Instead ask for a small Dixie cup. Ask for a second taste unless you are sure you'll buy a bottle. It's considered rude to drink more than offered. Treat the provided snacks as an all-you-can-eat buffet. Chew gum or smoke a cigarette right before tasting, since it will destroy the wine's flavor. Bring wine from elsewhere for a picnic (this goes for the Napa and Sonoma wineries, as well). Feel like you have to tip or even buy a bottle. Some, but not all, tasting rooms charge a tasting fee, anyway, to cover the cost of service and free booze.

London: A side trip to Hadrian's Wall

March is an especially fine time to take a journey north from London to the Scottish border counties. It was in 410 A.D. that the English booted the ancient Romans off of the island. Sassenach descendants all over the U.K. begin celebrations in March with spectacular illuminations stretching the full 84-mile length of the Hadrian's Wall Path National Trail. The wall was built by the Romans to keep the unconquered, warlike Celts of Scotland out of England, and it's presently a World Heritage site. Some 500 lamps separated by 300-yard intervals will illuminate the wall. The first will be lit at a public celebration at Segedunum Roman Fort Baths near Wallsend on Saturday, March 13, with the line of glittering beacons snaking over the rolling rugged countryside for an hour&mdash;all the way past Carlisle (where there will be second Welcoming the Light' celebration), to the wall's terminus at Bowness-on-Solway on the Irish Sea. Carlisle and Wallsend are some 300 miles from London, but both jumping-off-points can be reached via National Rail through the Heworth or Carlisle railroad stations. MORE 410.org.uk illuminatinghadrianswall.com Save on trains from London: Advice from Britain's train expert 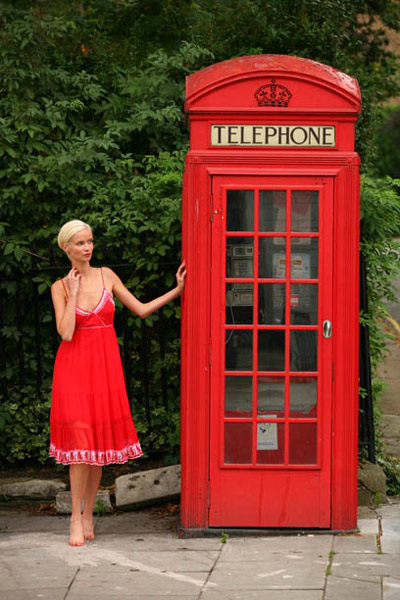 London: A behind the seams guide to Fashion Week

Late February in London means Fashion Week&mdash;and from caf&eacute;s to cool bars the city over, Londoners are chatting couture over coffees and cocktails. Topic of the moment is the sudden and sad death of Britain's favorite designer, local East End boy Alexander McQueen. There are fond memories of how McQueen helped to make Fashion Week seriously cool in the 1990s, with his hipster pants and angular cuts. And while his suicide has cast a shadow over the celebrations, the show goes on&hellip;as do a series of tempting fairs and sales. It's the tenth year of the Vintage Fashion fair this Sunday, Feb. 21, where over 100 vintage dealers proffer their retro-fashion at retro prices. Be at the exhibition space Hammersmith Town Hall, (King St W6) at 8 a.m. for the best deals. The fair's upstart rival, the Clerkenwell Vintage Fashion fair begins later&mdash;at 11 a.m., presenting the chance to get a makeover from professional pamperers the Powderpuff Girls. There are a spate of sales too: 60 percent off Britt Letner sharp women's suits, 80 percent off Love from Australia sheepskin boots and some 70 percent off designer items at the show itself, London Fashion Weekend (tickets $25). ELSEWHERE Londonfashionweek.co.uk What Not To Do In London: The Top Five Tourist Mistakes [Jaunted] See London's Punk History: A Web Audio Tour [The Guardian] Find Other Top Travel Blogs at Alltop