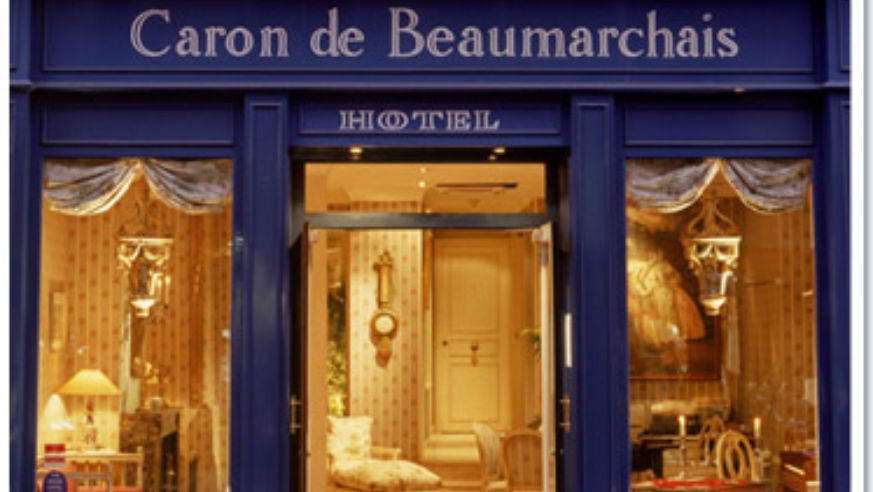 From bohemian to luxe, here are five boutique properties with atmosphere to spare.

Stay near a subway stop. When choosing a hotel, the proximity of a subway (Métro) stop is perhaps more important than even the quality of the rooms. Why? Paris is made for exploring on foot. Be sure to pick a hotel that's less than 10 minutes' walk to a Métro stop. The right bank arrondissements numbered 9-12 have excellent access to the Métro—plus, some of the city's best value restaurants. Fifteen minutes on the subway might save you $50 per night in hotel costs. Look for hotels that are near subway lines 1, 7, 8, and 9—these routes have stops near the major monuments.

Avoid hotels in the city center. Paris is split into numbered districts, or arrondissements. The ones with the lowest numbers are nearest the center of town, such as the 5th (a.k.a. the Latin Quarter, which borders the Seine River and is home to the Sorbonne and tons of students, bookstores, and boutiques) and the 7th (where you'll find the Eiffel Tower and the Musée d'Orsay). But there are wonders to behold throughout Paris, such as in the 14th (frequented in the 1920s by Ernest Hemingway, Gertrude Stein, and other members of the expatriate "Lost Generation," and still a haven for literary types) or the 18th (the old stomping grounds of artists such as Pierre-Auguste Renoir, Henri Matisse, and Henri Toulouse-Lautrec at Montmartre, as well as one of Paris's best flea markets, plus the famed Basilique du Sacré-Coeur). As a rule of thumb, the farther you are from the center of town, the better the rates for hotels.

Watch out for breakfast charges. With rare exceptions, all taxes and service charges are included in room prices in Paris. Breakfast, on the other hand, often costs extra—from $7 to upwards of $40 per person. If you don't want breakfast, be sure the hotel knows that at check-in, and verify at checkout that you haven't been charged.

Keep your eye out for "double" trouble. A single room is obviously equipped with one bed for a single person. But there's often some confusion between double and twin rooms. A double is supposed to contain one bed large enough to sleep a pair of guests, while a twin room should have two single beds. But be aware that the particulars may get lost in translation. Always ask specifically what sort of bed(s) your room contains—both when you reserve and when you check in.

April in Paris may not live up to its romantic reputation. Frank Sinatra crooned about its glories, but April in Paris is often wet and dreary. For brilliantly crisp weather and manageable crowds, June and September are probably your best bets. Meanwhile, July and August are the busiest and generally most expensive months for tourists. As for the off-season (winter), most hotels lower rates and airfare is cheapest—but you might wind up spending a lot of your time indoors. The damp days of midwinter are known to chill visitors to the bone. Luckily, many of the capital city's pleasures can be found inside, in its galleries and cafés.

Hotels with old-world charm may have old-school reservation systems. Independently owned properties are often terrific values—but they often do not allow guests to reserve rooms instantaneously online. Perhaps their owners feel that such a booking technique is too impersonal. In any event, you may have use e-mail or the phone to book a room.

Look to the stars. The French government rates each of the 1,500 or so hotels in Paris on a scale from one to four stars. One-star properties—where double rooms can be had for under about $75 per night—are sometimes quite charming, with courtyard gardens, for instance. Other one-star hotels are downright seedy, with rooms that are tiny, unkempt, and bathroom-less. With each additional star, the likelihood increases that a hotel has additional amenities, such as an elevator, free Wi-Fi, or a concierge. The moral is: The rating system provides a rough estimation of quality, but it's far from perfect. You'll generally find the star rating listed on the hotel's website. (Can't find it? Contact the hotel.) Note that the official stars won't necessarily align, so to speak, with guidebook and hotel-booking-site ratings, which use different criteria.

For longer stays, consider an apartment instead of a hotel. Short-term rentals are best if you're staying a week or more. There are two types of Web resources for short-term apartments. The first type will help you find luxury digs that are more spacious than the typical Parisian hotel, but cost about the same, giving you a bigger bang for your euro. A swank apartment on the Ile-Saint-Louis, for example, sleeps four for 190€ ($240) per night. That works out to about $120 per couple per night for a 17th-century address overlooking the Seine. Guest Apartment Services is a good site for these high-end rentals. A second type of website lists rentals on the other end of the scale. For example, websites like Venere offer smaller, typically IKEA-furnished rentals from 100€ ($126) per night. Both Guest Apartment Services and Venere accept online reservations and deposit by credit card. Note, though, that many smaller companies accept deposit only by bank transfer. (See this list of companies.) Always read the reservations policies carefully with an eye out for traps, such as the policy on cancellations. Be particularly wary of negotiating any rental found on a message board like Craigslist. Deposits have been stolen via short-term rental scams made through such sites. For full advice on how to arrange a vacation rental, see our Vacation Rental Handbook.

HôTEL CARON DE BEAUMARCHAIS
'Hood The Marais, historically the city's Jewish quarter and now also a center for gay nightlife. It's one of the few neighborhoods with shops that are open on Sundays.

First Impression From the pianoforte dating to 1792 to the gilt-framed mirrors, the hotel re-creates the feel of an 18th-century artist's home. It's named for Pierre-Augustin Caron de Beaumarchais, the French playwright whose Le Mariage de Figaro was adapted by Mozart. Beaumarchais lived just up the road.

The Rooms No two of the 19 rooms are the same, though most have sumptuous fabrics, a crystal chandelier refitted with electric candles, an original exposed-beam ceiling, and an antique writing desk and armoire.

Minus The seven rooms facing the tiny courtyard lack natural light, particularly the one on the ground floor.

HôTEL LA MANUFACTURE
'Hood The up-and-coming 13th arrondissement, also known as Gobelins, the name of the famous tapestry factory that's been in operation there for more than 400 years. The area is home to many students and the city's enormous Chinatown.

First Impression An elegant limestone exterior gives way to a lobby with the pizzazz of a Matisse canvas. Orange armchairs sit atop boldly striped rag rugs, and the walls are decorated with local artist Alberto Cont's geometric paintings.

The Rooms While four seventh-floor minisuites evoke a kind of minimalist plantation-style aesthetic, with white cotton fabrics and dark wood furniture, the 52 smaller rooms on the hotel's six other floors are more traditionally Parisian, with walls painted in turquoise, rose, or yellow and soft curtains.

Plus Room 74, a suite, has a view of the Eiffel Tower.

Minus There's a police station next door, and the car sirens can be obtrusive.

HôTEL THÉRÈSE
'Hood It's not called the 1st arrondissement for nothing. In the heart of Paris, it encompasses Place Vendôme, the Louvre, and the Tuileries gardens.

First Impression Renovated in 2002, the hotel pulls off a blend of French charm and British classicism. The combined library and bar has the feel of an English club, with wood-paneled walls and plush armchairs, while the lounge is decorated with an array of French art.

The Rooms The prices are three-star, but the feel is four-star. The 43 stylish suites are decorated in shades of pistachio, slate gray, beige, or royal blue and furnished with designer chairs and bedside tables. Thick cottons, heavy velvets, and natural wool add both comfort and texture.

Plus Owner Sylvie de Lattre, who trolled Parisian flea markets for the paintings and prints that personalize each room, can advise on the city's best antiques-shopping spots.

Minus Guests looking for less-expensive shops and food will have to wander outside the area's rarefied bounds.

First Impression Up a narrow cobblestoned lane, Hôtel des Arts plays upon its former incarnation as a dormitory for Moulin Rouge dancers. Elevator doors on each floor are painted with cancan girls, and the original stone walls in the lobby and breakfast room are decorated with paintings of the quarter.

The Rooms The 50 rooms are small but comfortably furnished with double beds or two twins and writing desks. Flowers or checks on the curtains and bedspreads lend a French country style. Four rooms on the sixth floor have views of the dome of Sacré Coeur.

Plus Because of its former association with the Moulin Rouge, the hotel can often secure last-minute seats to performances.

Minus After dark, the neighborhood is home to a sizeable number of sex workers.

First Impression The hotel is a 17th-century town house that was once the residence of one of Louis XIV's architects, Daniel Gittard. It's decorated with an impressive collection of antiques and 18th-century paintings.

The Rooms Each of the 39 rooms possesses unique features, from the exposed-beam ceiling in Room 114 to the loft bathroom in Room 405, a duplex. Room 100 (at 355 euros a night, the most expensive) has a 17th-century fresco painted by artists from the school of Versailles. It can be viewed if the room is vacant.

Plus When the weather is nice, breakfast is served outdoors in the courtyard garden.

Minus You have to know to ask for one of three smaller rooms that go for 145 euros. Advertised rates start at 165 euros.