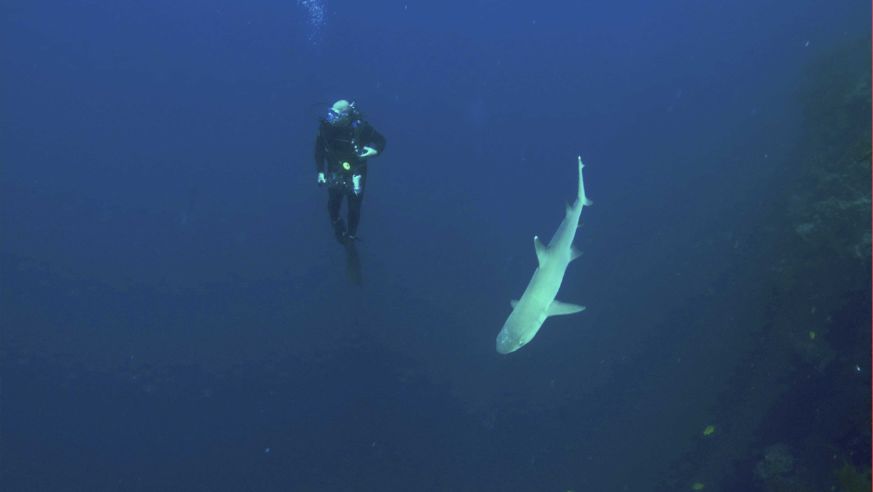 How much would you pay to swim with a shark?

If, like me, your first reaction is to ask how much you yourself would be paid to do such a thing, you may be in an ever-decreasing minority. Shark-watching tourism is expected to grow in popularity over the next two decades. It currently generates about $300 million each year but is expected to reach nearly $800 million by, say, 2033. A recent study published in Oryx: The International Journal of Conservation, notes that while the shark fishing industry—fueled by an appetite in east Asia for shark-fin soup—currently generates about $630 each year in revenue, it will be eclipsed by shark tourism.

So, what exactly does "shark tourism" entail? It can be as simple as donning a wetsuit and scuba diving with harmless little lemon sharks off the coast of Florida, diving with makos off Southern California (the toothy, bug-eyed sharks look like runaways from a Hollywood sci-fi shoot), or going whole-hog (er, make that "whole fish") and getting in a shark-diving cage in Baja and letting great whites sniff you from the safety of your metal security blanket. About 600,000 people take the plunge each year, and forward-thinking travel destinations such as Palau, the Maldives, the Bahamas, and French Polynesia have created shark sanctuaries where commercial fishing is banned.

Want to try diving with sharks? The Active Times recently recommended a number of organizations around the world that can get you face-to-face with the ocean's alpha predators. Here, three ways to get started:

Shark Chums. This Southern California outfit gets you up close and personal with mako sharks—the ones that look like aliens—in the waters of La Jolla. (sharkchums.org, day trips departing approximately late June through November, $180/person)

Great White Adventures. Test your nerves with a cage-diving excursion (you wear scuba gear and view sharks from the safe confines of a cage) to Isla Guadalupe, off Baja, Mexico, one of the world's perfect places to view the fearsome great white shark. (greatwhiteadventures.com, five-day trips departing August through October, $3,219/person—no, it ain't cheap, but this past season divers averaged seven great whites per day and lived to tell about it)

TALK TO US! We want to know: Have you ever gone swimming with sharks? Would you like to give it a try?