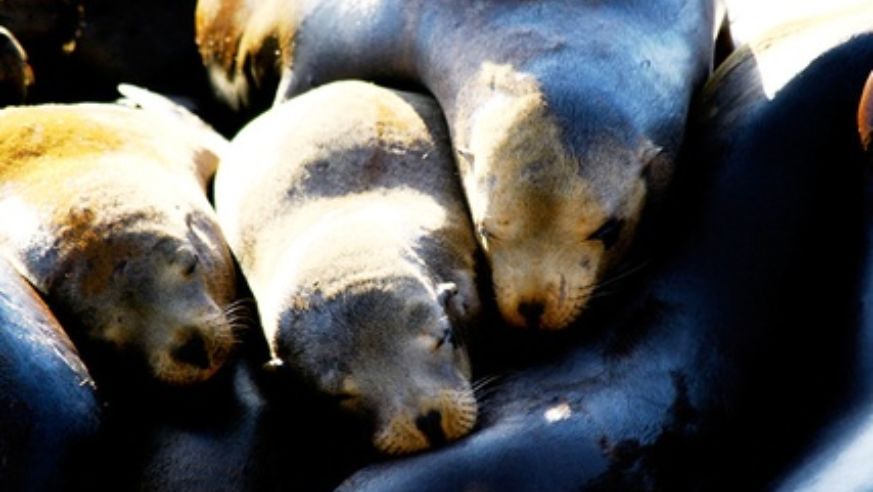 Courtesy jlilly/myBudgetTravel
Sea lions on Pier 39, before the mass exodus

If you've been to San Francisco's popular Pier 39, along Fisherman's Wharf, in the past, you've probably stopped to gawk at the famous (and numerous) sea lions that congregate there. But as Wired magazine reports, the sea lions have vamoosed.

The sea lions started hanging out on the pier in 1989, and as recently as this fall, there were about 1,700 of the creatures lounging around—a new high. But right after Thanksgiving, the sea lions began to leave, and as of this week, only four were counted by the Marine Mammal Center in Sausalito.

The sea lions have always had an air of mystery. No one's exactly sure why they picked Pier 39 as their haunt 20 years ago, and no one's sure why they left (alternative food sourcing is one theory). Wired quotes the Marine Mammal Center's Shelbi Stoudt saying "there really isn't a reason to be looking for them," as the animals are migratory. Still, as this picture shows, Pier 39 looks a little eerie without them.

For more on San Francisco, check out our new city page.