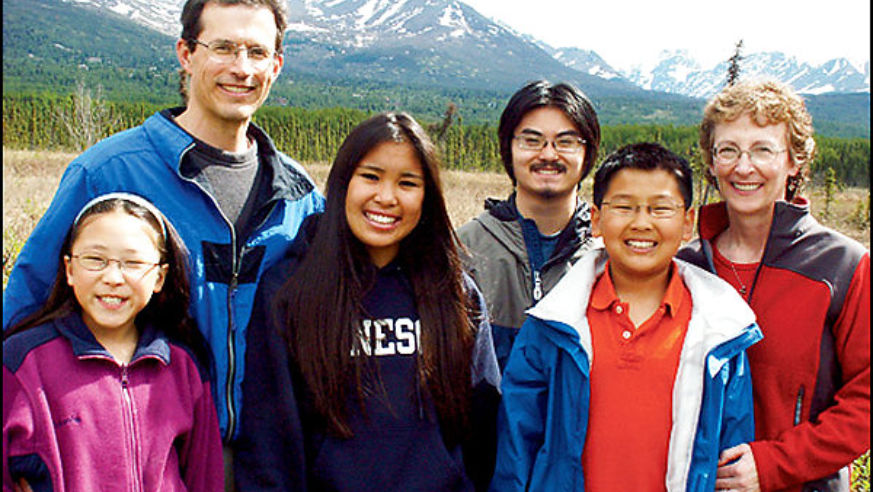 A couple from Anchorage, Alaska, who adopted three babies from South Korea, want our help planning a trip to their children's birth country.

Dear Trip Coach...
Three of our four children were born in South Korea and adopted as babies. They're now 19, 12, and 10 years old, and my husband and I are taking them to visit their birth country. We're attempting to balance historical sites with fun, kid-oriented experiences. Can you help us? Karen Gordon, Anchorage, Alaska

Who's Traveling
Karen and Steve Gordon have been to South Korea twice, first to adopt Peter, now 12, and again to adopt Laura, now 10. (Ben, now 19, was born in South Korea as well, but he was escorted to the Gordons in Anchorage.) "We had a great time on both trips," says Karen. Ben joined them on their second visit to the country; Peter and Laura haven't been back since they were adopted. Another daughter, Amy, 14, was born in Alaska and has opted not to go on this trip.

What's Planned So Far
The Gordons are excited about exploring Seoul with their children. "It's a huge city," says Karen. "It will be a big eye-opener to my Alaskan kids." The family plans to first spend a week in Seoul, with occasional day trips to nearby attractions. "That part of the journey isn't hard to plan," says Karen. She and Steve know they want to show the kids the War Memorial of Korea, Namsan (a nearby mountain with hiking trails), and the folk village near Suwon. A second week will be devoted to traveling around the southeastern part of the country, including a two-and-a-half-day stay in Daegu, about 180 miles southeast of Seoul, where Laura was born. Figuring out which other cities to visit and what to see and do during this leg of the trip is where the Gordons could use the most guidance.

Questions and Concerns
Although they're familiar with Seoul, the Gordons aren't sure where to stay. "We're happy to share one room," says Karen, "and we'd like to keep to around $100 to $150 a night." Ideally, the room will have a refrigerator and perhaps a microwave, so they can prepare simple breakfasts and dinners with food from local markets. "We tend to eat our big meal out at lunch," Karen explains.

The Gordons also want to learn about Seoul attractions that they haven't visited before. "Ben is really into electronics," says Karen. "I know there's an area in the city that specializes in that, but we've never been." They also hope to see a dance performance or a festival.

Although they know they want to visit Daegu, they aren't sure where to stay or what to do there. Beyond Daegu, they have some general ideas ("We could go to the coast, or explore a folk village," says Karen), but would like direction. Getting to Daegu and around South Korea is also a concern: "Should we make advance reservations for trains and buses, or can we buy tickets that day?"

Most important to Karen and Steve is helping the kids identify with their birth culture. "Our focus is on seeing Korea and the Korean people--particularly Korean families and kids." They also want to work in activities with kid appeal, however, such as trips to beaches and mountains. "Ben and Peter are interested in the South Korean army," says Karen. "And we want to buy Laura a new hanbok," a traditional Korean outfit.

HERE'S OUR ADVICE
Getting Around
The subway is the cheapest and most efficient way to travel within Seoul. From Seoul to Daegu, take the KTX, a high-speed train ($42 per ticket); reserve tickets at Seoul Station when you get to the city. For the rest of the trip, use a combination of trains and buses. Buses can be cheaper and faster, but they often don't have bathrooms, so they're best for shorter journeys. Get schedules at tourist information centers or online (english.barota.com for trains, and kobus.co.kr for buses).

In and Around Seoul
Guesthouses, which often have fridges and microwaves, are perfect for families. Bukchon Guest House has traditional ondol rooms, meaning the floors are heated and guests sleep on padded mats (bukchon72.com, $54). Many adoption agencies offer rooms to adoptive families who are returning to visit Korea. The rates are comparable to those at guesthouses, but certain features--such as access to other adoptive families--make the agencies an appealing option.

For a spectacular view of the city, head to Bukhansan National Park, about an hour by subway from the center of Seoul (bukhan.knps.or.kr/bukhan_eng). Back in Seoul, gadget fiends will be awed by the more than 3,000 shops in Yongsan, an electronics market.

With two boys interested in the South Korean army, a trip to the DMZ, one of the world's most heavily fortified borders, is a must. Public access is restricted, so go on a tour, such as one offered by the USO (uso.org/korea; children 10 to 12, $22; over 12, $44; children under 10 aren't allowed). Rules at the DMZ are strict: A passport is required for entry, and a dress code is enforced (for example, flip-flops, sleeveless shirts, tank tops, and torn clothing are forbidden); see the USO website for details.

Check the Seoul city government website for information on festivals and performances (english.visitseoul.net). Both the Seoul Arts Center (sac.or.kr) and the Sejong Center (sejongpac.or.kr) host performances throughout the year, including symphonic, opera, jazz, and contemporary music concerts. Tickets for top-level cultural events start at around $30.

Daegu and More
While in Daegu, head to the markets in the center of the city, about a half mile south

About 35 miles east of Daegu is Gyeongju, once the capital of the ancient kingdom of Silla. What with all the hiking trails, temples, and gardens, you could easily fill two days here. Don't miss the Silla burial grounds in Tumuli Park: The tall, rounded, grass-covered mounds look like something you'd find in a Dr. Seuss book ($1.60).

Near Andong, the kids can duke it out over which to do first: Andong Hahoe Folk Village ($2.15), along the Nakdong river, or the Andong Hanji Factory, a traditional Korean paper-making plant with demos (tours are free; hands-on experiences $1.10-$3.25).

Haeinsa Temple is another easy day trip from Daegu. Dating back to 802, the temple houses a collection of more than 80,000 woodblock prints made during the Goryeo Dynasty (haeinsa.or.kr).

Budget Travel Tip: If you need a break from the hustle and bustle of Seoul, try what's called a DVD bang--a private screening of the movie of your choice. (English titles abound.) The rooms usually hold just two to three people.