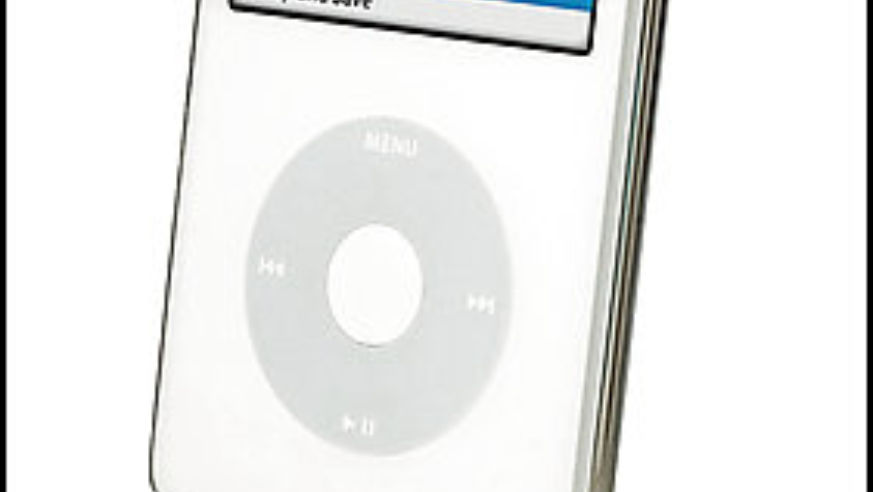 Use your iPod to record squawking parrots, pub musicians, and more.

Step 1: Gearing Up
The least expensive route is purchasing a device that, when combined with a standard iPod or second-generation Nano (not a Shuffle or older Nano), forms a digital audio recorder. About the size of a Matchbox car, Belkin's TuneTalk Stereo ($70, attached to an iPod at right) has a built-in microphone and plugs into the bottom of an iPod. Or buy the thimble-size Sony ECM-C115 mic ($60), which conveniently clips onto a pocket or lapel. You must plug the Sony device into a microphone adapter (Belkin makes one for $30), which in turn connects to your iPod via the headphone jack. You'll be able to record two hours of high-quality audio for just over a gig of space on your iPod.

Step 2: Recording
Plug in the TuneTalk, and the Voice Memo menu will appear on the iPod screen. (If for some reason it doesn't, go to Extras and choose Voice Memos.) The newest video iPods let you choose between high- and low-quality audio; the latter eats up less memory. Simply click Record to record, and Stop and Save when you're done.

After recording a few seconds, plug your earbuds back in the iPod to check the sound. You can select and listen through Extras/Voice Memos; files are automatically named by the date and time you recorded them. Belkin's devices come with an Auto-Gain switch, which you should turn on for most recordings--the exceptions being especially loud situations, such as concerts, when it's unnecessary (and using the feature could result in muffled sounds).

Step 3: Editing and Transferring Audio
Once you're at home, plug the iPod into your computer; iTunes will pop up and ask if you'd like to copy your voice memos. Click Yes.

You'll be able to do more with the files by using a free program called Audacity (audacity.sourceforge.net). Once you've downloaded the software, drag the files that you want to edit onto your desktop and then open them in Audacity using File/Open. With the cursor, select a section of audio--say, a street musician's song--and manipulate it with tools found under Edit, such as cut, paste, and delete. Change the order of segments as you please. Play with fade-ins, echoes, and other features in the Effect menu.

Once you're happy with the result, shift the files back to iTunes. Now, you'll be able to save them to your iPod or burn them on a CD, just as you would with your favorite songs.