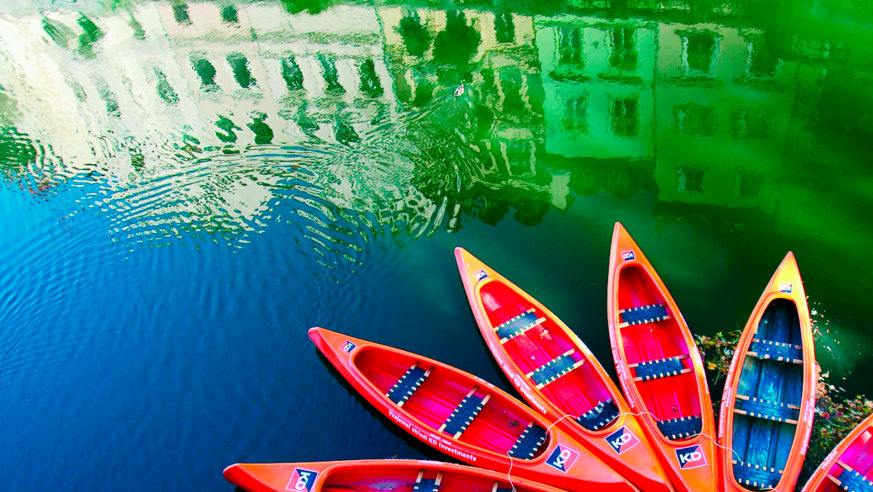 Good travel photos last a lifetime, but taking them is hardly a snap. To expand on last March’s photo tutorial, we dreamed up a set of even more challenging photographic scenarios and looked to the experts—you—for solutions. With these editors’ tips and visual examples pulled from readers’ journals on BudgetTravel.com, you’re sure to come home with images you actually want to hang.

Use these editors' tips and visual examples pulled from readers' journals on BudgetTravel.com, you're sure to come home with images you actually want to hang.

SO YOU WANT TO SHOOT... Panoramas

Common Mistake: Trying to squeeze a sweeping landscape into one measly frame.
For Best Results: Check your camera for a stitching function, which displays a guide to help you nail a smooth, multishot panorama. They're built into many point-and-shoot cameras and even sold as smartphone apps (like Pano for the iPhone, $3). Even without this feature, anyone can improvise a similar sequence by using a tripod or a ledge for support while panning across the horizon and clicking away.
Our Reader Pick: Joe Routon, of Haddonfield, N.J., combined five shots to get this expansive Florentine scene. His progression appears seamless. Don't sweat it, though, if yours doesn't. Embrace the rough edges: A row of slightly off-kilter shots has a certain collage-like charm

SO YOU WANT TO SHOOT... An Iconic Façade

Common Mistake: Overlooking the intricate details.
For Best Results: Seek out the building's most notable elements and snap those—and only those.
Our Reader Pick: Rochester, N.Y., resident Stanley Hattman's photo of these twisting, ochre forms (chimneys atop Antoni Gaudí's La Pedrera apartment building in Barcelona) works in two ways. On one level, it captures a typical Gaudí architectural feature, but it also stands alone as an abstract image with its own appeal. The camera Hattman used was nothing fancy. "But it has a zoom, which I needed to get this shot," he says. When camera shopping, go for one with optical zoom, not just digital—you'll get vastly sharper photographs.

SO YOU WANT TO SHOOT... Reflections

Common Mistake: Pulling back to snap both an object and its double.
For Best Results: If you zero in on just the reflection, you'll walk away with a far more surprising photo.
Our Reader Pick: Ralph Velasco, of Corona del Mar, Calif., took this picture of a cluster of canoes on the Ljubljanica River in Slovenia. "I'll make an effort to walk around any reflective surface—the mirrors of scooters, the chrome of parked cars, shop windows—to see if there's a chance to take something that isn't the typical postcard shot," Velasco says. Another benefit of focusing on reflections: color variation. When you include two versions of the same thing, you get a whole lot of the same palette. But here, the bright orange of the canoes pops against the blue of the water and the paler streak of the reflected buildings.

SO YOU WANT TO SHOOT... A Group Portrait

Common Mistake: Just, you know, standing there.
For Best Results: Don't fight the temptation to ham it up—after all, you're on vacation. If you give every person in the group a pose to strike (however hokey), you'll ensure everyone is engaged and alert.
Our Reader Pick: Kyle Murphy, of Redondo Beach, Calif., made a pact with his Nile adventure-tour cohorts that they wouldn't take any overtly touristy snapshots. That didn't last long. When a fellow Giza visitor took two normal pics of the group, then suggested they act out "Walk Like an Egyptian," Murphy recalls: "Not one of us even hesitated."

SO YOU WANT TO SHOOT... A Memorable Meal

Common Mistake: Shooting down on a plate from directly above.
For Best Results: Hold your camera at a slight angle to the food and tweak the place setting to play up atmospheric details.
Our Reader Pick: Lynn Farrell, of Scottsdale, Ariz., staged her shot of grilled calamari at the Merolagia restaurant in Mykonos, Greece, to take in the no-frills paper place mat, the distinctive glassware, and the beer bottle in the background. "I made sure the bottle was turned so that you could see the Greek label," Farrell says, "and shifted the plate so that one of the corners came toward the camera." Above all, keep in mind that the best meals are rarely just about the food; they're as much about that hilarious waiter, the incredible view, and the botched menu translations as any individual dish. The photo you take should remind you of the complete experience.

SO YOU WANT TO SHOOT... Your Hotel Room

Common Mistake: Relying on lamps for illumination.
For Best Results: Go natural. Identify when your room gets the best sunlight-mornings and late afternoons are often the most flattering-then throw back the curtains and turn off your camera's flash.
Our Reader Pick: For Donna Carroll, of Boca Raton, Fla., the prime time to shoot her west-facing room at South Africa's Cape Town Ritz Hotel was just before sunset. "When I checked into the hotel, the mountain was covered in clouds, but by afternoon, the weather had cleared," Carroll says. Waiting for the light offered the added benefit of geographic context: Carroll's photo combines her room's interior with a striking cityscape in a single shot.