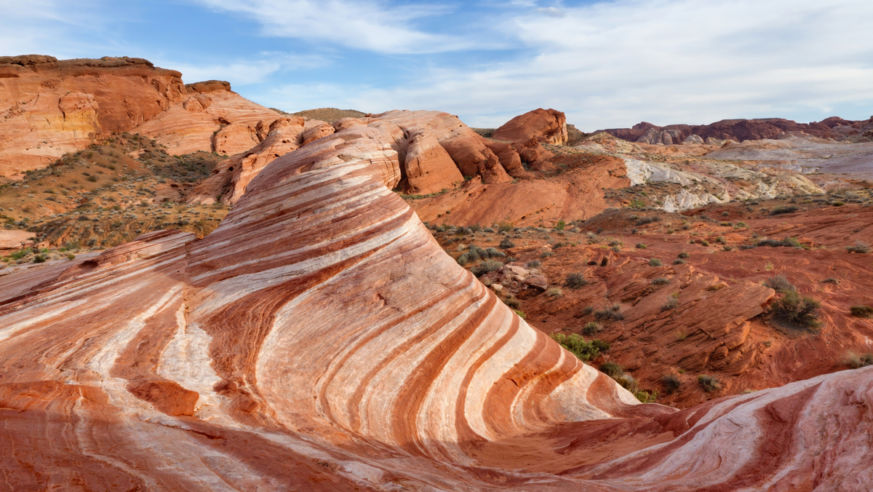 Day trips in this region conjure up visions of vast desert landscapes, rodeos, and lake adventures.

Rugged. Beautiful. And fun. The Southwest is the ultimate playground, luring adventurers with red-rock canyons, Wild West legends and the kicky delights of green chile stew. Day trips in this region conjure up visions of vast desert landscapes, rodeos, and lake adventures.

Fredericksburg
With a wealth of events, wineries and in-town attractions, it’s often hard to decide how to best spend a day in Fredericksburg. It was settled by some of Texas’ first German immigrant families, and the European frontier ethos shines through in the architecture and history of the town itself. Further afield, vineyard tours are a hit with groups on weekend trips from Austin. 1hr 30min by car. 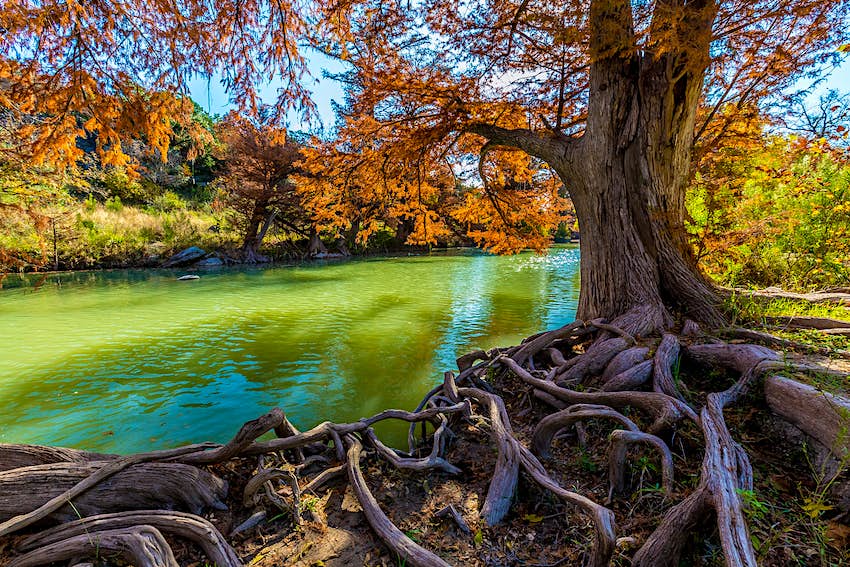 Guadalupe River
There’s no better respite from the Central Texas summer than jumping in the water, and few places could beat the Guadalupe River; specifically, drifting down its course on an inner tube. Head to Guadalupe River State Park for a family friendly float (plus campsites and hiking), or look for local private operators that offer a more party-focused experience on the river. 1hr 30min by car.

Enchanted Rock State Natural Area, Fredericksburg
The 425ft high pink granite dome of Enchanted Rock towers over the surrounding Central Texas hills. The popular Summit Hike tracks past vernal pools and rock fissures to panoramic views from the top. Queues form at the State Park gate as early as 8am on busy weekends, but campers with confirmed reservations cruise straight on through and into the park. 1hr 40min by car. 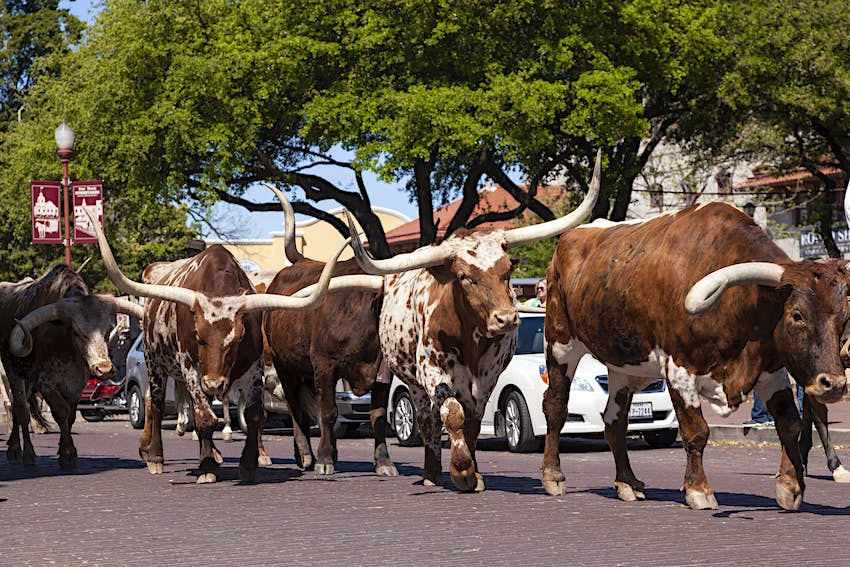 Fort Worth
Famous as being "Where the West Begins," Fort Worth still has the cowboy feel. It first rose to prominence during the great open-range cattle drives of the late 19th century. These days, the legendary Stockyards are the prime visitor destination, hosting twice-daily mini-cattle drives and rodeos every weekend. Downtown is bursting with restaurants and bars, while the Cultural District boasts three amazing art museums. 40min by car.

Caddo Lake State Park
Caddo Lake State Park is a good place to start your lake adventure. Take an interpretive hike through the cypress forest on the lake’s western edge. Or, in summer, rent a canoe. The park has some great little cabins built by the Civilian Conservation Corps and the riverside tent sites are pretty sweet. 2hr 30min by car.

Saguaro National Park
Saguaros are icons of the American Southwest, and an entire cactus army of these majestic, ribbed sentinels is protected in this desert playground. Saguaro National Park is divided into east and west units, separated by 30 miles and Tucson itself. Both sections – the Rincon Mountain District in the east and Tucson Mountain District in the west – are filled with trails and desert flora; if you only visit one, make it the spectacular western half. 1hr 40min by car. 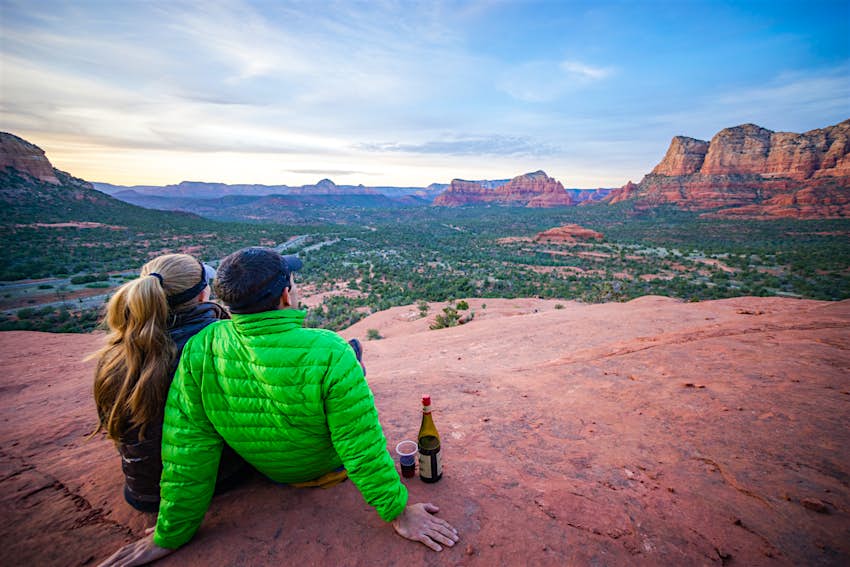 Sedona
Nestled amid striking red sandstone formations, Sedona's truly spectacular landscape has long attracted spiritual seekers, artists and healers. Outdoorsy adventurers have begun to see the light as well: there are some inimitable thrills to be had hiking, mountain biking and climbing amid these desert spires. Red Rock State Park has 5 miles of well-marked, interconnecting trails in gorgeous red-rock country. 2hr by car. 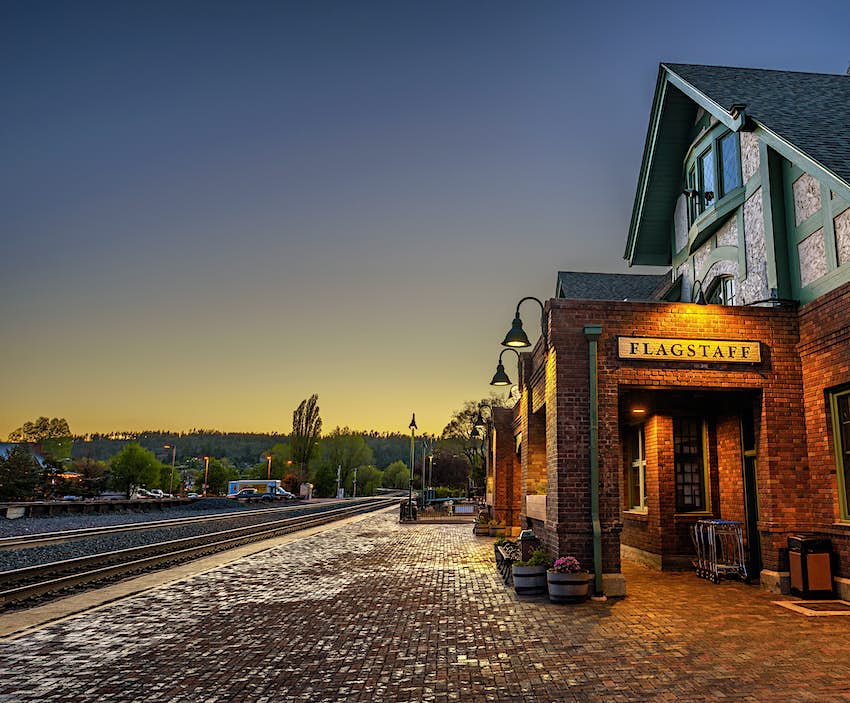 Flagstaff
The laid-back charms of Flagstaff, the home of Northern Arizona University, are many; from a pedestrian-friendly historic downtown, bedecked with vintage neon, to hiking and skiing in the country’s largest ponderosa pine forest. 2hr 30min by car. 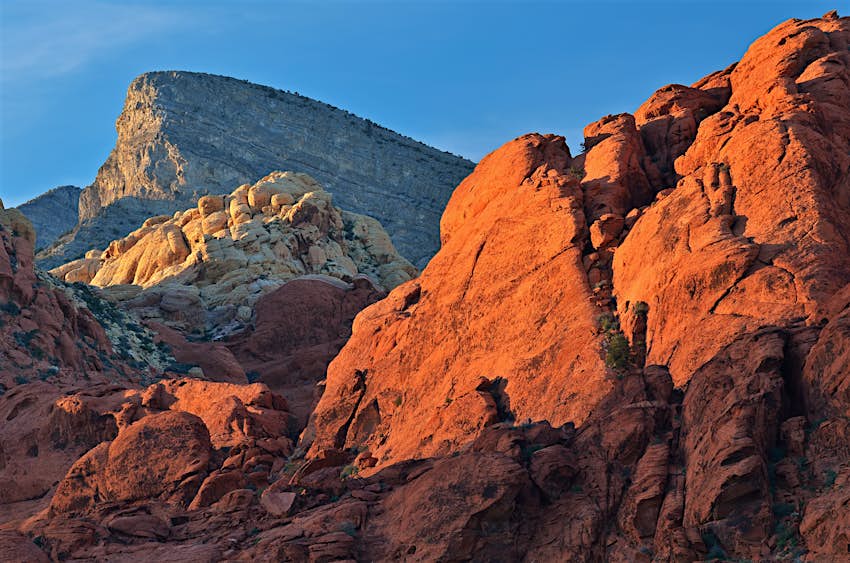 Red Rock Canyon
Red Rock's dramatic vistas are revered by Las Vegas locals and adored by visitors from around the world. Formed by extreme tectonic forces, it's thought the canyon, whose 3000ft red rock escarpment rises sharply from the valley floor, was formed around 65 million years ago. A 13-mile, one-way scenic loop drive offers mesmerizing vistas of the canyon's most striking features. Hiking trails and rock-climbing routes radiate from roadside parking areas. 30min by car.

Valley of Fire State Park
A masterpiece of Southwest desert scenery, the Valley of Fire State Park contains 40,000 acres of red Aztec sandstone, petrified trees and ancient Native American petroglyphs (at Atlatl Rock). Dedicated in 1935, this was Nevada's first designated state park. Its psychedelic landscape has been carved by wind and water over thousands of years. 50min by car.

Lost City Museum
Wander away from the big city to unearth some of the best art, culture and history on the continent in the most unexpected places. At the Lost City Museum, learn about the lives of the Ancestral Puebloans through reconstructed homes and the artifacts that were saved as this desert land developed. 1hr by car.