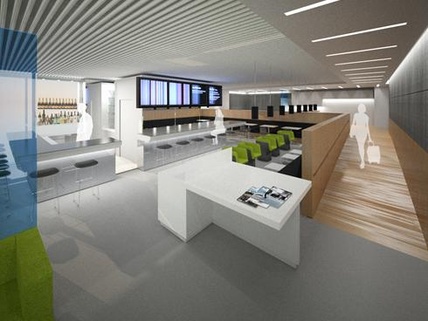 When a U.S. airline and its foreign partner each sell seats on the same flight, it's called a "code share." The result is that passengers are ping-ponged back and forth between the two airlines whenever any problem crops up, as problems often do when flying. One carrier's rules about carry-on luggage, for instance, could be substantially different, but it's the rules of the airline operating the flight that apply.

For example, reader "bethpikegirl" has commented about her code share problem: "On a recent flight to Mexico, we were scheduled on AeroMexico through Delta. I thought we were on a Delta flight because that's who I bought the ticket from, and I didn't have the right flight numbers or airline when I arrived at the airport looking at the terminal screens. At first I thought we were not even confirmed as no one at Delta could find us in the system. It worked out, though, once we figured out which airline we were booked on."

U.S. law requires airlines to clearly state when a flight is operated by another airline in their online listings. So it's wise to look at this fine print before you book a ticket.

Here are a few of tips on how to handle code share flights:

For questions about fees and baggage rules... ask the airline whose name is on the tailfin of the plane you're flying.

For questions about re-ticketing flights... ask the airline or travel agency that sold you the ticket. In other words, if your flight is cancelled and needs to be rebooked, it's the airline you bought the ticket from that you need to call.

For earning frequent-flier mileage credit... contact the airline that sold you the ticket. Be aware that the frequent-flier situation can become a nightmare if the operating airline is not part of the same alliance as the ticket-selling airline. For example, Star Alliance frequent-flier programs often do not count the codeshare flight toward status, unless the operating airline belongs to the alliance. If you instead want to redeem frequent flier miles for an upgrade and if the airline isn't helpful, contact a fee-based service, like BookYourAward.com, which knows the techniques necessary to make such a award redemption.

For buying tickets in the first place... know that searching for tickets through an online travel site or a metasearch site like Kayak or Hipmunk makes more sense than using a single airline's site because the bigger sites offer a wider array of pricing on the same code share tickets. Case in point: the same U.S.–Mexico flight could cost hundreds of dollars less through United than through American Airlines, but if you're shopping only on one airline's site you wouldn't see the cheaper fare for the same flight that's available elsewhere.

You can learn more about the problems with code share by reading Brett Snyder's authoritative post on The Cranky Flier blog: "Why code sharing provides no benefit to the traveler," along with a related discussion by experienced travelers in the Airliners.net forum.

Have any code share stories? Sound off in the comments.

8 Common Air Travel Snafus (And How to Beat Them) 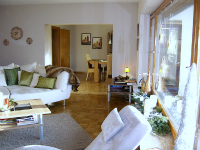 It's summertime and you may be renting a condo or apartment for vacation. How can you personalize a stranger's place to make it feel more like home during your stay? Some tips: Before you go, ask the owner about the basics. Do you need to bring beach towels? a DVD player? tennis rackets? Then come prepared. Pack your favorite pillow. It'll always be nicer than what the landlord provides. Pack your favorite kitchen items. Chef's knife. French-press coffee maker. Non-stick baking tray. Order groceries from a local store. Request delivery for the evening you you arrive, to make sure your pantry is stocked with necessities such as sturdy paper towels and charcoal briquettes for the grill. Set the mood. Example: A light dimmer, which works like an extension cord with a switch and plugs in to any standing or tabletop lamp, allows you to mellow out harsh lighting. In-line dimmer switches sell from $8 on Amazon. Don't forget your iPod or CD player,with essential music. Find out if your rental has compatible speakers, or if you'll need to bring a portable set. Share your tips for sprucing up a rental in the comments. Sometimes it's the little things that can make a vacation rental feel more like a home. MORE FROM BUDGET TRAVEL Ask Trip Coach: Vacation Rentals 6 Best Sites to Search for Vacation Rentals Must-Ask Questions When Renting 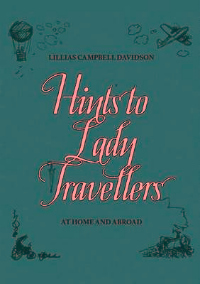 The latest travel muse comes from beyond the grave: a Victorian lady with a cheeky style, a stern name, and practical advice. "Hints for Lady Travellers," written in 1889 by said Victorian lady (Lillias Campbell Davidson) was recently reprinted by London's Royal Geographical Society and put on sale by Amazon for about $8. It is like a hundred-plus-page finishing school, aimed at the upper class English woman traveling abroad on her own for the first time, "becoming her own unescorted and independent person, a lady traveller." The author weighs in with fashion advice ("deerstalker caps are affected by many women in travelling, but suit very few, and where the effect is not exceedingly becoming it may be said to be distinctly the reverse"), pragmatic train travel tips (pack an "eau de toilette" to freshen the air in less aromatic and salubrious spaces), and recommendations for technologies that are worthy of today's SkyMall magazine (pack a portable bathtub disguised as a suitcase). Dear old Davidson dishes out tips on boarding houses, cycling tours, and mountaineering trips. She may seem quaint in her concerns and attitude. Then again, maybe we'll look back at Anthony Bourdain and Rick Steves with similar amusement. [Hat tip to Intelligent Life for spotting the book, and the 1889 Times of London review of the book for context.] MORE FROM BUDGET TRAVEL: Q&A;: Elisabeth Eaves, a writer who puts the lust in 'Wanderlust' Pet travel tips from 'Privileged Pooch' author Maggie Espinosa Take My Word: Best-Selling Writers on Travel 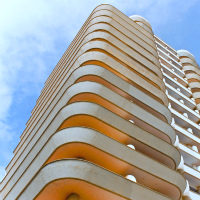 Reveal which hotel you'll get on Hotwire

While blind-booking site Hotwire doesn't reveal a hotel's name until you book it, detailed information provided on the site about the property gives you a fair picture. You can use these details about a hotel's star rating, amenities, and location to reveal the hotel's name, with the help of independent websites like Bid Goggles, Hotwire Revealed, Bidding for Travel, and Better Bidding. GET EXPERT TRAVEL TIPS AND DEALS WITH OUR FREE E-NEWSLETTERS! My fave tool is Bid Goggles (bidgoggles.com), a pet project by some travelers and computer programmers. After you've targeted a promising deal on Hotwire, copy the mystery hotel's amenities, star rating, and neighborhood into the Bid Goggles tool (open in a separate browser tab or window). The site matches the Hotwire description with the description of similar hotels that other travelers have visited. For example, I recently helped a family member book a room in Pittsburgh for a wedding. I fired up Hotwire and quickly locked in on a "four-star, downtown Pittsburgh area hotel" with a $131 a nightly rate. Hotwire listed this hotel's amenities as including a fitness center, a business center, high-speed Internet access, and spa services. I went to Bid Goggles and punched in these details about the property. The site predicted that the hotel would be either the Renaissance Hotel or the Omni William Penn Hotel. I went ahead with the booking and lo and behold it was the Omni William Penn. Hotwire Revealed is another site that works similarly and successfully. Both sites are far, far from perfect, though. Nobody has a magic decoder ring that can reveal every one of Hotwire's listings perfectly every time. But the sites provide close-enough guesses. In the above example, Bid Goggles had predicted the Omni William Penn and the Renaissance Hotel. I looked at the websites of those hotels and was pleased with how they looked and their general location that I felt confident that even if I didn't get either of those hotels I would get a hotel that was fairly similar. The process boosted my confidence that I was doing right by my relatives when planning their trip. The information about successful Hotwire bookings is more comprehensive and more frequently updated at the Bidding For Travel forums and, to a lesser extent, at Better Bidding. But there's a trade-off: Those forums require more patience to use than the other sites. Have you had some big hotel wins on Hotwire? How do you know when the price is right? Share your tips in the comments. We can't all travel as much as we'd like to, especially during these uncertain times. But if we pool our knowledge together, we can help each other save big bucks and travel better.

Is it too much to ask that an airline's fees be listed on one web page?

Airlines are soon supposed to list all of their fees on a single web page, linked from their home page. But some carriers are trying to get the new regulations postponed or dropped. Though key components to the Department of Transportation's new "Enhancing Airline Passenger Protections" regulations will be in effect next month (August 23, to be exact), no airlines are yet fully in compliance. Among other requirements, it will be mandated that airlines present all optional fees -- checked and carry-on baggage, extra legroom, Wi-Fi, seat selection, and so on -- so that a passenger can look them over on a single web page. It will also be mandated that this page be linked to from the airline's home page, that this info must be referenced when the airline gives a fare quote, and that baggage fees must be listed on e-ticket confirmations. This all seems reasonable enough. But many airlines say the regulations ask too much of them. The Los Angeles Times reports that Spirit Airlines, the domestic carrier with most notorious (and extensive) list of fees, is leading an effort to challenge the regulations in the U.S. District Court of Appeals. As things now stand, getting precise, comprehensive info about an airline's fees is a rarity at the carriers' websites. Delta is one of the few carriers to lists its fees on one page, but that page is hard to find from the home page, requiring three clicks. Spirit Airlines, meanwhile, doles out info about fees in piecemeal, often vague fashion, so that the cost one finds in a fare search often isn't in the same ballpark as the ultimate cost paid by the traveler. Hopefully, come August 23, even Spirit Airlines will clue would-be passengers in on what their entire flight will cost -- annoying baggage fees, seat selection charges, boarding pass fees, and all. Or is that too much to ask for? MORE FROM BUDGET TRAVEL Airlines hike fees for baggage Hidden airline fees to become a thing of the past? What is the strangest travel fee you've encountered?