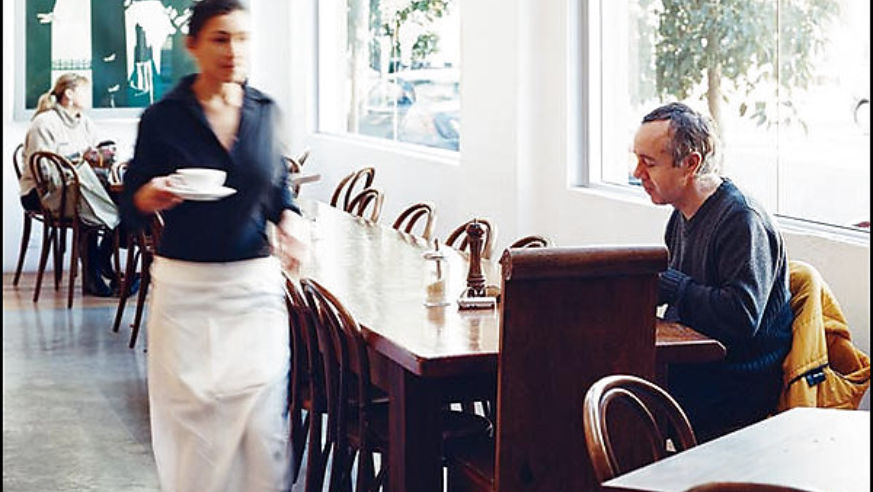 Waterloo's swift turn from light-industrial wasteland to buzzy arts district has happened so fast that the neighborhood isn't even listed in most guidebooks or on tourist maps. But it's only 20 minutes by taxi from the Central Business District (CBD), or a 15-minute walk south of Surry Hills.

"This is the new hip bohemian area," says Beatrix Van Dissel, a salesclerk at Salvage, a six-month-old store stocking antiques and intriguing objets d'art, such as a 1920s Argentinian glass candy dispenser.

A decade ago, however, Waterloo was nothing but warehouses and a few public-housing buildings. "There would've been no point to come before, unless you wanted to buy a washing machine or whatever," says Barry McDonald, whose Italian-style grocery Fratelli Fresh is an icon of Waterloo's growth spurt.

After selling an online-grocery operation to a giant supermarket chain, Barry and his brother Jamie chose a Waterloo printing factory for their latest venture: "We just fell in love with the building," says Barry. Fratelli Fresh's first floor is a mix of blue-collar and upper-crust. While forklifts race around filling orders for Fratelli Fresh's main business--supplying restaurants with produce--women in Chanel shades and riding boots peruse the fruits and veggies. The potato selection alone--more than 10 kinds, including rare types like Coliban Chats, Dutch Cream, and Pink Eye--puts Whole Foods to shame.

On the second floor, past stacks of capers and sardines, businessmen and members of the leisure class lunch at Sopra, a cheerful and extremely reasonable white-on-white trattoria with a blackboard menu of paninis, soups, and salads. The most recent addition to the Fratelli Fresh empire is Vicino, an unfinished room filled with pasta bowls and other Italian housewares.

Waterloo's other hive of activity, an arts complex known as 2 Danks Street, is a repurposed Kodak factory. The brainchild of Sydney lawyer and philanthropist Leo Christie, 2 Danks Street is home to some of Sydney's best art galleries. "When I first saw the building it was derelict--a devastating hailstorm tore giant holes in the roof--but you could see the bones of it," says Christopher Hodges, whose Utopia Art Sydney was the first tenant. "It had a southern exposure, high ceilings, cement floors--it was perfect for galleries." Five years later, Hodges' gallery of monumental aboriginal paintings shares the building with a handful of respected spaces like Stella Downer Fine Art (contemporary Australian works) and Conny Dietzschold Gallery (an impressive international and local mix).

"It's less conservative work than the galleries in neighborhoods like Paddington," explains Claire Taylor of the Dietzschold Gallery. "The giant spaces are better suited to people trying new things." The success of 2 Danks Street has lured more galleries to the area. Gallery Gondwana's vivid, almost psychedelic paintings fill a second-story loft across the street.

Outside, the clamor of hammers and saws fills the air. It's the sound of gentrification, as more galleries and hundreds of apartments are under construction in the surrounding blocks. "When I started, the whole street was a tabula rasa, and you could park 200 cars on the block," says Hodges. "Now you can't find a space!"