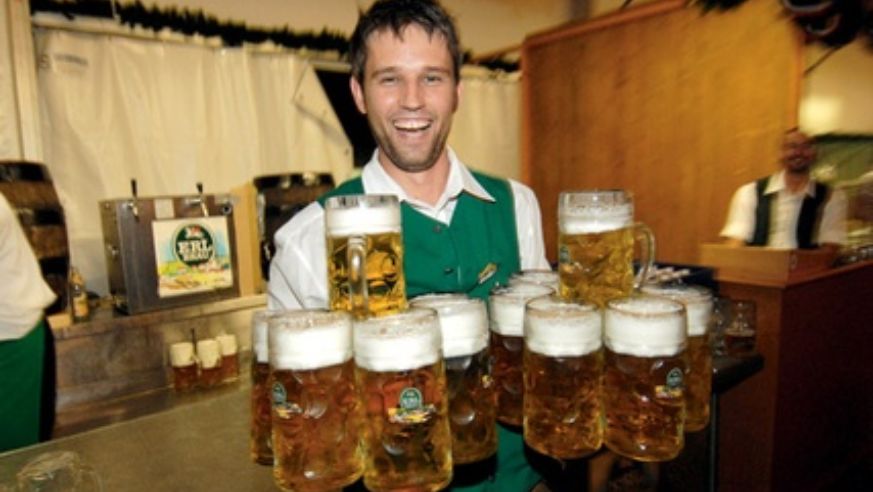 Although Munich's Oktoberfest may be the ultimate beer celebration, the reality of 6.5 million drinkers stuffed with schnitzel might not appeal to every traveler. For a sunnier fair with fewer American frat boys, check out Bavaria's second largest brew festival: Gäubodenvolksfest, starting this Friday, August 8, and running through the 18th.

What originated in 1812 as a small agricultural fair now draws a substantial (but manageable) crowd of 1.2 million to the southern German city of Straubing—tempting visitors with seven huge beer tents, over 120 carnival rides and booths, and plenty of locals in lederhosen.

Five regional breweries run the beer halls, and each prepares its own "festbier" specifically for the occasion, available only in one-liter glasses ($11). Soak up the suds with a wide array of sausages and kraut as well as more adventurous Bavarian specialties, such as a whole, spit-roasted ox.

Morning and afternoon events are family-friendly. Roller coasters ($1.50-$6.50), parades, a boxing match, and shooting contests will keep kids entertained, while traditional brass horn music is sure to shield young ears from the German slang in the tents.

After sundown, the halls get a little wilder as live rock and pop bands encourage tabletop dance parties.

Straubing hotels usually fill up about six months in advance, but with trains from Munich under two hours (same-day round trip from $94, raileurope.com) and about 30 minutes from Regensburg (from $40, raileurope.com), the fest is well worth a day-trip on your Germany tour.

Tips from a Train Expert: Save on trains in Germany