Flight Delayed? Here Are 7 Things You Should Do Immediately 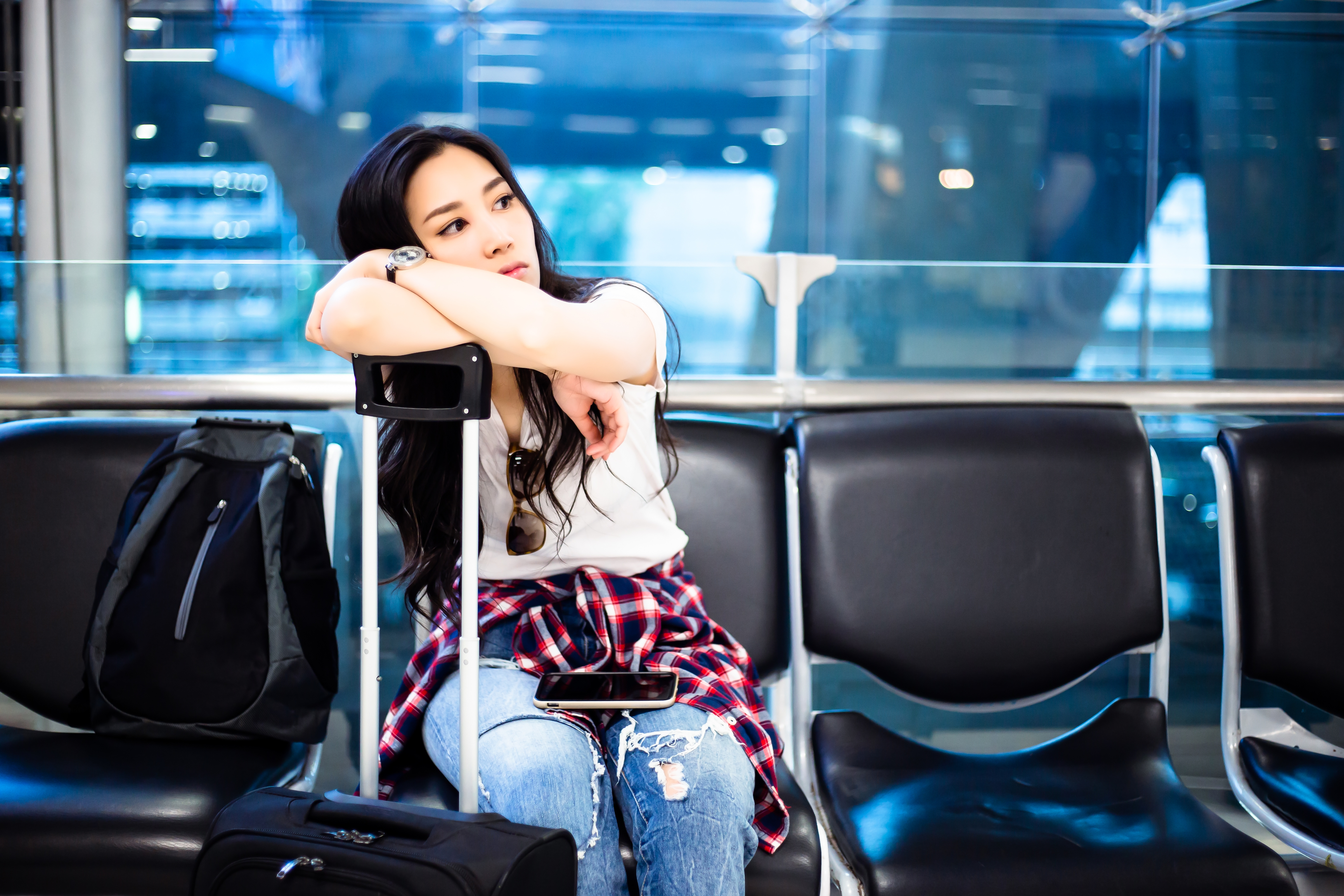 kolapatha saengbanchong | Dreamstime.com
A delayed flight can derail travel plans, but there are a few things you can do to minimize the impact on your holiday.

Finding out your flight has been delayed can feel like the travel gods have conspired against you, and all the sudden you’re stuck feeling helpless.

Well, don’t panic! There are some steps you can take to minimize the pain if you act quickly. Here’s how to get your travel plans back on track the next time you encounter a delayed flight.

Find out why the flight is delayed

Flights get delayed for a variety of reasons. So start by contacting your airline (by talking to a representative at the check-in desk, or by phone if you haven’t arrived at the airport yet) to find out why you won’t be departing on time. By federal law, major US airlines must report the causes of flight delays. According to the US Department of Transportation, there are five types of flight delays:

Although there are no federal laws requiring airlines to provide passengers with money or other compensation when their flights are delayed, knowing what the cause is can help you act accordingly. For example, if your flight is running behind because the plane is being refueled, you can probably expect a short delay – but if there’s a tornado in the forecast you may be in for a longer wait or even a canceled flight.

Download your airline’s mobile app if you haven’t done so already. You can use it to check departure statuses, and some apps let you change itineraries without having to speak to an agent in person or by phone, which can save you a lot of time.

Also download AirHelp – it’s an app that allows you to check if you’re eligible to receive compensation for a delay or cancellation.

This one might be obvious, but it’s still a crucial step. If you’re trying to catch a connecting flight, you’ll want to find out what that flight’s status is. In some cases, your airline may have to put you on a different route in order to get you to reach your final destination.

If your flight is delayed more than 12 hours or requires an overnight stay at a hotel, your credit card company may reimburse you for expenses, such as meals and lodging, if the airline doesn’t cover the costs. For instance, the Chase Sapphire Preferred card covers you and your family for up to $500 per ticket of certain non-reimbursed expenses, including meals, lodging, and toiletries, as long as your flight is not delayed in your city of residence. (Of course, you must have paid for your plane ticket with the credit card.)

Lodge a complaint on social media

If your flight isn’t the only one that’s been delayed – which often happens when there are extreme weather conditions – your airline’s phone line and airport staff can get overwhelmed. The upshot: you may be able to get a faster response if you file a complaint on Facebook or Twitter. To increase your exposure – and, in turn, improve your chances of getting a response quickly – weave appropriate hashtags into your post, and see what’s trending: If a lot of other flyers are tweeting #JetBlueFail, for instance, follow their lead.

Taking a friendly, composed approach can go a long way when you speak to any customer service agent, but it’s especially important when dealing with airline representatives. If you throw a tantrum, the agent will be less inclined to offer you a hotel or meal voucher. Also, remember: it’s not the person’s fault your flight has been delayed. So take an even tone, avoid using foul language, and refrain from making personal attacks. (“Why are you so bad at your job?”)

Sure, no one likes being stuck at an airport, but you don’t need to sit around and wallow in your self-pity. Many airports, both in the US and abroad, offer a wide array of activities and exceptional food. For example, Chicago O'Hare International Airport offers an interactive play area for kids that features child-sized model airplanes and a control tower. Meanwhile, art lovers can enjoy the Hartsfield–Jackson Atlanta International Airport's permanent exhibit, “Zimbabwe Sculpture: a Tradition in Stone,” which features 20 stone sculptures from the South African country.

Facing a long delay? Go out and do some sightseeing. Just make sure you’re back at the airport with ample time to go through security; after all, the last thing you want to do is miss your flight and then have to wait even longer to get to wherever it is you’re going. 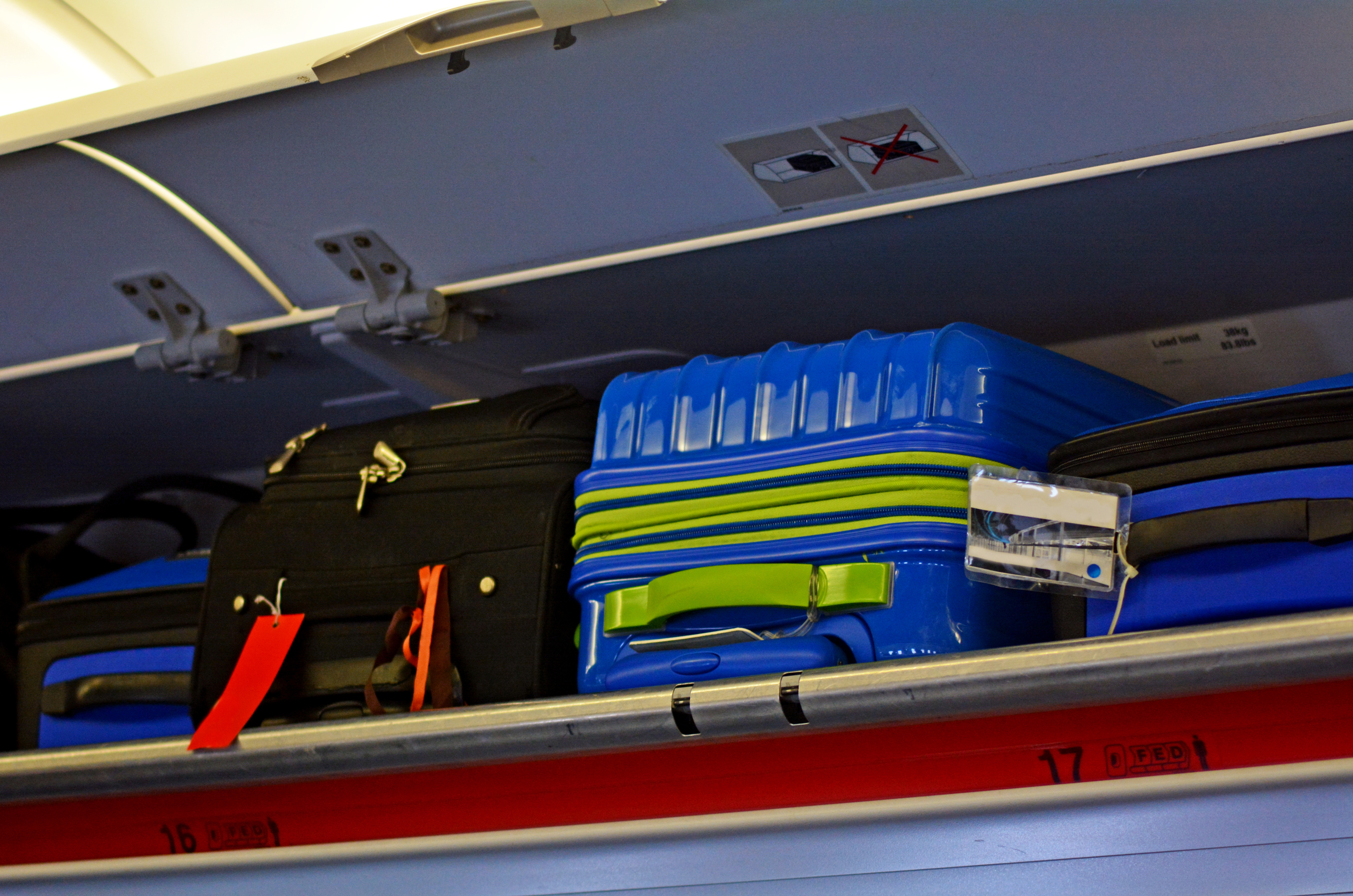 Baggage fees are never welcomed and most of the time unexpected. Airline fees like these can quickly add up and derail the work you put in to find the most cost-conscious flight. Here are some tips and tricks for avoiding pesky fees, because most airlines charge for checked luggage. In fact, Southwest is the only major airline in the United States to not charge fees to check up to two bags per passenger. Pack Light This should be obvious; alas packing less is not as easy as it sounds. We want to feel secure when we’re traveling and be prepared for any situation. So, unless you’re going to the tundra, opt for light clothes. Consider cotton and other lightweight options instead of denim. Look for brands that cater to traveler – Arc’teryx is one apparel brand for men and women designed for travelers and is super lightweight. Enroll in an Airline Credit Card One great airline credit card perk is they waive baggage fees if you book your flight with that card. Bonus: if you book your companion’s travel, the airline will usually waive that luggage fee as well. But look into that before booking, since all credit cards have different restrictions in the fine print. There are many airline credit cards available and they all have perks, so it’s important to do your research to find what makes sense for your travel agenda (free bags or more miles?). Get a Lightweight Suitcase Your suitcase is added into the final weight of your luggage, something easy to forget. If you’re allowed 50 pounds weight in a checked bag and the bag is already 10 pounds, (no this isn’t a math problem) you will only have 40 pounds left. That’s 20 percent of your luggage allotment already gone! So do your research if you’re in the market to buy a new suitcase. Osprey and Rimowa are two brands boasting lightweight travel baggage. Multi-Use Items Why not bring a dress that turns into a beach cover up, that turns into a nightgown? It can be done. Bring a simple black shift dress (or other solid neutral color) or a button-down shirt you can dress up or down – they will appear to be several different outfits but will only take up a small amount of space. There are also many reversible shorts, pants and shirts on the market for travelers. Get creative! Do Laundry Doing laundry is a simple solution to having to pack seven of everything for a weeklong trip. While fees for laundry service at a hotel can be high, you can always make a trip to the local laundromat. Hey, you may even meet a local doing their laundry and get some travel tips for the area, like where to get the best tacos. The other option is to stay in a rental or hostel offering washing machines and dryers for guests. Carry-On Ideas You may have to pay for your luggage carry-on item on some flights these days, but you still can fly with a backpack, messenger bag or carryall bag at no extra cost. There are restrictions to sizing on some planes and it does have to fit under the seat in front of you. But you’d be surprised at what you can fit into a bag, especially when you’re at the baggage check counter and you need to deduct five pounds from your suitcase. Think about your big-ticket items, like a book, toiletries kit (as long as everything is under 3.4 ounces), or footwear. Wear Your Heaviest Items on the Plane When you’re flying from a cold or warm destination to the opposite climate, wear your heaviest items on the plane. You won’t be weighed, so you’ve got that going for you. This means your heaviest shoes (hiking boots and chunky wedges come to mind), parkas or huge winter coats, heavy jewelry and so on. Also, layering your outfit is a good idea – wear your thickest sweater under your jacket, a scarf, you get the idea. Planes are usually cold anyway, so you’ll be warm. Just stuff your coats and layers in the overhead bin. Buy After You Fly This is one of my travel commandments for stressing about forgetting something when I’m traveling. Just buy it when you arrive at your destination. But it also makes sense as a way to avoid baggage fees. I’m not saying you should buy your winter coat when you arrive or anything hard to purchase. Things like liquids are one of the heaviest items in luggage and most of the time they’re the easiest things you can find to buy. Take Time to Pack Don’t pack at the last minute because you won’t have time to plan your outfits. Give yourself time to pack. Make a packing list you can use every time you travel. Or open your suitcase a week before your flight date and begin throwing things in when you think of them. Dinner, dancing, hiking and swimming? Plan, plan, plan! If you do, there’s no way you can over-pack and get hit with those sneaky baggage fees. Also, consider getting a home luggage scale if you’re a constant over-packer. Ship It If you have a few heavy bags, shipping your luggage pre-travel may be a good option for saving money on extra baggage fees. Delivery services like DHL, FedEx and UPS are all options when shipping luggage or larger items. This decision may take a little more effort but in the end, it may be the most economical choice when traveling with a lot of gear or a large family. 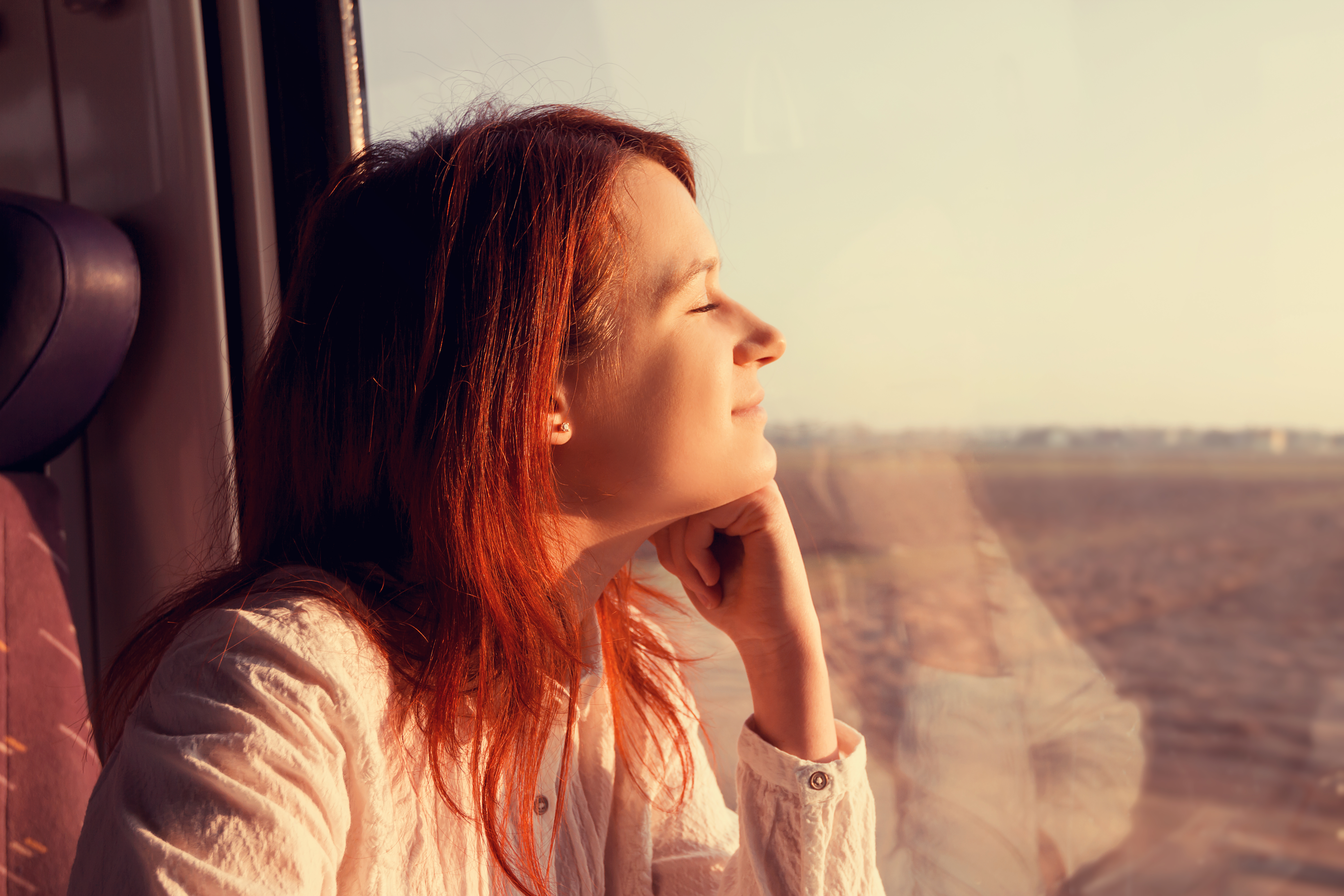 A Practical Guide to Traveling Sustainably on a Budget 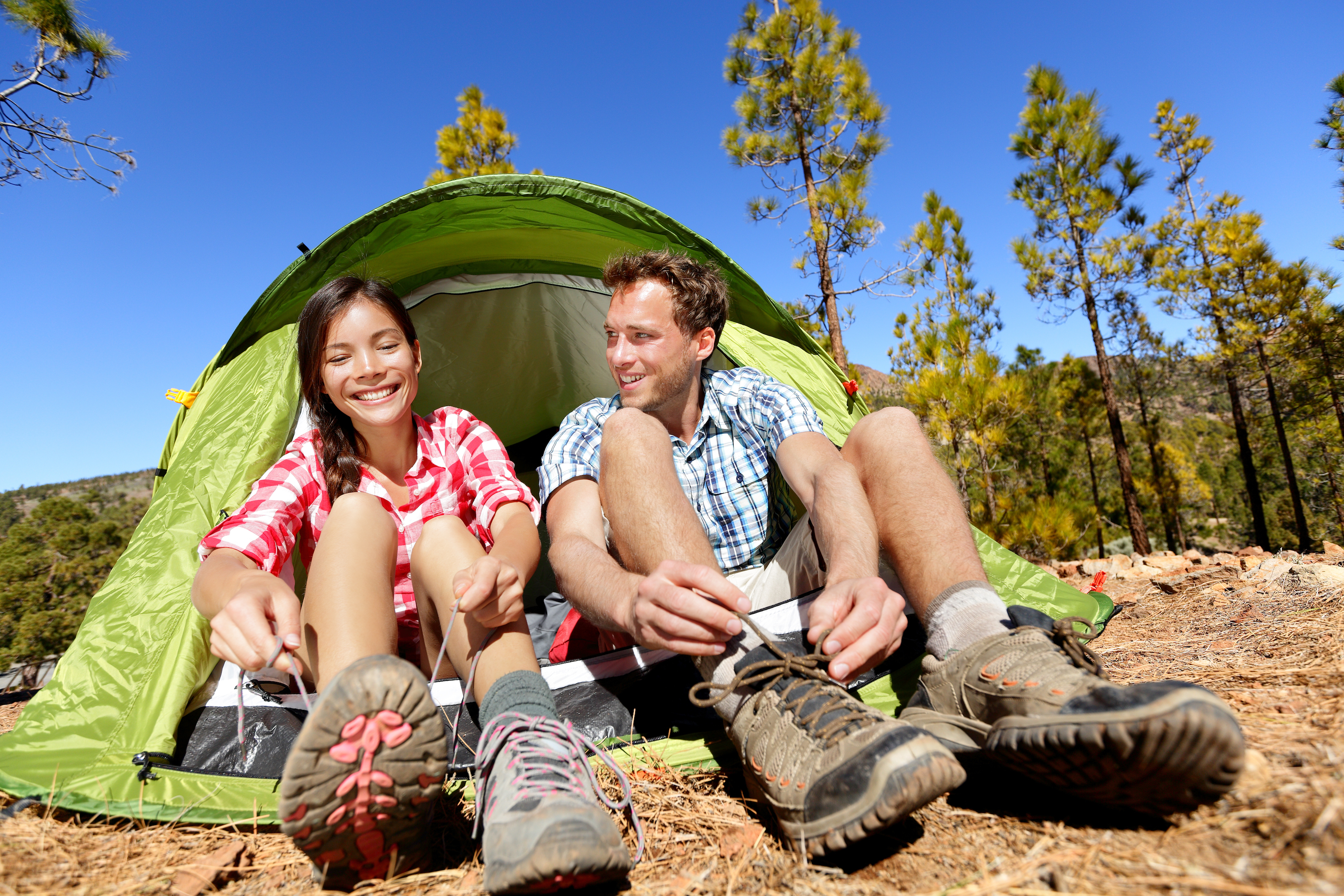 Everything You'll Need for a Comfortable, First-time Camping Trip 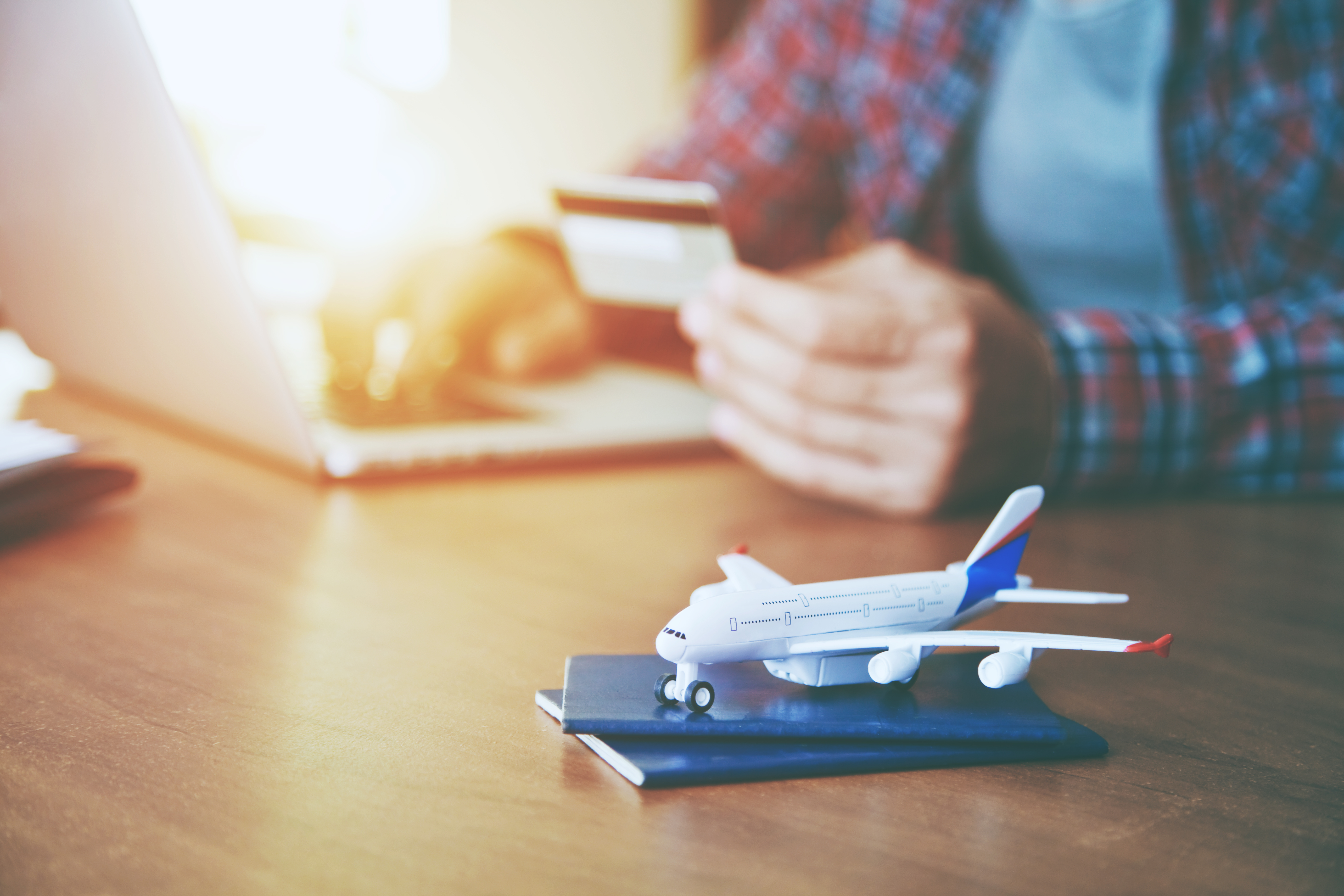 The Best Credit Cards for Any Kind of Traveler