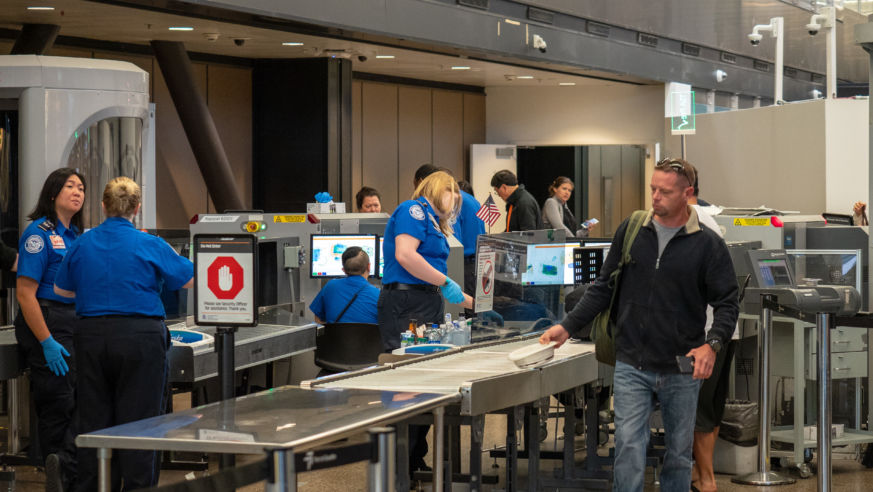 With the Transportation Security Administration’s restrictions around the boarding process constantly shifting (see: those Star Wars-themed Coca-Cola bottles that had Disney-goers in an uproar), even the most jaded frequent flier can be caught unaware. Here are some scenarios you should have on your radar before your next departure.

1. You went on a spice-buying spree and packed your finds in your carry-on

For the past year, the TSA has required additional screening for any powder-based substances greater than 350 ml (or about how much would fit in a soda can). They don’t have to be packed in your checked luggage, but you will need to allow time for additional screening—and depending on how savvy your airport staff is, that could take a while. A 16-ounce bag of sea salt, for example, proved problematic for one of our writers returning from Sicily, triggering the scanners and stumping the agents at every port of call. To alleviate the hassle, pull them out with your electronics at security or consider stashing them in your checked baggage.

2. You stopped at the dispensary to refill your prescription, and now you’re carrying too much medical marijuana

Speaking of stashes: Medical marijuana is legal in 33 states, plus D.C., Guam, Puerto Rico, and the US Virgin Islands, but that doesn’t mean it’s cleared to fly cross-country. Because the plant remains illegal under federal law, only FDA-approved goods or those that contain no more than 0.3% THC when weighed dry are allowed, either in carry-on or checked bags. (The rules apply to some CBD products as well, so tread carefully.) Though the TSA screens for security, not specifically for drugs, if an officer sees that you’re holding, they’ll call in the authorities. To avoid the issue altogether, some airports have installed cannabis disposal bins – look for them in locations like Las Vegas, Toronto, and Aspen, Colorado.

3. Your liquids are out of sight, out of mind

Sure, you remembered to take out your toiletries and empty your water bottle, but what about your roll-on deodorant, heating pad, or glow sticks? The former and the latter are fine in your carry-on as long as they’re less than 3.4 ounces or 100 milliliters, but gel-based items like heating pads and candles have to go in your checked bags. (As with any liquids, gel ice packs are fine as long as they’re completely frozen – if they’re at all melted or slushy, they have to meet the 3-1-1 requirement, unless they’re medically necessary.) On the off chance you’re transporting a Magic 8 ball, stick with your checked baggage there too. As the TSA’s reference page puts it, “For Carry-on bags: We asked the Magic 8 Ball and it told us…Outlook not so good! For Checked bags: We asked the Magic 8 Ball and it told us…It is certain!”

4. You snapped a picture of something you shouldn’t have

Shooting photo or video isn’t completely verboten at security checkpoints, but the regulations around it are pretty hazy. The TSA says that you’re fine as long as you don’t reveal sensitive information, shoot equipment monitors that aren’t in public view, or interfere with the screening process in any way—including but “not limited to holding a recording device up to the face of a TSA officer so that the officer is unable to see or move, refusing to assume the proper stance during screening, blocking the movement of others through the checkpoint or refusing to submit a recording device for screening.” It’s easy to see how an innocent action could be interpreted as interference, so you’re probably better off skipping the snapshots, just to be on the safe side.

5. You’ve lost a loved one, and you’re traveling with their ashes

Going “Code Grandma,” or simply taking a loved one to their final resting place? Some airlines might ban cremated remains from checked bags, but somewhat shockingly, the TSA as a whole has no issue with passengers bringing cremated remains on board, as long as they’re transported in a vessel that allows the scanners to see what’s inside. (Wood and plastic are fine, metals like tin or stainless steel, not so much.) If the officers can’t make out what’s in the container, it won’t be allowed. Per the site, “Out of respect for the deceased, TSA officers will not open a container, even if requested by the passenger.”

6. You’re heading for the big game, or Comic-Con, or a killer Halloween party– and you’ve dressed up to get in the mood

Though it’s not strictly prohibited, dressing in costume, painting your face, or altering your appearance in any significant fashion could result in additional screening. TSA agents need to be able to identify you to wave you through the checkpoints, so save the makeup or the mask for a quick restroom change after you’ve cleared security or once you’ve landed at your destination.

7. Your smart luggage was grabbed for the dreaded gate check, and you forgot to pop out the battery

Most rechargeable and non-rechargeable batteries – lithium, cell phone, laptop, and external batteries, plus power banks and portable rechargers – are fine in the cabin, but they become a problem when they’re stored under the plane. To avoid an unpleasant surprise, check the Federal Aviation Administration’s guidelines before you head for the airport.

8. You won a goldfish at the carnival, and you want to take him home

It should go without saying, but live fish should not be relegated to the cargo hold. As one of few exceptions to the notorious 3-1-1 rule, live fish in water – no matter the amount – can go in your carry-on, as long as they’re in a transparent container and pass muster with the TSA officer.

9. You let the holiday spirit take over

Air travel during the holiday season is bad enough – don’t make it any harder than it has to be. Your carefully wrapped gifts can trigger an alarm, so use bags and boxes instead of wrapping paper and tape whenever possible. Even the most minor trinkets can cause trouble: Snow globes bigger than a tennis ball likely violate the 3-1-1 liquids rule, and Christmas crackers aren’t allowed at all, either in the cabin or in the cargo hold. Foodwise, fruitcake is fine, but if you’re smuggling gravy across state lines, be sure to mix it with your mashed potatoes if you don’t want it confiscated by security – a lesson model, presenter and cookbook authorChrissy Teigen learned on the fly this summer.