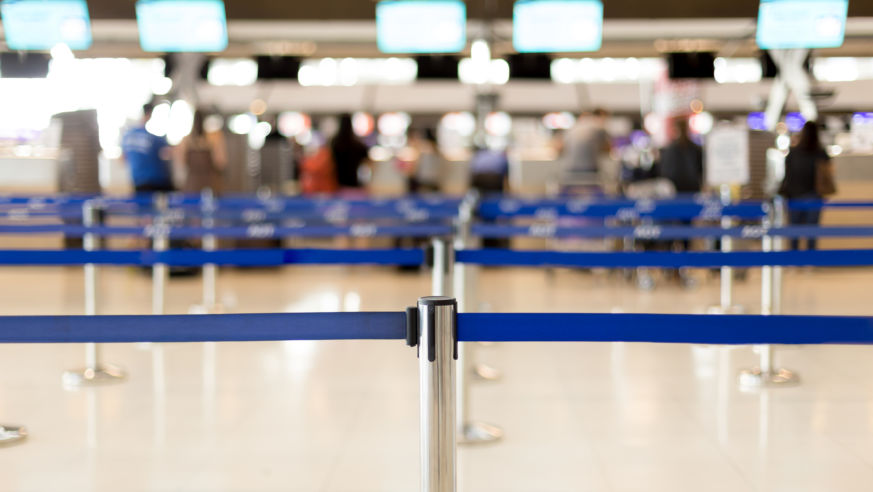 If you thought airport security couldn't get any more stressful, think again.

Sit down and take a deep breath before you read this.

Transportation Security Administration (TSA) officials are warning that an expected increase in airline passengers, and an insufficient increase in TSA staffing, will lead to longer airport security lines, reports the Washington Post.

An expected 4.5 percent increase in airline passengers and a request for a 2.5 increase in staffing for fiscal 2020 equals headaches for both travelers and TSA staff. As we witnessed during the government shutdown earlier this year, TSA officers will continue to follow protocols, one passenger at a time, regardless of staffing levels or long lines, in order to maintain the highest standard of flight safety and security. But TSA officers are already facing other challenges, including some of the lowest salaries in the federal government (with full-time pay starting around $33,000/year) and some of the highest rates of turnover.

Redeployment to the Southwest Border

Another TSA challenge is the Trump administration’s proposal to move hundreds of TSA officers to the Southwest border to handle immigration duties, which could have an impact on airport security, especially during the morning peak hours of the summer high season, the Post reports.

PreCheck May Get Slower Too

TSA PreCheck has been one of the best ways to ensure an efficient trip through airport security, but even PreCheck may slow down as the TSA moves to make enrolling in PreCheck easier than ever, reports Bloomberg.

TSA estimates that 9 million “high-frequency travelers” aren’t enrolled in PreCheck yet, and an additional 80 million travelers who fly at least once per year are also not enrolled. If the initiatve to add even a portion of those frequent air travelers to PreCheck succeeds amid TSA understaffing and redeployment to the border, even PreCheck lines will likely get longer.

What Every Air Traveler Can Do Right Now

Budget Travel’s advice for getting through airport security remains the same regardless of TSA staffing: Get to the airport with plenty of extra time, pack smart, and if you haven’t already started the PreCheck application, do it now. Learn the TSA’s top 5 summer travel tips, and pack your patience.