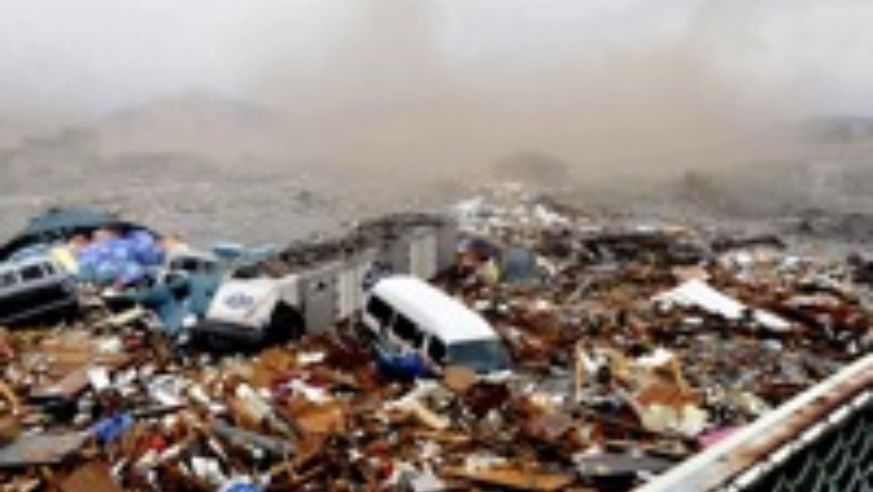 An 8.9 magnitude earthquake off the northeast coast of Japan on Friday triggered a massive tsunami, which was threatening to hit Hawaii and numerous regions around the Pacific Ocean, including the west coast of the U.S.

The hardest hit by far has been Japan, where hundreds died in the aftermath of the devastating quake, according to news reports, as water surged across northeastern Japan. Other regions and countries along the Pacific Ocean, from Australia to Russia and Alaska to Chile, waited to assess the possible threat, but it appeared by Friday afternoon that the impact of the tsunami beyond Japan was relatively minor.

Those who are in Japan or planning to travel there soon, the U.S. State Department cautions, should be aware that strong aftershocks are likely for weeks following a quake as large as this one. The State Department has issued a travel alert for Japan, advising American citizens to avoid tourism and nonessential travel there for the time being.

Tokyo airports are currently closed, and other airports across the country might shut down or limit access to flights, the State Department reported.

Several airlines have posted notices about canceled or changed flights into and out of Japan; travelers should check with their airline for flight details. American Airlines stated on its website that due to the earthquake, the airline will waive a one-time change fee for flights into and out of Tokyo for the next week. Delta Air Lines also advised customers that the cancellation or significant delay of any flight entitles them to a refund, or affected customers can make a one-time change to their ticket without a fee.

American citizens in Japan or elsewhere who need information or assistance regarding the earthquake and tsunami can contact the State Department at JapanEmergencyUSC@state.gov, or at 888/407-4747 from within the U.S. and Canada, or at 202/501-4444 from outside the country.

Google has launched a Person Finder tool to help people who are looking for someone or who have information about someone possibly affected by the quake.

Travel insurance provider Access America advises travelers who sustain an injury on their journey to call their provider’s assistance department immediately to learn about their emergency medical coverage and to obtain a referral to a local doctor or hospital, as well as to find out about medical air-evacuation options. In the aftermath of the political uprising in Egypt, insurance providers advised that travelers with "cancel anytime" coverage had the best options for assistance. And just last month, travelers faced with the 6.3 magnitude earthquake in New Zealand were also left scrambling to figure out whether to continue with their trip.

Is Egypt ready for tourists?

Rebuilding Sri Lanka one house at a time