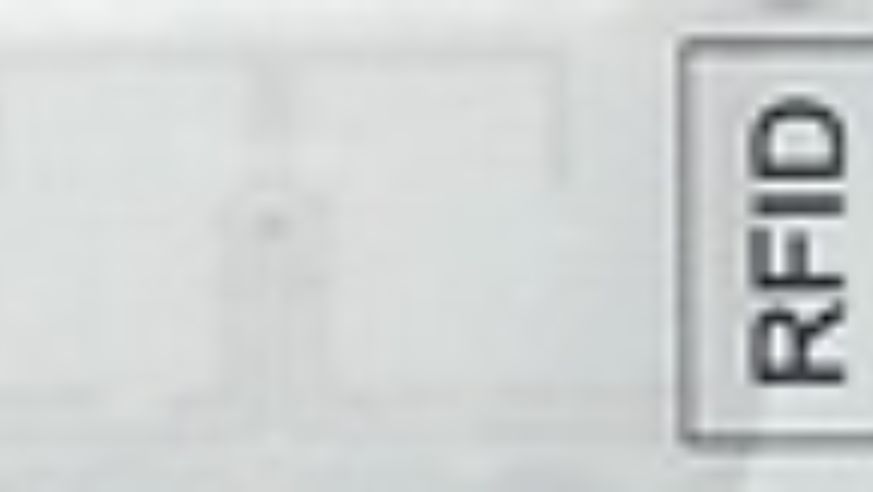 Five years from now, travelers may smile at old photographs of today's bar code labels for luggage. In addition to Las Vegas, Hong Kong, and Amsterdam using new “smart” baggage tags, London (at Heathrow's terminal 3), Paris, Milan (at Terminal 2), Dubai, Kuala Lumpur, Tokyo (Narita), Beijing, and a few small airports around the U.S., are currently trialing this technology for full use in the near future. The goal is to make sure every passenger arrives at their destination with their bags—which doesn't happen for about eight of every 1,000 passengers in the U.S. right now.

Here's how the technology works: A disposable paper luggage tag is implanted with a radio frequency identification (RFID) tag, which is a microchip that's the size of a pin and as thin as a sticker. When this RFID tag passes within several feet of an antenna, it "wakes up" and acts like it's a transponder for a major radio station, beaming out radio signals. By broadcasting its location, a smart tag makes it easier and cheaper to track a bag.

Right now, it's common for bar code labels to get torn or folded, making them very difficult for scanners to read automatically. The new smart tags could reduce errors in reading baggage tags from the current 10 percent estimate to between 1 and 0.5 percent, says Pankaj Shukla, Director, RFID Business Development for Motorola.

Let's say an airline worker needs to find a bag in a giant pile of luggage. Under the current bar code tracking system, an employee would have to hand sort the bags and scan each bar code individually. But using the new chip-based technology, workers can use a device like a beach-combing metal detector to beam out a signal for faster tracking of a lost bag. If the bag is in the pile, the hand-held scanner will make a noise.

The smart tags also prevent the loss of luggage. Under the previous bar-code-based system, luggage tracking through airports was limited to just a couple of points, such as at a check-in counter, at an airplane's cargo hold, and at a baggage carousel, because of the high cost of the equipment. In-between these distant points are "black holes" where many bags go astray.

The technology provides a more affordable means for covering the gap with a series of new checkpoints. Each time a bag passes an antenna—such as at a check-in counter, in a storage room, in a plane's luggage compartments, and at a baggage-claim carousel—it will be recorded in a computer database. These computer records will allow airlines to precisely find a bag—or figure out where a bag was last seen—by checking when and where a bag's tag was last "read" by a machine.

The technology, while not new, is becoming cheap enough to allow airports to install antennas throughout an airport. Today's tags cost about 15 to 20 cents a piece on average, says Shukla. In comparison, the cost of dealing with lost and mishandled luggage is estimated to by other organizations to be about $100 per bag on average.

McCarran airport, in Las Vegas, was one of the first airports to use this technology to track checked-in bags and make sure bags make their flights after being screened by L-3 explosives-detection machines. Officials at other airports look to Vegas system for its increase efficiency in handling and tracking bags. In addition, this improved “smart” baggage tracking system helps to centralize all the explosives-detection equipment in one place. Unlike other airports, which clutter the floor next to every airline's check-in counter with the security machines--Vegas uses the freed-up floor space to host slot machines and other money-making businesses.

Hong Kong's main international airport has already installed the system. You can check your bags at counters at the downtown train station or at the front desks of a few major hotels.

Another perk: Hong Kong is a major transfer hub for passengers. In addition to the airports’ efficient check-in benefits, the airport provides a speedier connection time because bags are more efficiently tracked, sorted, and placed onto connecting flights. The result is that passengers are able to enjoy shorter wait times between transfers and trust that their bags will meet them at their destination.

One of the main things delaying the switch-over from bar codes to RFID tags is money. As the industry faces rising fuel costs, airports and airlines may put off the investment.

EARLIER ON THIS JUST IN

Theft from baggage: The TSA reponds to our readers (and their 127 comments)