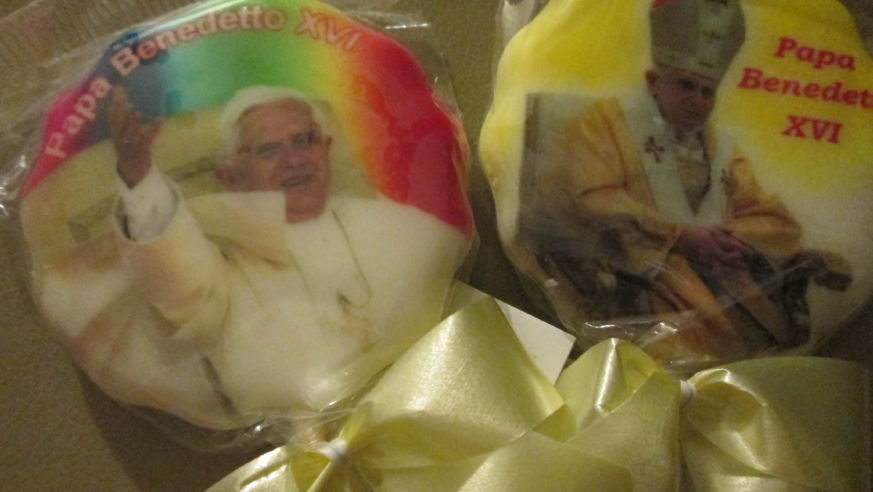 'Tis the season for Halloween candy. And if you think America has cornered the market on weird sweets, think again! What might seem totally standard abroad—something like salty licorice in Scandinavia—can often feel downright bizarre and alien to an American palate.

While visiting Hong Kong last year, I bought a bag of assorted candy from a Japanese snack shop called Aji Ichiban. I was expecting the oddest flavor to be something like lychee hard candy. What I found instead were "supreme salted kumquats," preserved mandarin peel, and preserved tomatoes! All of which exceeded my taste expectations. (Luckily, soy sauce duck tongues, which were also being sold in the store as a snack food, hadn't made it into my combo bag.)

Here are our staff picks for the weirdest candies from around the world:

Gillian Telling, Editor: My favorite: Plum-flavored chewing gum from Japan. It's tart yet sweet and almost tastes like a perfumed flower. I know I'm not selling it very well here, but it's amazing. If someone nearby is chewing it, you'd be able to smell it's distinct scent within half a block. It's my favorite gum in the world. My other favorite candy in the world is Turkish peppers from Finland. Sweet and salty on the outside, salty and burning hot on the inside.

Kaeli Conforti, Digital Editorial Assistant: I couldn't resist a giant colorful lollipop I found in a gelato shop in Rome featuring a smiling, waving Pope Benedict. It was surprisingly sweet with a lemony flavor and made for the perfect souvenir for my friends back home.

Danielle Contray, Senior Digital Editor: Wasabi Kit Kats from Japan! A friend brought them back as a souvenir and they were surprisingly delicious.

Katharine Van Itallie, Art Director: The weirdest candy I ever ate were chocolate covered ants that my mother brought home—from somewhere—not sure where! She had a great sense of fun.

Now it's your turn! Think we missed something truly wacky? Share your favorite weird candy in the comments section below.