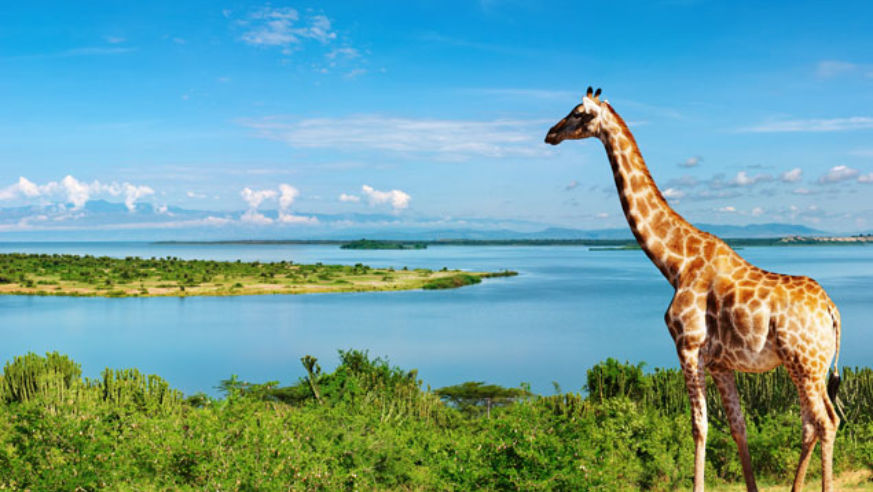 There's a reason you know the names of these rivers—the Nile, the Mississippi, the Amazon—they've inspired exploration, legend, religion. Discover the waterways that shaped the world—and the cruises that reveal their secrets.

Trace the great rivers of the world and you'll find you're tracing much of human civilization. Throughout the ages, these watercourses have provided sustenance for crops and have kick-started exploration, enterprise, and even empires. Of course you've heard of these rivers before—they've shaped the world as we know it and played a starring role in stories, songs, and spiritual beliefs along the way. But did you know that even today one of the best ways to learn about a region is to start with the nearest river? These waterways not only linked major cities and remote villages, but they also hold the secrets to everything from the local culture to the local cuisine. We've also outlined 12 incredible river cruises that will reveal their secrets to you. These trips might not come cheap, but they will take you on a once-in-a-lifetime journey through some of the most pivotal places on earth (plus meals and drinks are usually included). Read on and discover the rivers that have made the biggest splashes in the history of mankind.

TAKE A PHOTO TOUR OF THE RIVERS

The longest river in South America, the Amazon winds its way through six countries,  three time zones, and an incredible 4,980 miles. The 300-feet-deep "river sea" also boasts the world's largest reservoir of fresh water—approximately one fifth of the planet's running water, and an incredible abundance and diversity of flora and fauna. Spanish explorer Francisco de Orellana was the first person known to navigate the length of this gushing goliath in the 1540s, looking for the "Land of Cinnamon." Instead, he found turtle farms, advanced settlements with complex irrigation canals, and the fierce fighting women that subsequently gave the river its name.
River cruise: Follow in Francisco's wake on the five- to 10-day Amazon Dream river cruise through the Brazilian Amazon on board the 18-passenger M/Y Tucano, a traditional wooden riverboat. Round-trip from Santarem, Brazil, 727/498-0234, rainforestcruises.com. From $1,295 per person for a five-day cruise.

The Big Muddy is mighty: It boasts the second-largest watershed in the world, covering more than 1.2 million square miles, plus tributaries from 33 states and two Canadian provinces. Its banks have been home to humans for 5,000 years and have witnessed history in the making, from Civil War battles to Civil Rights milestones. Explorers, fur traders, and settlers battled their way up and down this occasionally cantankerous river, changing the face of America as they went. The advent of the steamboat in 1812 cranked these changes up several knots and cut travel time between Louisville and New Orleans from as much as four months to just 20 days.
River cruise: American Cruise Lines' 150-passenger Queen of the Mississippi paddlewheeler journeys along the river, stopping at historic sites including Civil War battlefields and antebellum mansions. Round-trip from New Orleans, 800/460-4518, americancruiselines.com. From $3,995 per person for a seven-night cruise.

Egypt sits amid the most desolate desert on earth, the Sahara. But the 4,225-mile-long Nile turned this area into an oasis. The Egyptians became a rich agricultural society and the wonder of the ancient world by controlling the waters of The River and building the Valley of the Kings, the Ptolemaic Temple, and the Pyramids of Giza on its banks. By the year 3,100 B.C., this rich Nile Valley and Delta society had become the world's first large nation state. Today, Egypt remains one of the most important African countries.
River cruise: Sonesta's six luxurious river boats ply the waters of the Nile with cruises taking in temples, tombs, and ruins. Round-trip from Luxor, 800/766-3782, sonesta.com. From $500 per cabin per night for three- to seven-night sailings in 2013 on the St. George I.

Asia's longest river flows south from the Tibetan Plateau to the South China Sea, watering more than 700 tributaries along the way. The river has seen human activity along its banks for millennia, and acted as a border between warring kingdoms and as a transportation and commercial thoroughfare for centuries—it's essentially China's east-west highway. Imperial palaces, cities of canals, and intricate temples dot its banks. Its most famous sites include the incredible Three Gorges and the gargantuan Three Gorges Dam.
River cruise: See the Three Gorges—25-mile-long Qutang, 25-mile-long Wu and 49-mile-long Xiling—and this mindboggling feat of engineering from Victoria Cruises' 268-passenger Victoria Anna on the eight-day Three Gorges Explorer. Round-trip from Chongqing, 800/348-8084, victoriacruises.com. From $1,820 per person for a seven-night cruise.

The 1,557-mile Ganges gushes from a Himalayan ice cave, coursing eastward through the heart of Northern India to the Bay of Bengal, providing water for farming, industry, energy, transportation, drinking, bathing, and religious ceremonies from baptisms to burials. Sacred to Hindus who consider the river a goddess, its banks are home to pilgrimage sites, funeral ghats, yoga ashrams, and holy cities such as Varanasi and Allahabad.
River cruise: Assam Bengal Navigation's Holy Ganges river cruise spends six nights following the Ganges on the ABN Sukapha, 24-passenger expeditionary ship. Patna to Calcutta, 714/556-8258, assambengalnavigation.com. From $295 per person per night for the six-night cruise.

The Danube has been a trading river since at least the 7th century, when Greek sailors did brisk business along its course. Before that, the Romans used the "Danuvius" as the northern boundary of their empire, building settlements such as Vindobona (Vienna), Aquincum (Budapest), and Singidunum (Belgrade) on its banks to keep out the barbarians. This once-vital medieval trading route can also claim responsibility for the rise of two great empires, the Austrian and the Hungarian. From its source in Germany's Black Forest, the Danube flows to the Black Sea via Austria, Slovakia, Hungary, Croatia, Serbia, Romania, and Bulgaria.
River cruise: Ama Waterways' 12-day Legendary Danube trip includes three nights in Prague before you embark on a cruise along the Danube from Nuremberg to Budapest. Prague to Budapest, 800/626-0126, amawaterways.com. From $3,089 per person.

Tumbling 1,200 miles from the Canadian Rockies to the Pacific Ocean in Oregon, the Columbia is best known for its part in Lewis and Clark's 1805 expedition westward, for the gold rush of the 1860s, and for being such a formidable obstacle for pioneers on the Oregon Trail. Today, the Columbia divides Washington and Oregon for its final 309 miles, reaching Astoria, Oregon, at the treacherous Columbia Bar, once known as the "Graveyard of Ships". Wineries abound on both sides of the torrent and midday winds from the craggy Columbia River Gorge power a busy windsurfing scene on the river at the city of Hood River.
River cruise: Take to the water on American Cruise Lines' seven-night Columbia and Snake river cruise on the Queen of the West, a 120-passenger paddleboat. Portland, Ore., to Clarkston, Wash., 800/460-4518, americancruiselines.com. From $3,695 per person for a seven-night cruise.

Sometimes known as the "heroic Rhine" for its fairytale castles, terraced vineyards, and dramatic cliffs, this historic river flows from the mountains of Switzerland, through Western Germany to the North Sea near Rotterdam. The Rhine's central location has caused it to be fought over and used as a border since Roman times—Julius Caesar himself crossed the Rhine in 53 B.C. Today, its stunning scenery and spectacular wines make it a popular tourist destination.
River cruise: Get your fill of castles, cathedrals, and canals on Uniworld's 164-passenger Super Ship Antoinette with the Castles Along the Rhine cruise.  Basel to Amsterdam, 800/733-7820, uniworld.com. From $2,349 per person for a seven-night cruise.

The 1,300-mile Orinoco was first documented by Columbus in 1498, but its elusive source was not found until 1951. Situated in present-day Colombia and Venezuela, the Orinoco Delta covers more than 340,000 square miles and branches off into literally hundreds of off-shoot rivers and waterways. This watery wonderland is home to more than 1,000 species of birds, plus a huge variety of fish, from gargantuan 200-pound catfish to carnivorous piranhas.
River cruise: Orinoco Delta Tours will get you close to this wealth of wildlife with its three-day river trip and lodge vacation on the Delta. Tucupita to Orinoco Delta Lodge, 011-58/295-249-1823, orinocodelta.com. From $260 per person for a two-night trip.

Europe's longest river is Russia's principal waterway. A crucial trade route since the Bulgars and the Khazars settled along it in the Middle Ages, its banks have since been invaded by Mongol hordes, Cossacks, revolting peasants, and anti-Putin demonstrators. Known as "Mother Volga" in Russia, the river has carried Russian colonization to the east, transported freight, and watered the vast steppes.
River cruise: The 13-day Waterways of the Czars Cruise glides through Russia and the Ukraine, taking in majestic sights from the Kremlin and Red Square to Catherine the Great's Palace, the Hermitage, and the Golden Ring towns of Yaroslavl and Uglich. Moscow to St. Petersburg, 800/706-1483, vikingrivercruises.com. From $4,496 per person for a 12-night cruise.

Although archaeological evidence shows that people were trotting along the Thames as far back as 400,000 years ago, the Romans founded the river's most significant settlement, Londinium, a mere 2,000 years ago. The Thames may be short, but it's mighty. In fact, the 220-mile-long Thames could probably claim to be the river that's had the most powerful impact on the world: The British Empire was explored and claimed by ships that sailed from it. In 1589, Sir Walter Raleigh set off for the New World from here. By the 1700s, London was the world's busiest port as commodities were shipped up the Thames from all over the British Empire. Today, it's a slow-flowing river with 44 locks, several royal palaces, innumerable English villages, two famed university towns, and, of course, the one-and-only London.
River cruise: See the Thames that flows outside London with a four-night cruise on the 12-passenger African Queen, which passes through quaint English villages like Henley-on-Thames and traverses the Goring Lock. Round-trip from Mapledurham, travel.saga.co.uk. From $886 per person for a four-night cruise.