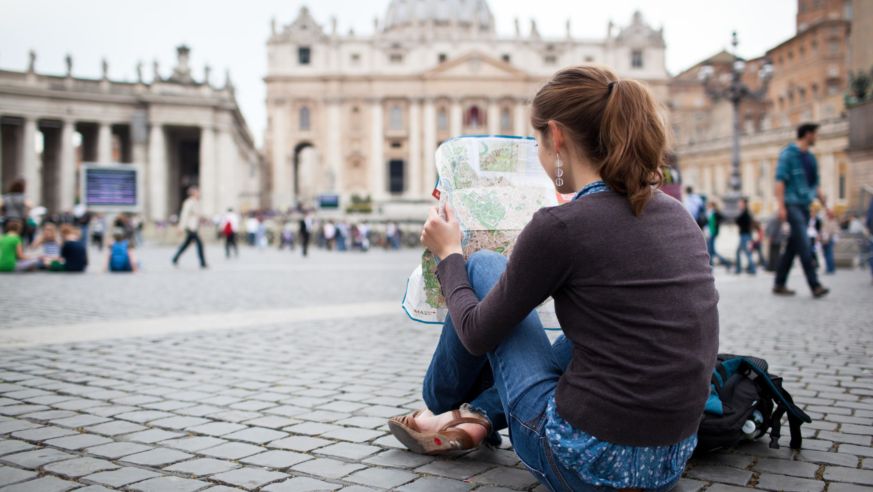 Read this honest, fascinating Q&A for real talk about how other countries view Americans—plus useful tips for how to behave well and enjoy the culture when traveling overseas.

We've all seen "those" travelers: loud American tourists wearing bright clothing (and even brighter sneakers) and letting their kids run rampant everywhere from Italian piazzas to American national parks. We know you, a Budget Travel reader, would never behave like they do, have you ever wondered exactly what other countries think of us—travelers and non-travelers alike?

We asked world traveler and Norwegian journalist René Zografos, author of Attractive Unattractive Americans: How the World Sees America, for some real talk about how foreign citizens view Americans. Read on for his honest answers and tips on what you must do—and NEVER do—to be a good ambassador for your country.

Q. What would Americans be most surprised to hear regarding how other countries view us?

A. "The positive: Americans are very popular. Many people I interviewed while I was writing Attractive Unattractive Americans asked me to say how grateful they are to the Americans for what their soldiers have done abroad to help people after hurricanes, earthquakes, tsunamis, etc. So on behalf of many people in the world: thank you, Americans!

"The negative: Many people think that American pop culture is pretty shallow. And they hate American fast food: Not only because it’s causing diseases almost all over the world, but also because it kills local business for local farmers."

A. "Scandinavian countries like Denmark, Sweden and Norway—but to be honest, many countries in the world like American travelers because they know how to behave, are friendly, outgoing, and appreciate our planet. It’s the Americans who don’t travel that people have more problems with."

Q. Which countries have a low opinion of American tourists? Why?

A. "Southern Europe in general: Greece, France, and Italy. People think Americans are “sticky” and that they act like they know better and look down on other people. In the south of Europe, there is a quieter lifestyle that clashes with the American way. I’ve found the same views in some Asian countries like Thailand."

Q. What are the top three ways to avoid being an “ugly American” overseas?

A. "1) Take your time to blend in to other cultures. Eat local food, talk to local people, and immerse yourself in local customs... At a restaurant, enjoying the experience—leave your phones and tablets behind. 2) Don’t rush from one place to another. Take a deep breath and de-stress! 3) Listen to others with respect. Talk less. Remember: We are all equal."

Q. Let's talk about clothing. Is there a rule of thumb that Americans can abide by so we blend in better overseas?

A. "Americans are gear freaks. They have to have the best and have all the latest gadgets, and they like to show off to others. They walk around with the most expensive cameras, phones, and handbags. Have respect for other cultures' costumes when it comes to dress codes. Otherwise, Americans abroad dress quite well (and way better than many other countries!)."

Q. What's one especially rude behavior that we should consciously try to avoid when traveling?

A. "Talking loud for sure. No one really understands why Americans must stand in a square and shout at each other so everyone can hear them. It’s like: “I’m an American, so you all better listen!” Also: the way Americans polluting the world, buying and throwing things away without thinking of Mother Nature."

Q. Finally, what suggestion do you have for American travelers who want to get the richest cultural experience possible?

A. "Don’t bring so much stress with you. Don’t rush from one city to another. Stay longer in one place, and explore the surroundings there. Many Americans feel like they have to see everything in a few days. Paris one day, London the next…but can you really see Paris or London in one day? The greatest gift of traveling is getting to know new places and people in an authentic way—and to maybe even make some friends that will last your whole life."