Wikipedia
Cleveland County is a county located in the foothills of the Blue Ridge Mountains and the western Piedmont, and on the southern border of the U.S. state of North Carolina. As of the 2010 census, the population was 98,078. Its county seat is Shelby.Cleveland County comprises the Shelby, NC Micropolitan Statistical Area. This is included in the Charlotte-Concord, NC-SC Combined Statistical Area. In the late 19th and early 20th century, this was an area of textile mills.

Find more things to do, itinerary ideas, updated news and events, and plan your perfect trip to Cleveland County
ADVERTISEMENT

Gaston County is a county in the U.S. state of North Carolina. As of the 2010 census, the population was 206,086. The county seat is Gastonia. Dallas served as the original county seat from 1846 until 1911. Gaston County is included in the Charlotte-Concord-Gastonia, NC-SC Metropolitan Statistical Area. It is the fourth largest county in the metropolitan area, behind Mecklenburg County, York County and Union County as of the 2018 US Census estimates. It is located in the southern Piedmont region. Of North Carolina's 100 counties, Gaston County ranks 74th in size, consisting of approximately 364.5 square miles (944 km2), and is tenth in population. The county has fifteen incorporated towns. In addition to fifteen incorporated towns and cities, there are several unincorporated communities such as Hardin, Lucia, Crowders Mountain, Sunnyside, Alexis, Tryon, and North Belmont.

Burke County is a county located in the U.S. state of North Carolina. As of the 2010 census, the population was 90,912. Its county seat is Morganton.Burke County is part of the Hickory–Lenoir–Morganton, NC Metropolitan Statistical Area. The first European settlement in the interior of present-day North Carolina (and what would become the United States) was made by the Spanish Juan Pardo expedition in 1567, when they built Fort San Juan at Joara, a large chiefdom of the Mississippian culture. His forces built another five forts to the west along the mountains, in Cherokee and Coosa territory. In 1568 the Native Americans killed all but one of the Spanish soldiers stationed at these six forts and burned the structures down. The Joara site was abandoned and lost for centuries. The other fort sites have not been located. No other Europeans settled here for about 200 years. After excavations in the late 20th and early 21st centuries, archeologists in 2013 announced having found remains of Fort San Juan at Joara. The evidence changed the record of European colonization attempts, as the Spanish had a sustained, though brief, settlement in North America 40 years before that of the English at Jamestown, Virginia.

Hickory is a city located primarily in Catawba County, with formal boundaries extending into Burke and Caldwell counties. The city lies in the U.S. state of North Carolina. Hickory's population at the 2010 census was 40,010 (primarily in Catawba County), with an estimated population in 2019 of 41,171. Hickory is the principal city in the Hickory–Lenoir–Morganton MSA, in which the population at the 2020 census was 365,276 and is located just northwest of the Charlotte–Concord Combined Statistical Area. 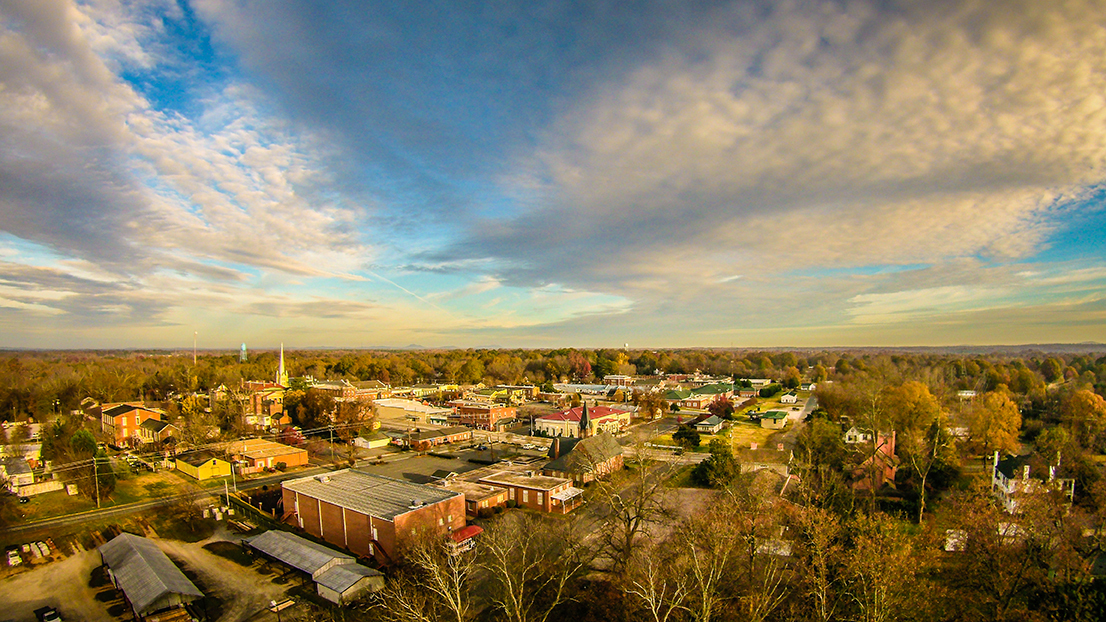 York County is a county in the U.S. state of South Carolina. As of the 2010 United States Census, the population was 226,073. Its county seat is the city of York, and its largest city is Rock Hill. The county is served by one interstate highway, I-77. York County is part of the Charlotte-Concord-Gastonia Metropolitan Statistical Area.