Wikipedia
Union County is one of the 36 counties in the U.S. state of Oregon. As of the 2010 census, the population was 25,748. Its county seat is La Grande.Union County comprises the La Grande, OR Micropolitan Statistical Area. It is one of the eight counties of eastern Oregon. 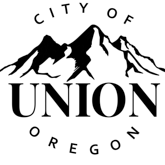 Find more things to do, itinerary ideas, updated news and events, and plan your perfect trip to Union County
ADVERTISEMENT

Baker City is a city in and the county seat of Baker County, Oregon, United States. It was named after Edward D. Baker, the only U.S. Senator ever killed in military combat. The population was 9,828 at the time of the 2010 census.

This is a complete List of National Historic Landmarks in Oregon. The United States National Historic Landmark (NHL) program is operated under the auspices of the National Park Service, and recognizes buildings, structures, districts, objects, and similar resources nationwide according to a list of criteria of national significance. The state of Oregon is home to 17 of these landmarks, two of which extend beyond Oregon's borders into other states, as well as one site from which NHL status was withdrawn upon its destruction.