Wikipedia
Lexington is the largest town in and the county seat of Lexington County, South Carolina, United States. It is a suburb of the state capital, Columbia. The population was 17,870 at the 2010 Census, and it is the second-largest municipality in the greater Columbia area. The 2019 estimated population is 22,157. According to the Central Midlands Council of Governments, the greater Lexington area had an estimated population of 111,549 in 2020 and is considered the fastest-growing area in the Midlands. Lexington's town limits are bordered to the east by the city of West Columbia. T
Find more things to do, itinerary ideas, updated news and events, and plan your perfect trip to Lexington
ADVERTISEMENT
Omaze

Lake Murray is a reservoir in the U.S. state of South Carolina. It is approximately 50,000 acres (20,000 hectares) in size, and has roughly 650 mi (1,050 kilometres) of shoreline. It was impounded in the late 1920s to provide hydroelectric power to the state of South Carolina. Lake Murray is fed by the Saluda River, which flows from upstate South Carolina near the North Carolina state line. The Saluda Dam (officially the Dreher Shoals Dam) was an engineering feat at the time of its construction. The dam, using the native red clay soil and bedrock, was the largest earthen dam in the world when it was completed in 1930. Lake Murray itself is named after the project's chief engineer, William S. Murray. The Saluda Dam is approximately 1.5 miles (2.4 km) long and 220 feet (67 m) high. Lake Murray is 41 miles (66 km) long, and 14 miles (23 km) wide at its widest point. At the time when the lake was finished, it was the world's largest man-made reservoir. In addition to serving as a source of hydroelectric power for the region, the lake has become a recreational attraction, with fishing and boating being popular activities. Also, Dreher Island State Recreation Area, located in the Western part of the lake, provides multiple activities—all focused on the lake.

South Carolina was one of the original thirteen states of the United States. European exploration of the area began in April 1540, with the Hernando de Soto expedition, who unwittingly introduced new Eurasian diseases that decimated the local Native American populations, because they lacked immunity. In 1663, the English Crown granted land to eight proprietors of what became the colony. The first settlers came to the Province of Carolina at the port of Charleston in 1670. They were mostly wealthy planters and their slaves coming from the English Caribbean colony of Barbados. They started to develop their commodity crops of sugar and cotton. The Province of Carolina was split into North and South Carolina in 1712. Pushing back the Native Americans in the Yamasee War (1715–17), colonists next overthrew the proprietors' rule, seeking more direct representation. In 1719, South Carolina was officially made a crown colony. In the Stamp Act Crisis of 1765, South Carolina banded together with the other colonies to oppose British taxation and played a major role in resisting Great Britain. It became independent in March 1776 and joined the United States of America. The Revolutionary War was bloody and hard-fought in South Carolina from 1780–81, as the British invaded, captured the American army, but were finally driven out. In the early decades, the colony cultivated cotton on plantations of the sea islands and Low Country, along with rice, indigo and some tobacco as commodity crops, all worked by African slaves, most from West Africa. In the 19th century, invention of the cotton gin enabled profitable processing of short-staple cotton, which grew better in the Piedmont than did long-staple cotton. The hilly upland areas, where landowners were generally subsistence farmers with few slaves, were much poorer; a regional conflict between the coastal and inland areas developed in the political system, long dominated by the Low Country planters. With outspoken leaders such as John C. Calhoun, the state vied with Virginia as the dominant political and social force in the South. It fought federal tariffs in the 1830s and demanded that its rights to practice slavery be recognized in newly established territories. With the 1860 election of Republicans under Abraham Lincoln, who vowed to prevent slavery's expansion, the voters demanded secession. In December 1860, the state was the first to secede from the Union, and in February 1861, it joined the new Confederate States of America. In April 1861, the American Civil War began when Confederate forces attacked the American fort at Fort Sumter in Charleston harbor. After the collapse of the Confederacy in 1865, South Carolina underwent Reconstruction from 1865 to 1877. Congress shut down the civilian government in 1867, put the army in charge, gave Freedmen (freed slaves) the opportunity to vote, and prevented former Confederates from holding office. A Republican legislature supported by Freedmen, northern carpetbaggers and white Southern scalawags, created and funded a public school system, and created social welfare institutions. The constitution they passed was kept nearly unaltered for 27 years, and most legislation passed during the Reconstruction years lasted longer than that. By 1877, the white conservatives, calling themselves "Redeemers", had regained political power. In the 1880s, Jim Crow laws were passed that were especially severe in the state, to create public segregation and control movement of African-American laborers. After 1890, almost all blacks lost their political vote, until federal legislation of the Voting Rights Act of 1965. The Civil War would ruin the states economy, and continued over reliance on agriculture as its main economic base, made South Carolina one of the poorer states economically in the country. In the late 19th century, educational levels were low, as public schools were underfunded, especially for African Americans. Most people lived on small farms and grew crops such as cotton. The more affluent landowners subdivided their land into farms operated by tenant farmers or sharecroppers, along with land operated by the owner using hired labor. Gradually more industry moved into the Piedmont area, with textile factories that processed the state's raw cotton into yarn and cloth for sale on the international market. Starting in the late 19th century, the state would politically become part of the Democratic Solid South (1877–1964), after white Southern Democrats regained control of the state legislature and governor's office in 1876. They would disfranchise African Americans by a new state constitution in 1895, and no black officials would be elected between 1900 and 1970. In the first half of the 20th century, many blacks left the state to go to northern cities during the Great Migration. Whites rigidly enforced segregation in the Jim Crow era, limiting African Americans' chances for education, free public movement, and closing them out of the political system. The federal Civil Rights laws of the 1960s ended segregation and protected the voting rights of African Americans. African Americans had been affiliated with the Republican Party, but after 1964, became intensely loyal Democrats, while most white conservatives flipped to being Republican. The main economic driver of cotton production ended by the 1950s. As more factories were built across the state, the great majority of farmers left agriculture occupations. Service industries such as tourism, education, and medical care would grow rapidly within the state. Textile factories started to fade after the 1970s, with offshore movement of those jobs to other countries. By 2000, the white majority of South Carolina voted solidly Republican in presidential elections, however the state and local government elections are contested by both parties. South Carolina's population continued to grow throughout the 20th century, reaching 4 million in 2000. Coastal areas would become prime locations for tourists and retirees. The state poverty rate of 13.5% is slightly worse than the national average of 11.7%. 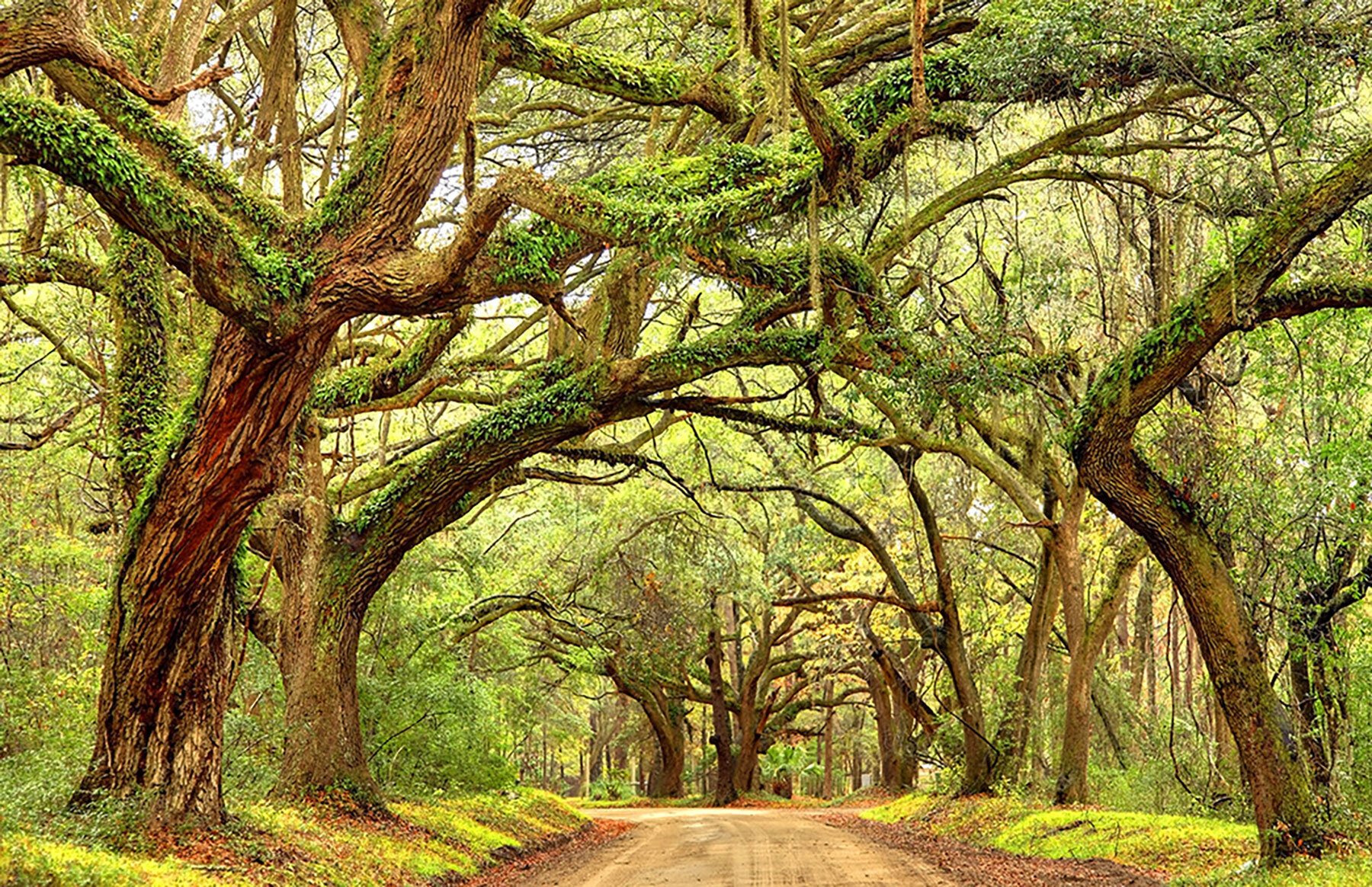 Aiken is the largest city in, and the county seat of, Aiken County, in western South Carolina, United States. With Augusta, Georgia, it is one of the two largest cities of the Central Savannah River Area. It is part of the Augusta-Richmond County Metropolitan Statistical Area. Founded in 1835, Aiken was named after William Aiken, the president of the South Carolina Railroad. It became part of Aiken County when the county was formed in 1871 from parts of Orangeburg, Lexington, Edgefield, and Barnwell counties. Aiken is home to the University of South Carolina Aiken. According to 2019 U.S. Census estimates, its population was 30,869. The National Civic League gave Aiken the All-America City Award in 1997. Aiken was also named "best small town of the South" by Southern Living.